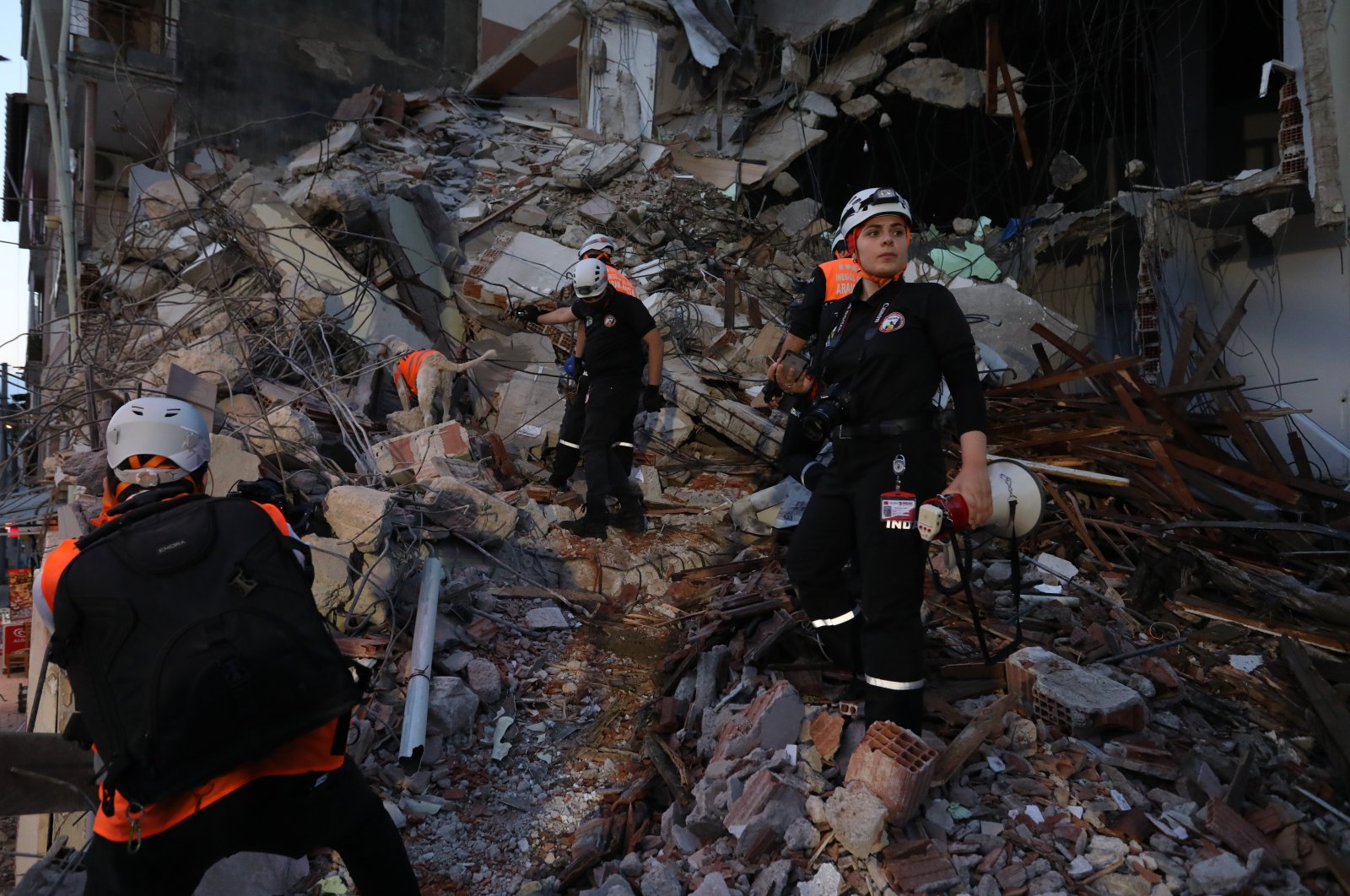 Tuesday is the 22nd anniversary of one of the biggest earthquake catastrophes in Turkish history, which killed thousands in northwestern Turkey. But the country is not yet safe from tremors as powerful as the 7.4 magnitude quake that flattened towns on Aug. 17, 1999. Professor Ziyadin Çakır, a geology engineering expert from Istanbul Technical University (ITÜ), says the Marmara region, which was affected by the 1999 earthquake, still has fault lines despite having not been "impacted by any earthquake for a long time.”

“We expect earthquakes on some parts of those fault lines. As a matter of fact, there may be an earthquake that could reach 6.5 magnitude anywhere in Turkey at any time,” he warned.

His remarks echo the statements of many of his fellow earthquake experts in the country. Çakır says the country should focus on “preparations” against earthquakes instead of predicting the time of disaster.

The country is prone to such disasters as it is crisscrossed with active fault lines. Since 1999, it has witnessed more deadly earthquakes, from Van and Elazığ in the east to Izmir in the west. The last major earthquake, which hit Izmir in 2020 at a magnitude of 6.6, claimed 115 lives in the western province.

The 1999 earthquake was a stark warning for the country to get prepared for another “big one” and was followed by an overhaul of construction regulations and awareness campaigns. Some reinforced their houses against potential earthquakes while the government undertook an ambitious “urban transformation” campaign to demolish old buildings and replace them with sturdy ones. Çakır says Istanbul, the country’s most crowded city with a population of more than 15 million people, “luckily” has not seen any major earthquakes since 1999 but is still not “prepared” enough.

"The city’s building stock has been renewed since 1999, and public buildings from schools to hospitals were renovated and rebuilt. But it is still not on an ideal level,” he told Anadolu Agency (AA) on Monday. He said there were still hundreds of thousands of buildings in Istanbul constructed before the 2000s, and some were located on “unstable” ground. “Old buildings with more than five floors are particularly risky to reside in,” he warned. “I hope there won’t be a big earthquake in the next two decades and that all the old buildings will be transformed,” he said. “Istanbul is not directly located atop the fault lines. The nearest fault line is at a distance of 15 to 20 kilometers (9 to 12 miles). Still, I advise people not to buy any houses built before 2000,” he warned.

Figures vary on the damage that Istanbul will sustain in "a big one,” but, a report by the Urban Transformation and Urbanization Foundation (KENTSEV) says 491,000 buildings will suffer damage in a 7.5 magnitude earthquake in the city. More than 13,000 among them will sustain the “heaviest damage.” The figures show more than 6 million people live in those buildings. KENTSEV’s report says Fatih, a historic district on the city’s European side, will sustain the heaviest damage, ahead of Büyükçekmece, another district on the European side.

Nationwide, Turkey has experienced 300,000 earthquakes since 2010. Associate professor Bülent Özmen, an earthquake engineering expert at Gazi University, says in the first seven months of 2021 alone, 15,196 earthquakes were recorded, including six around magnitudes of 5.0 and 6.0. April had the highest number of earthquakes at 2,505, Özmen told AA. “The data we have shows the Earth’s crust has a continuing tension. We have nearly 1,000 active fault lines with a potential to generate earthquakes,” he said.