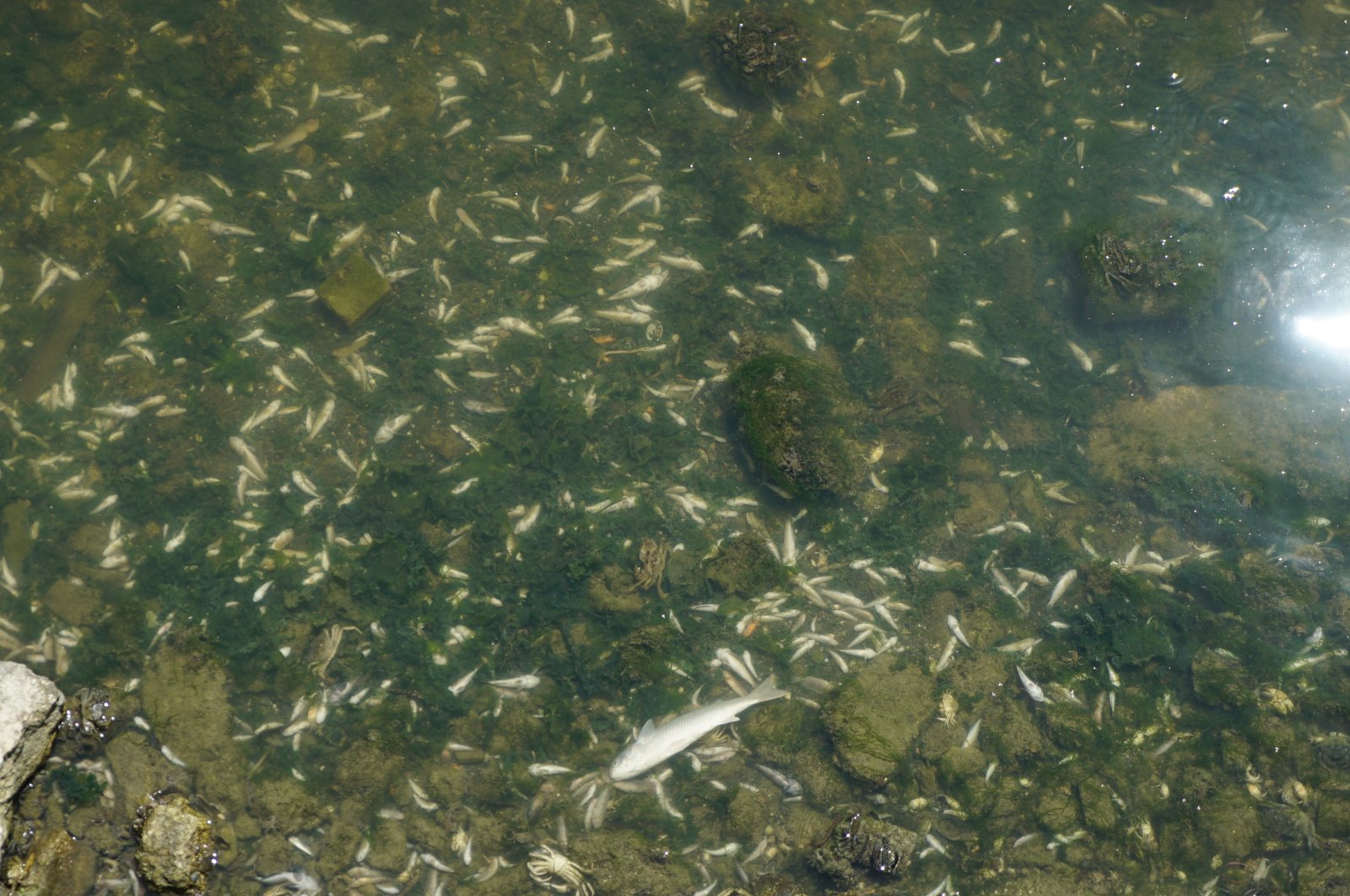 Thousands of fish and crabs were found washed ashore in Istanbul’s Lake Küçükçekmece on Sunday, raising fears among locals about potential environmental hazards.

While marine life washing ashore is not an unfamiliar scene, the sheer number of dead fish and crabs floating near the lake’s shore prompted residents to contact authorities.

Speaking to Anadolu Agency, Istanbul’s Agriculture and Forestry Manager Ahmet Yavuz Karaca said a team of scientists had been dispatched to investigate the incident.

“We picked up a few of the dead fish and collected samples of water from the lake to analyze. We will inform the public once we know more. A similar thing happened a few months back, but this time the scale is much bigger,” Karaca said, without explaining the details of the previous incident.

According to local fishermen whose livelihoods depend on the lake, the culprit is pollution.

“All our fish have begun to die. The toxic waste from nearby factories plays a large part in these mass deaths. The lake’s waters have turned to slime in recent years,” Emin Şence said.

Another fisherman said people swam regularly in the lake and that he feared the potential toxicity in the lake could adversely affect people’s health.

“There are beaches on both sides of the lake. Women and children swim there. We try to warn them not to enter, but they don’t listen,” Osman Seyhan said.

As authorities try to determine the cause of the mysterious deaths, Istanbul Metropolitan Municipality also launched a cleanup detail to remove the carcasses from shores.