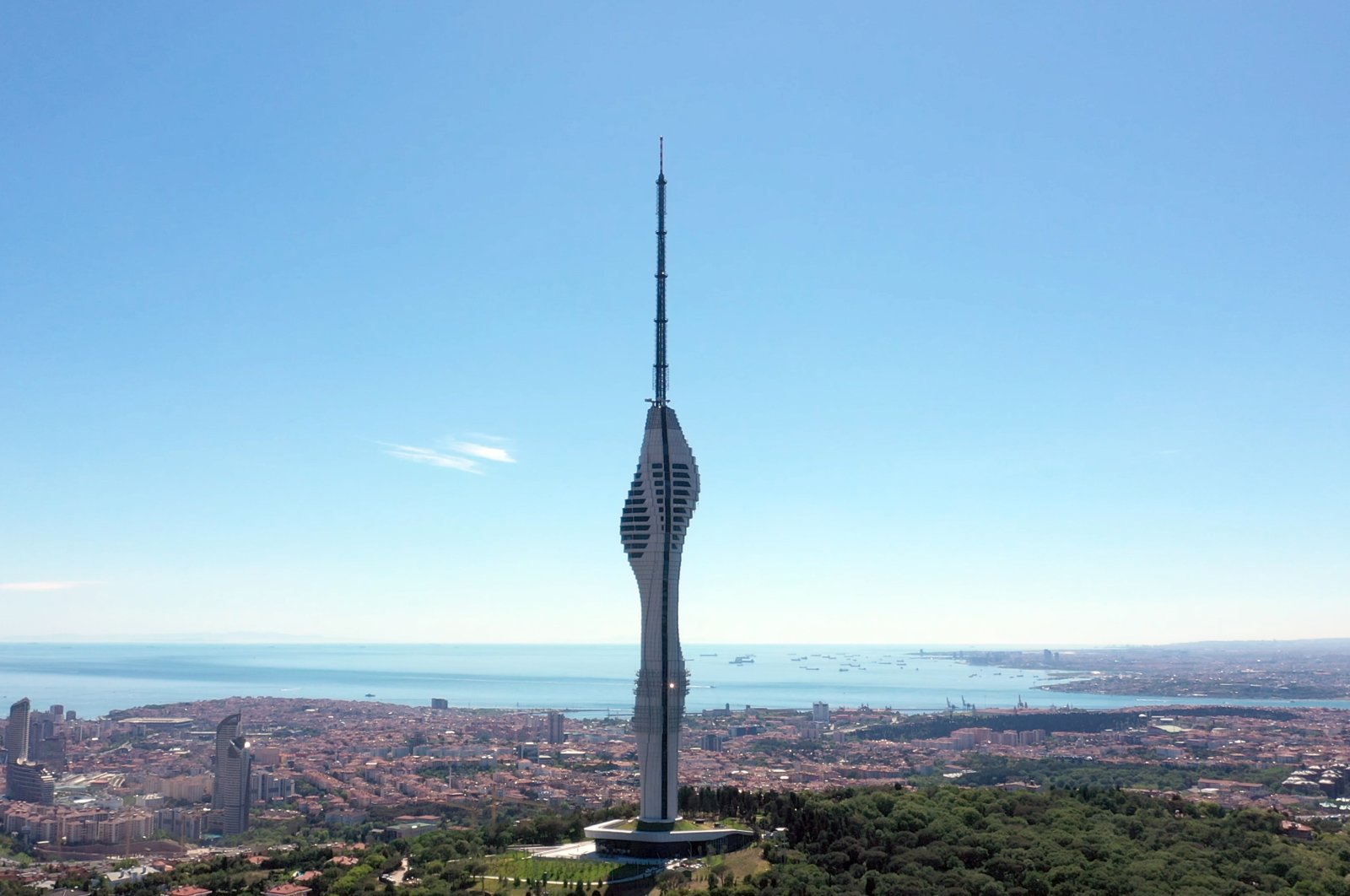 A new, massive telecommunications tower was inaugurated Saturday in the Turkish metropolis Istanbul.

The tower, which is the tallest structure in Istanbul, is located on Küçük Çamlıca Hill on the Asian side of the city. The 369-meter (1,211-foot) tower provides a unique view of the city and includes a restaurant and an observation deck.

"I pray that our Çamlıca Tower, which will serve television, radio and media organizations as well as communication operators, will be beneficial for our country and our city. We have successfully implemented this project, which will set an example not only in our country but also in the whole world," President Recep Tayyip Erdoğan said during the inauguration ceremony.

Thanks to the tower, authorities were able to "put an end to visual pollution in Çamlıca," Erdoğan noted as previously the hill was dotted by scattered, giant and outdated TV antennae. Since March 2016, when construction of the tower began, most of the antennae have been removed.

Hailing the structure as a new symbol of Istanbul, the president also said the government plans to use the same model throughout Turkey "where conditions allow."

The tower's 39th and 40th floors will house one restaurant each and observation decks will be set up on the 33rd and 34th floors. The tower will also feature exhibition spaces, a panoramic elevator and cafes.