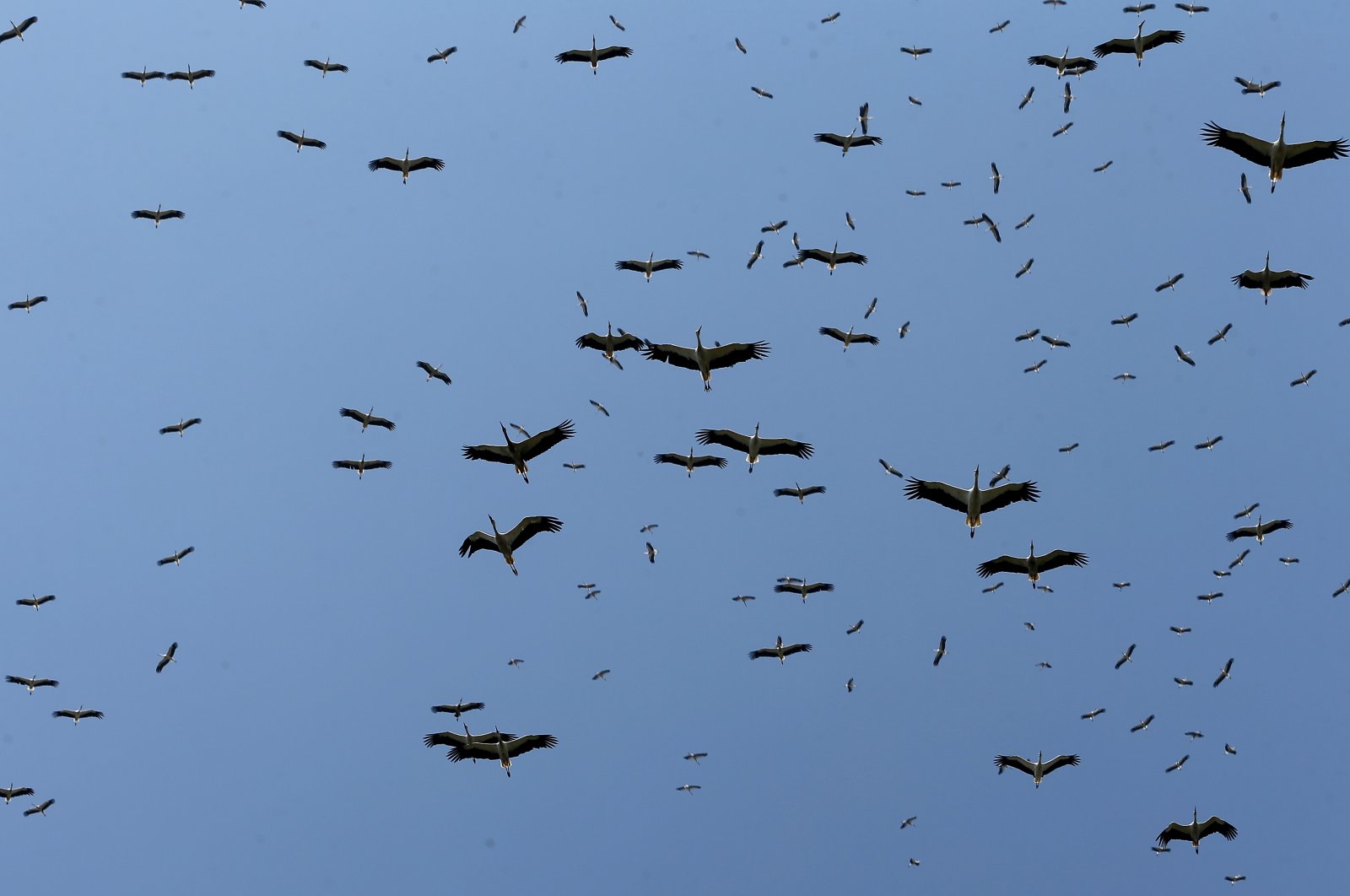 An estimated 1 million storks have stopped in Turkey on their way to Africa for the upcoming winter.

Istanbul, one of their stopovers en route to Africa from Europe, also remains a danger due to ubiquitous power lines and the birds' habit of resting on pylons.

Staff from the local electricity utility have been working strenuously to isolate power lines for storks to perch on safely. Emrah Kalkan, an official from BEDAŞ, Istanbul’s main electric provider, says they have been working both for the safety of storks and other animals and to ensure uninterrupted power for the city's over 15 million residents, as the electrocution of birds can also mean a suspension of power supplies.

So far, the company has allocated millions of Turkish liras to cover some 5,800 pylons with isolating material to protect the storks from electrocution.

Officials say power problems in this season in certain parts of Istanbul, like Silivri, on the European side, mostly stem from birds.

Dr. Arzu Gürsoy Ergen, a biology expert from Ankara University, says the storks, whose breeding grounds lie in Europe, travel to Africa through the Balkans and Turkey.

"Pylons kill around 1.8 million birds in Germany but we don’t have data on storks that die here," she said.