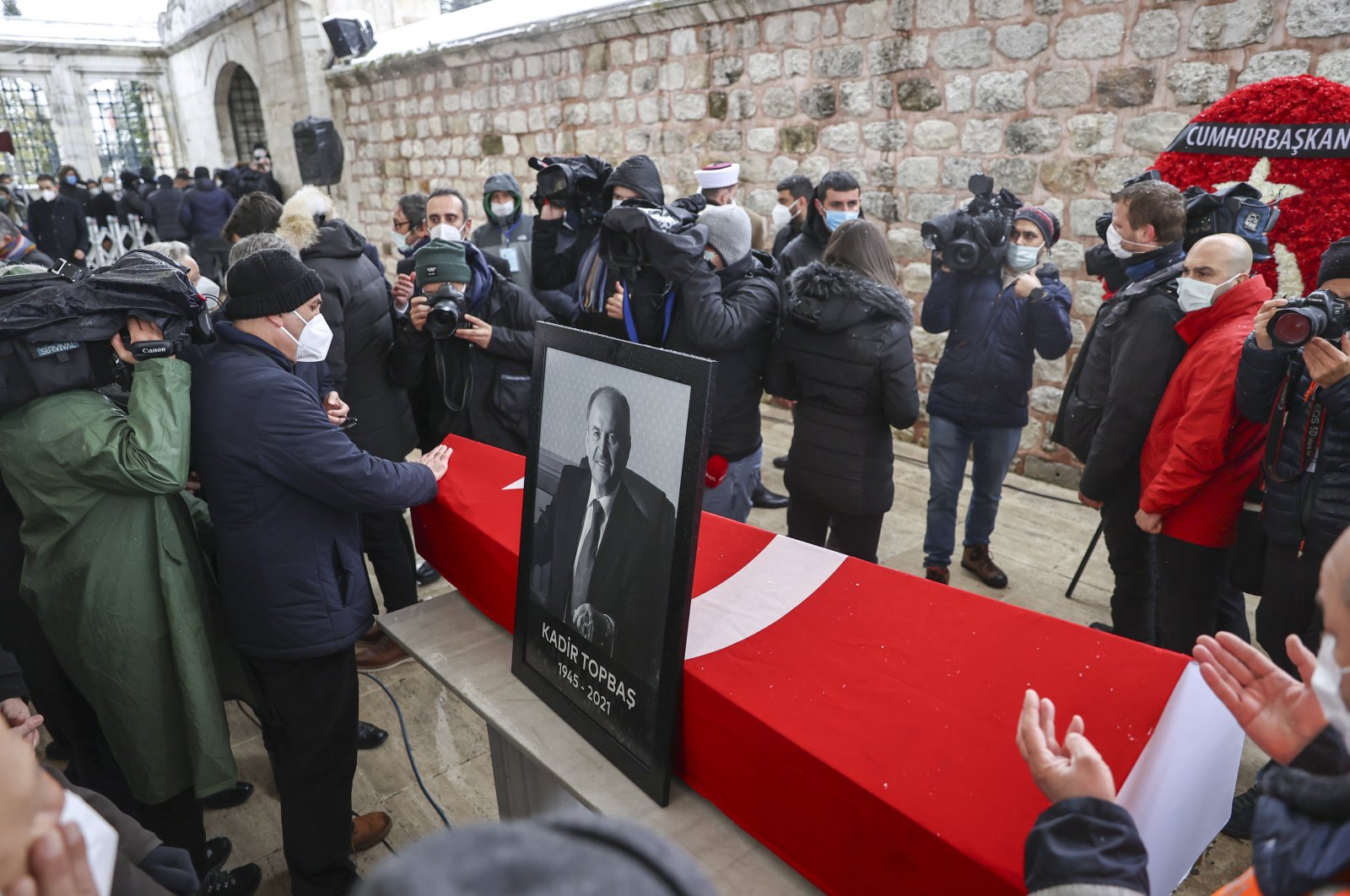 A funeral was held on Sunday for Kadir Topbaş, Istanbul’s longest serving mayor, in the city he spent his life. President Recep Tayyip Erdoğan, ministers, politicians and a large crowd were among those at the funeral for “Kadir Abi” or “Brother Kadir” as he was fondly remembered.

He was hospitalized for coronavirus in November 2020 and was embattled with multiple organ failure after his recovery, before his death at the age of 76 on Saturday.

Topbaş was buried at the Fatih Mosque cemetery after funeral prayers, which followed a separate ceremony at the municipality he helmed. He is survived by three children and his wife.

Erdoğan, who cut short his Black Sea trip upon the passing of Topbaş, made a speech after the funeral prayers. He reminisced about his first meeting with Topbaş while both were attending the same high school in Istanbul. “He was my senior, and I always called him ‘brother Kadir.’ Our friendship continued throughout his life,” the president said in his speech. “Coronavirus took away many friends. We are facing a great disaster. May Allah help us,” he added.

An architect before his foray into politics, Topbaş succeeded Ali Müfit Gürtuna as the city’s mayor in 2004, a post he kept for 13 years, becoming the first to win three successive elections. Prior to that, he served as mayor of Istanbul’s Beyoğlu district between 1999 and 2004 as a member of the Fazilet (Virtue) Party.

His reconciliatory tone endeared him to the city’s residents, and Topbaş is credited with an overhaul of the country’s most crowded metropolis. One of his biggest achievements was expanding Istanbul’s metro line and introducing the Metrobus, an exclusive-lane bus service that largely shoulders the city's traffic burden. Under his terms, Istanbul had a large number of new parks, cultural centers and sports facilities erected while historical structures had their former glory restored.

He launched his political career in 1973 as deputy chair of the Beyoğlu branch of the National Salvation Party (MSP) in 1973. He continued serving in various posts in its successor Refah (Welfare) Party. When Erdoğan was elected Istanbul mayor in 1994, he served as his adviser.

“It is a great honor to be elected as a mayor of a city like Istanbul. Kadir Topbaş had this honor four times, as Beyoğlu and later Greater Municipality mayor,” current Istanbul Mayor Ekrem Imamoğlu said at the municipality hall ceremony. “Topbaş holds an esteemed place both for the people of Istanbul and the municipality. He won people’s hearts with his services to the city and will always be remembered. He was also in a different place in politics as his attitude focused on not breaking anyone's heart. May Allah bless him,” Imamoğlu said.