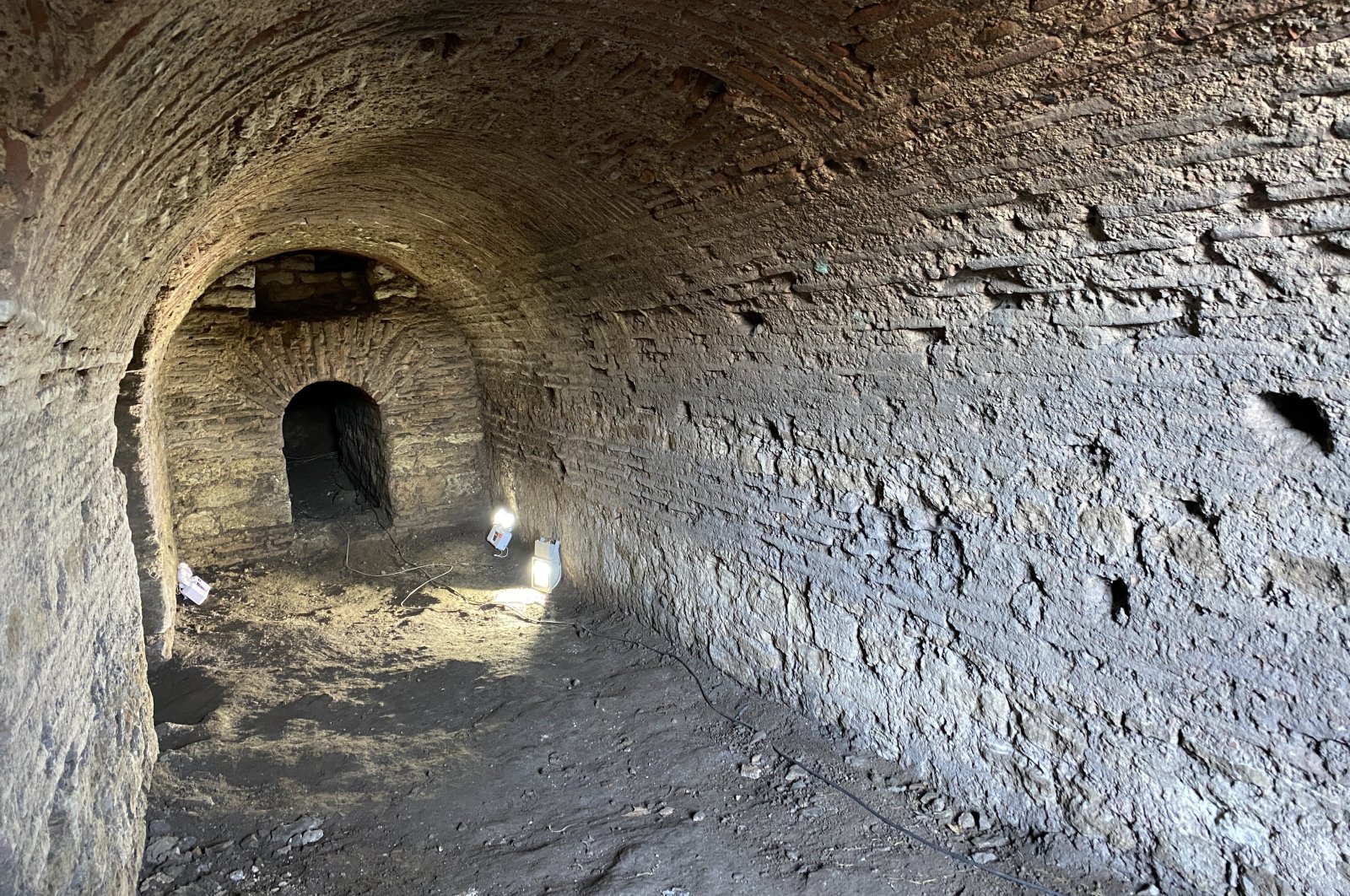 An archaeological survey of the ground beneath the courtyard of Topkapı Palace, the spectacular Ottoman palace in Istanbul, has uncovered a Roman-era gallery. The passage, consisting of three sections, is thought to have served as a cistern to collect rainwater in the pre-Ottoman period.

Topkapı is located in the historic Fatih district in the capital of the Ottoman and Byzantine empires. The area is home to a trove of landmarks from the Roman era, including monasteries and churches, and is within walking distance of Yerebatan, also known as the Basilica Cistern.

The Directorate of National Palaces, which oversees its preservation, recently began archaeological excavations of the palace’s courtyards. The gallery was uncovered during the excavation of the First Courtyard, which is the largest of the courtyards. The courtyard overlooks the sea, has a steep slope and was once home to the Aya Irini (Hagia Irene) church,

Professor Ahmet Çapoğlu, deputy director at the Directorate, said they found the gallery when doing new landscaping on the courtyard in search of traces of Byzantine history at the site. “The gallery is located near Bab-ı Hümayun (Imperial Gate south of the palace where the sultan would enter the palace). A ground cistern was already discovered during excavations in the past on the same location,” he told Ihlas News Agency (IHA) on Thursday.

Çapoğlu said a further excavation would be conducted to work out whether the gallery is connected to others.