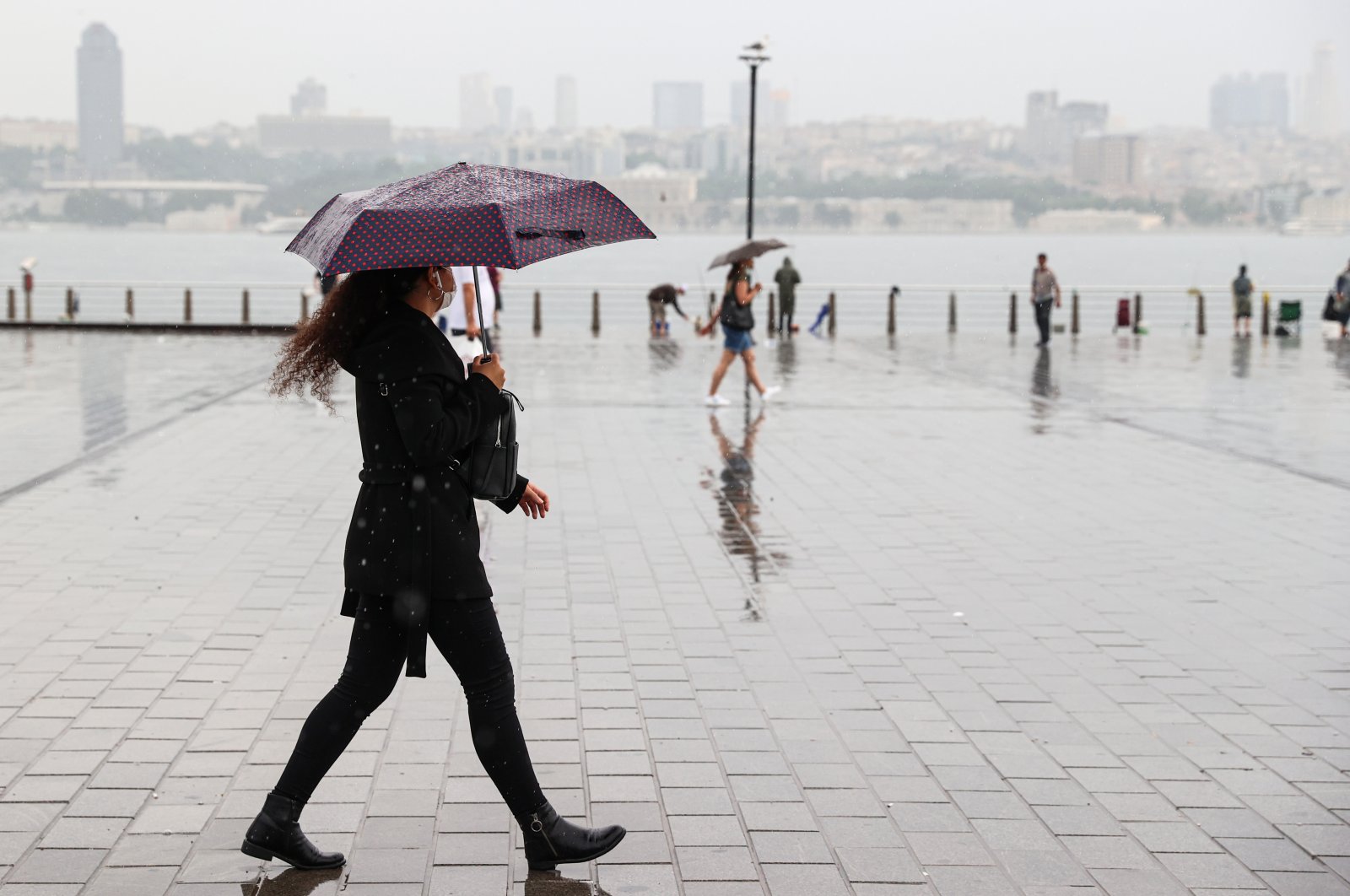 Meteorology experts warned that supercell, a weather system characterized by sporadic, heavy rainfall, is likely to affect the Marmara region where Turkey’s most crowded city Istanbul is located. Bad weather will hit Sakarya, Kocaeli and Yalova later Tuesday, as well as Düzce, east of the Marmara region. Authorities warn about possible flash floods.

On Monday and Tuesday, sporadic but local precipitation took place in Istanbul, a rare occurrence in July. Rainfall on Tuesday morning led to traffic snarls on the European side of the city. However, meteorology experts warn of worse. The forecast for Tuesday shows heavy rainfall may be accompanied by hailstorms. Experts also warn of strong winds hailing from the Black Sea that may escalate into storms in Düzce, Sakarya and Kocaeli provinces and could create local tornadoes.

The weather forecast shows cloudy weather will take hold in most of the country with rainfall in the majority of provinces, though temperatures will mostly be around seasonal normal.

Rainfall may help Istanbul facing water woes after a dry spell. However, heavy rainfall is not common in the country, although last year was marked with instances of extreme weather.

Official data by Turkish State Meteorological Services (TSMS) shows that a total of 984 weather disasters swept the country last year, and the most common was heavy rainfall and associated floods with 297 cases, followed by 262 incidences of severe storms. Climate change is the main culprit in the unprecedented rise. The phenomenon also changes the length and impact of disasters, while previously unseen or rarely seen extreme weather incidents are slowly becoming commonplace.