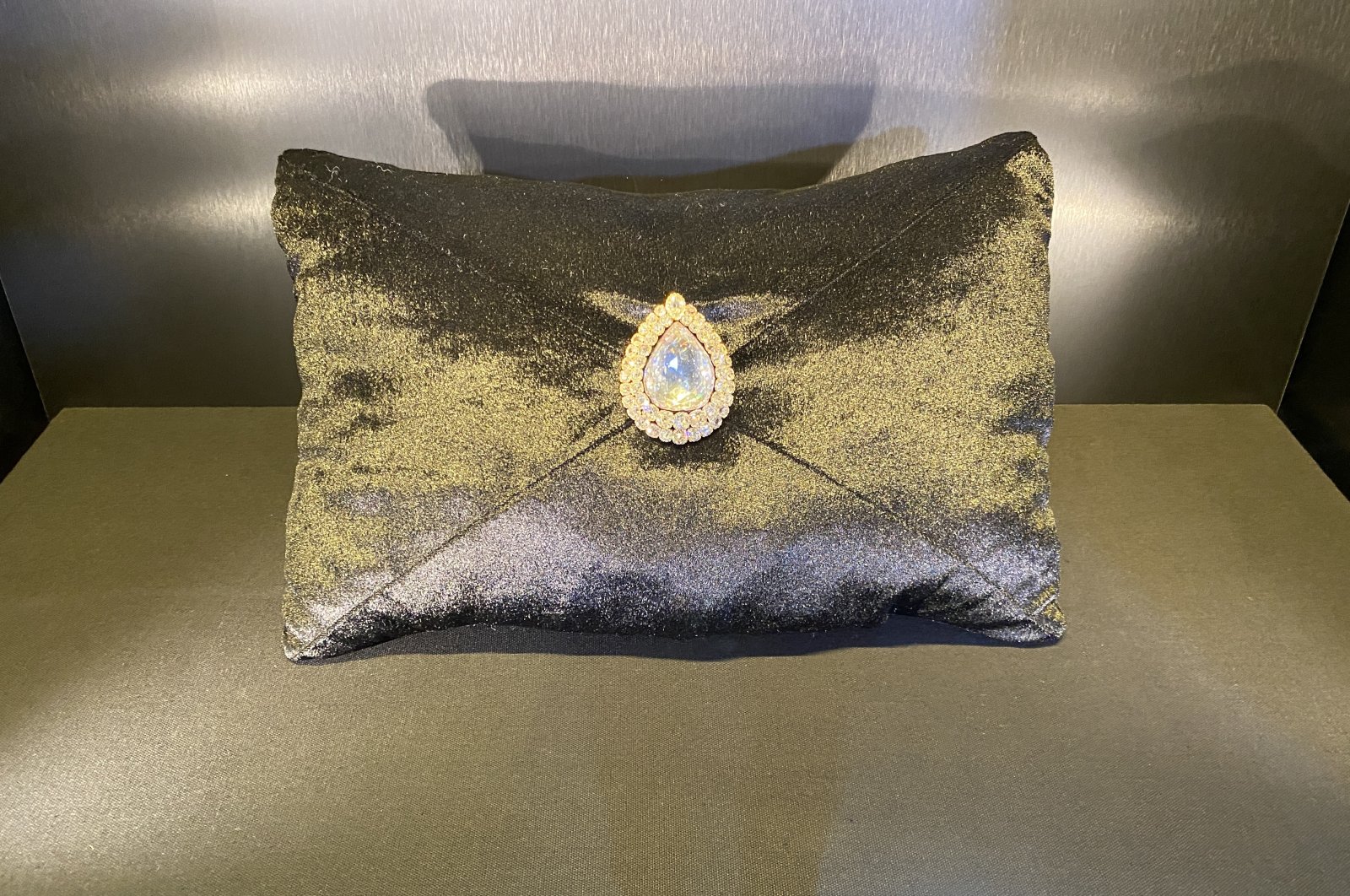 Social media, a haven for fake news, was awash over the past two days with allegations that the Kaşıkçı (Spoonmaker) Diamond, a precious piece of Ottoman treasures on display at Topkapı Palace, was “missing.” Some claimed the original piece was replaced with a false one, while others went as far as claiming the diamond was “completely missing.”

Speaking to reporters in front of the display of the diamond on Thursday, an official in charge of the palace museum denied the allegations, adding the rumors, which were spread by a number of social media accounts linked to terrorist groups, most likely sought to “undermine tourism.” Indeed, most of the social media accounts sharing the rumors almost unanimously shared the claims that several precious artifacts, including golden vases in Dolmabahçe Palace, artifacts at a popular ancient mosaic museum and others “worth millions of dollars,” were missing. Veli Ağbaba, deputy chair of the opposition Republican People’s Party (CHP), had claimed “thefts increased” from museums and implied that “some people might have been aware of the theft and allowed it,” referring to the government.

Ilhan Kocaman, an official from the Directorate of National Palaces in charge of Topkapı Palace, invited journalists to the palace’s section where the diamond has been on display for past 32 months after it was removed during restoration. “We believe these baseless claims aim to undermine tourism, at a time the number of our visitors returned to pre-pandemic levels,” he said.

Kocaman highlighted that Topkapı Palace was handed over to the administration of the Directorate of National Palaces of the Turkish Presidency a few years ago and about 200,000 artifacts inside were meticulously counted and examined during the process. “We have every security measure in place for their protection,” he said. He also noted that the diamond, along with a precious dagger from the Ottoman times, have been kept in a storage unit inside the palace, and visitors have kept asking about them. “They were kept in storage after Fatih Kiosk, where they were on display, went under restoration in 2014. Upon demand, they were taken to an exhibition hall of the palace where Ottoman-era weapons are on display. For the past 32 months, they have been there,” he said.

He also denied allegations that it was replaced with a false diamond, noting that the diamond has been subject to round-the-clock security measures and in the past, was checked for authenticity “multiple times.”