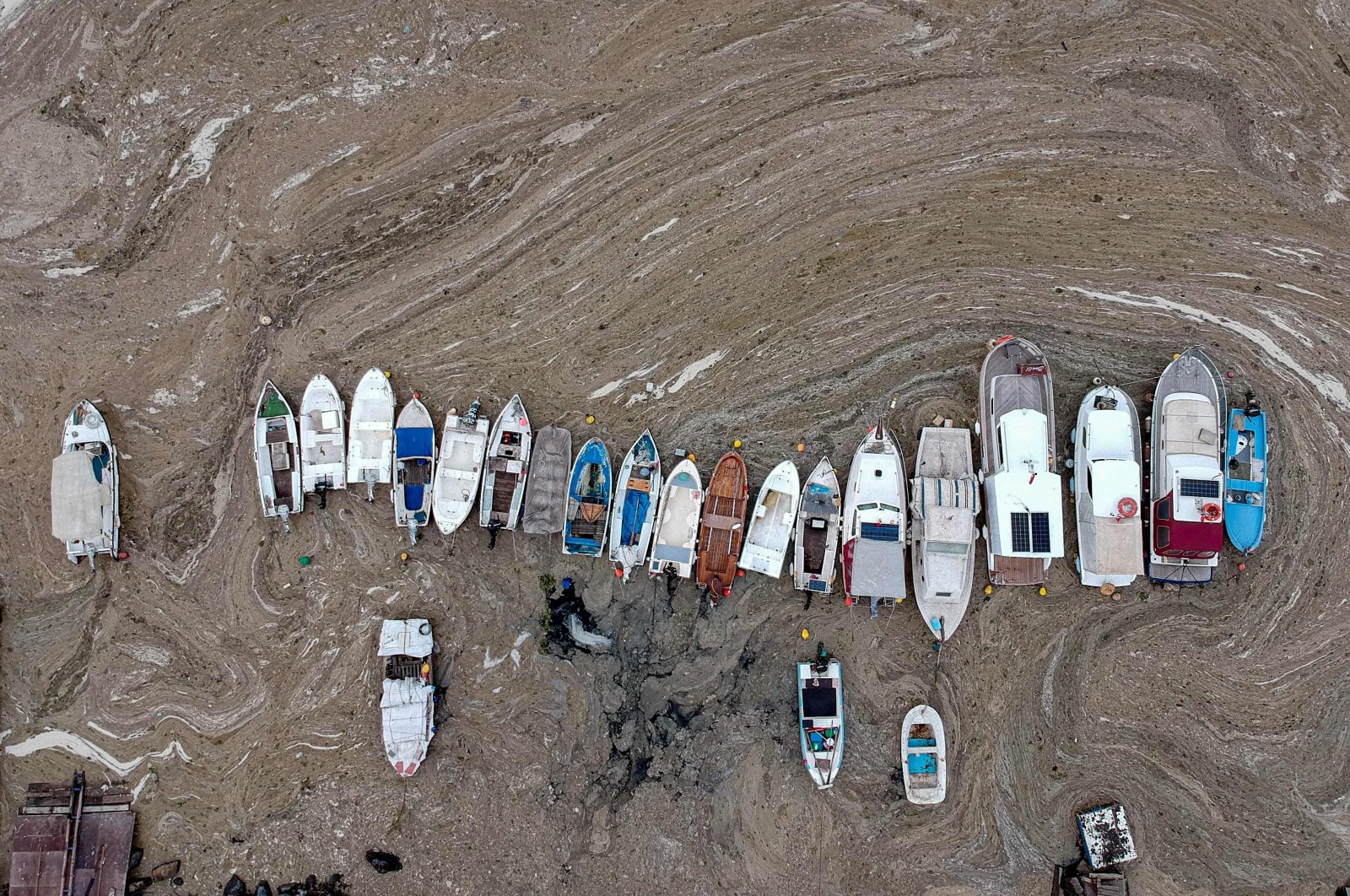 An aerial photograph of Istanbul's Marmara Sea shoreline shows mucilage, a jelly-like layer of slime that develops on the surface of the water due to the excessive proliferation of phytoplankton, gravely threatening the marine biome, Istanbul, Turkey, June 4, 2021. (AFP Photo)
by Anadolu Agency Jun 05, 2021 8:04 pm
RECOMMENDED

"We'll save our seas, especially the Marmara Sea, from this mucilage problem," Erdoğan said at a mass opening ceremony for World Environment Day in Istanbul.

Mucilage is the overgrowth of microscopic algae called phytoplankton. The thick, mucus-like slimy layer contains a variety of microorganisms and is caused by an increase in seawater temperature due to global warming, stillness at sea and pollution.

Unrefined wastewater discharged into the sea was the cause of the latest increase in the substance coating the surface, Erdoğan said, adding that he had instructed Environment Minister Murat Kurum to lead the resolution of this issue.

He said the problem would be resolved without waiting for other authorities, such as the Istanbul Metropolitan Municipality, to take action.

"As the Environment and Urbanization Ministry, you will coordinate this work, and we'll save our seas, especially the Marmara, from this mucilage trouble by joining hands with the universities," said the president.

Erdoğan also noted that the problem could spread to the Black Sea, too, and that they would act before it is too late.

"The increase in the sea temperature due to climate change has also contributed considerably to this scene," he said.

With a team of 300 people, the ministry is currently carrying out inspections at 91 different points of the Sea of Marmara, as well as all wastewater refinement and solid waste facilities on land, to detect the source of the pollution, he said.

About 25 million people live in seven cities along the coast of the Marmara, situated in northwestern Turkey.

Scientists, nongovernmental organizations (NGOs), the Environment and Urbanization Ministry and the Marmara Municipalities Union are cooperating to solve the mucilage problem.