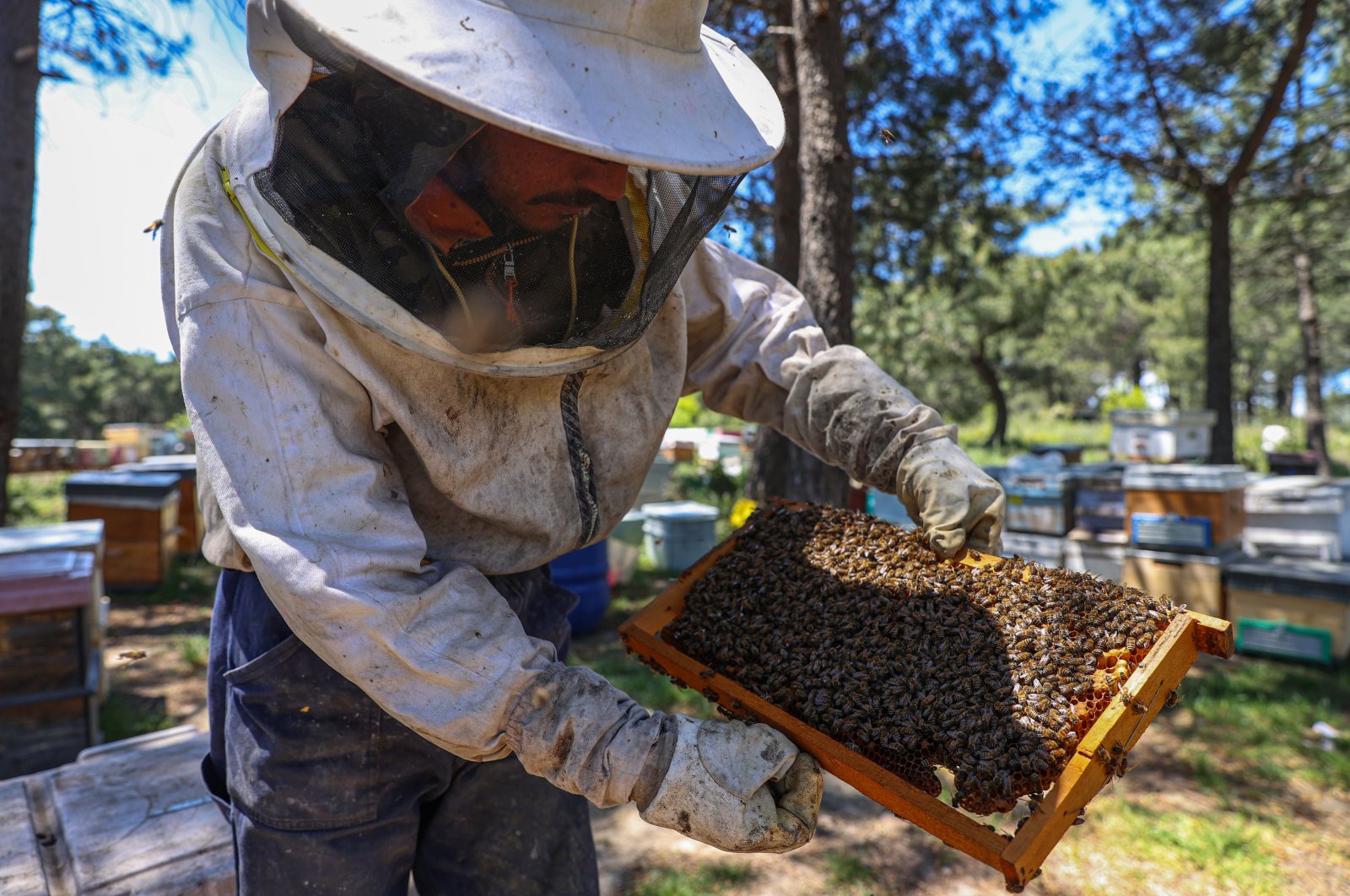 With more than 15 million residents, Istanbul is Turkey’s most populated city and its leading financial and commercial hub. Its skyline is dominated by skyscrapers and green spaces are rare in central locations. However, the city actually has a thriving wildlife, as well as agriculture, on its outskirts, as you travel farther from the heavily populated, touristic areas in its heart. Just like livestock breeding in the city’s “villages” concentrated on the far corners of its European sides, beekeeping is an unlikely activity you can find in this dense urban environment.

Some 1,500 beekeepers produce about 4,000 tons of honey every year in the city’s small forests allocated to beekeeping. Some are a few kilometers away from towering building blocks, while others are farther than the nearest suburb. Beekeeping, a hobby for some residents frustrated by big city life, is also a means of living for some.

The Istanbul Beekeepers’ Union oversees beekeeping activity in the city, in designated forests of the Şile, Sarıyer, Kartal and Beykoz districts. Beekeepers generate income from different types of honey, from chestnut and sunflower to linden, heather and pine honey. Professionals who spent decades in the trade tend bees next to those who made their foray into the business as a hobby to escape the tedium imposed by the ongoing coronavirus pandemic.

Menderes Tüfekçi, a 55-year-old lawyer by profession, says he has been into beekeeping since he was 15. Hailing from a family of beekeepers from the Black Sea province of Rize, Tüfekçi learned the craft from his father and grandfather. When they moved to Istanbul decades ago, his father bought two hives full of bees and since then the family continued their tradition.

Tüfekçi says he once used beekeeping as a means of extra income but he then sold all his bees and hives to focus on it solely as a hobby. “All I have now is about some ten bees. This is a hobby rather than a profession for me. I love the bees very much since my childhood. Whenever I come here to tend them, I feel relaxed and forget all my troubles. It gives you an escape from the stress of city life,” he told Anadolu Agency (AA) Sunday.

Onur Çilenk, head of the beekeepers’ union, says beekeeping is a precious business in Istanbul, which has a “rich flora.” “You can produce many types here. People are skeptical about doing this in such a city, but what we produced here disproves them,” he says.

Atilla Sönmez, a teacher, took up beekeeping last year after attending a course on the subject. He bought a hive and headed to a forest where others tend the hives. “This is an activity in nature for us. We also produce the honey we consume,” he said.