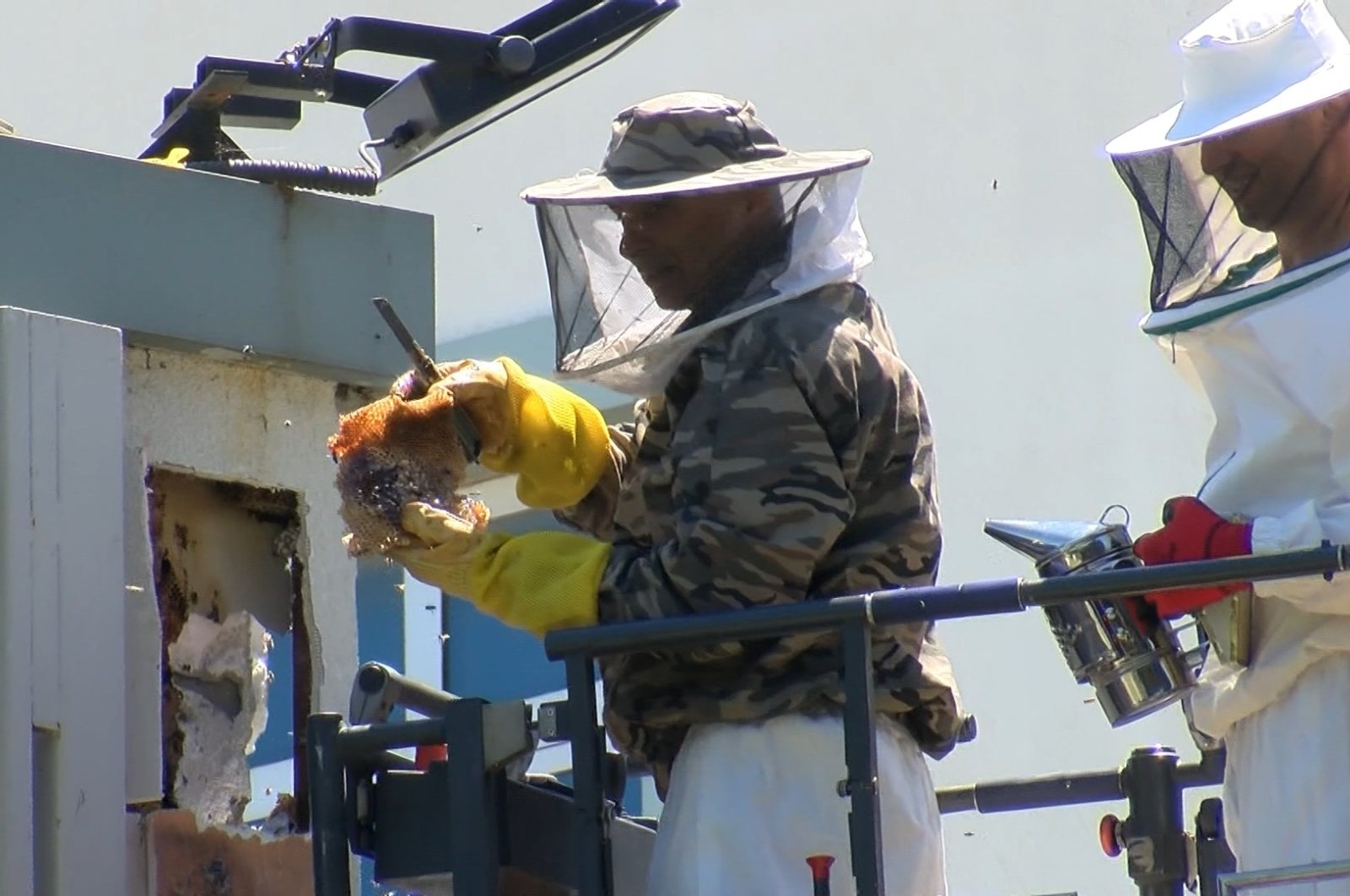 A team of professional beekeepers removes honeycomb from a private school in the Bakırköy district of Istanbul, Turkey, May 20, 2021. (DHA Photo)
by Daily Sabah with DHA May 20, 2021 12:13 pm
RECOMMENDED

Students and school officials of a private school in Turkey's Istanbul were more than surprised after they unexpectedly discovered 50 kilograms (110 pounds) of honey inside one of their school walls.

The honey was from a hive that was later removed by beekeepers and firefighters in protective clothing.

At a school in Istanbul's Bakırköy district, officials sought help from professional beekeepers, after seeing a swarm of bees in the garden and classrooms.

Beekeepers who arrived at the scene soon determined that the bees had made a home in a wall on the top floor. With the help of firefighters donning protective gear, they reached the hive.

The beekeepers broke the wall with the help of a hammer and a chisel. They smoked out the bees and reached the queen. The queen bee and the larvae were put in separate hives for protection and almost 50 kilograms of honey and honeycomb were extracted from the wall. The honey was delivered to school officials.

Professional beekeepers will relocate the colony away from the school area. Beekeeper Cem Ersever said they wanted to protect both the bees and students.

"The school administration informed us that there were many bees in their gardens and requested us to help them so no student is harmed. We extracted more than 50 kilograms of honey. We also saved the queen bee and the larvae. We will place them at a location 5 kilometers (3.1 miles) away from the school," he said.

Protecting bees and providing a safe habitat for them has become extremely important in recent years. In the last year alone, millions of bees died due to drought triggered by global warming in southern Turkey’s Mersin, which caused about a 70-80% decrease in honey production in the province.

However, the rapid drop in bee populations is not a problem exclusive to Turkey, as many countries across the world have been reporting the collapse of colonies for the past several years.