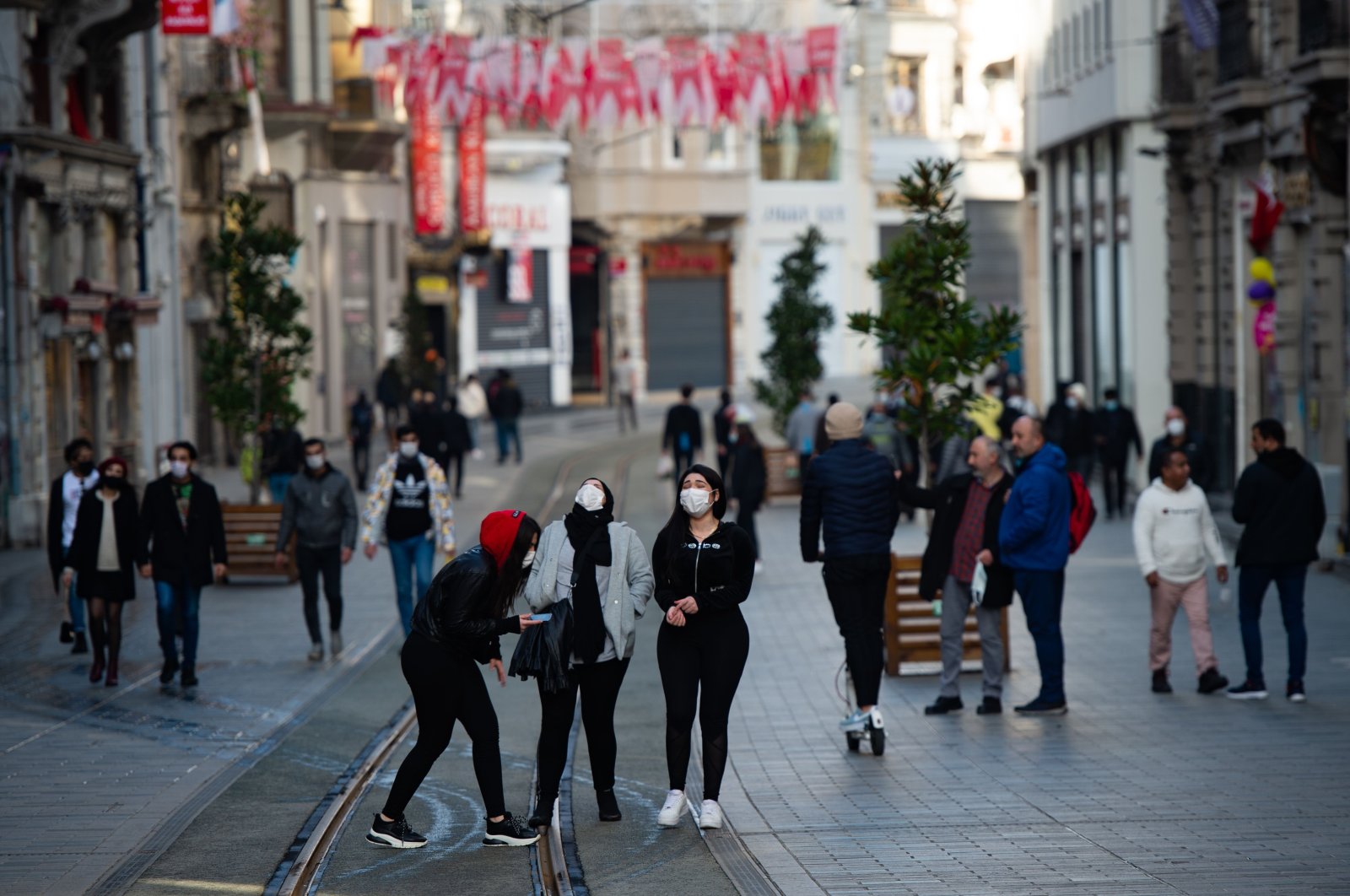 Statistics released Thursday indicate that the population of Turkey’s most crowded city, Istanbul, shrank for the first time in two decades while the country in general did not see a substantial increase in population

Figures published by the Turkish Statistics Institute (TurkStat) on Thursday painted a bleak picture in regard to population concerns but may come as a relief for Istanbul, the country’s most populated city with over 15 million people. In December 2020, Istanbul was home to 56,000 fewer people than in 2019, when the population was 15.5 million. This marked the first time since 2000 that the population in the financial hub and probably most famous city of Turkey decreased.

The city, which has attracted people from all around the world throughout its history, crossed the 11-million mark in 2000, and with ever-growing urban development, the population gradually increased over the following two decades.

A decline after 20 years, however, may be little solace for the city as the same statistics also show that population density in Istanbul is the highest among Turkey's 81 provinces. The number of persons per square kilometer is 2,976 (7,708 per square mile) in the city that straddles the Bosporus on a relatively small piece of land. Across Turkey, this number was 109 on average. In comparison, Kocaeli, an industrial hub east of Istanbul, had the second-highest population density in the country, at 533 people.

The TurkStat report did not give a cause for the drop in Istanbul’s population, but it might have something to do with the coronavirus pandemic, at least partly. A large number of people living in big cities “fled” to smaller towns, mostly in the countryside, early in the summer of 2020, after intercity travel restrictions were lifted. Istanbul, a hot spot of coronavirus cases, saw its fair share of departures. Although some residents of the city preferred the faraway western suburbs, the majority headed to the south where vacation resort towns are located.

As the holiday season drew to a close, many people preferred to stay in towns where they settled. This lengthy stay, enabled with shutdown of schools for in-person education and growing remote working opportunities, may have contributed to the decline in the population. The virus has claimed 3,253 lives in the city, according to Health Ministry’s latest available data released on Nov. 25, 2020.

Istanbul in the past tried to curb the population a bit with the municipality offering incentives to people moving out, but the metropolis, a magnet for migrants from Anatolia and a diverse array of other countries, kept growing. A construction boom accompanied the constant flow of newcomers seeking job opportunities, and more and more suburbs flourished on the European and Asian sides of the city.

As for the rest of the country, the statistics show a downward trend in population increase. The population rose to more than 83.6 million last year, with the addition of 459,365 people. Yet, the growth rate is in decline. It was 13.9 people per thousand in 2019 and fell to 5.5. in 2020.

Gender-based statistics, on the other hand, show that women are now closer to catching up with men. The female population is only 217,608 people fewer than the male population.

The figures also indicate there is no slowdown in urbanization, a process facilitated by growing industries and mass migration to cities, which expanded especially in the 1950s. Currently, 93% of the population lives in provinces and district centers, according to TurkStat, compared to 92.8% in 2019.

Cities that follow Istanbul in terms of population size did not change in 2020. The capital Ankara had more than 5.6 million people in 2020 while Izmir had more than 4.3 million residents. Bursa, an industrial hub south of Istanbul, and Antalya, the popular Mediterranean resort city, followed in terms of the highest populations.

Bayburt, which occasionally tops the list of cities with the least inhabitants, dethroned Tunceli, another small city, this year. It was the least populated of the year with only 81,910 inhabitants.

Concerning numbers among the new figures are the changes in the population pyramid that demonstrates the age-sex structure of the population. The pyramid shows that the elderly population and median age increased in the country, something TurkStat attributes to the decline in fertility and mortality rates.

Median age refers to the age that divides the population into two equally sized groups. Half of the population falls below this age, while the other half is older. For Turkey, it increased to 32.7 from 32.4 and it was higher for women.

The northern province of Sinop had the highest median age at 41.4. The small city on the northern tip of the country often has the oldest population. On the other end of the spectrum was Şırnak, a southeastern province that tops the list of provinces with the youngest population from time to time. The median age for Şırnak was 21.2.

An aging population spells trouble for the country which strives to join growing economies of the world with new momentum it gained in the past years in manufacturing, exports and emerging industries. Experts attribute the phenomenon to better living conditions, increases in welfare level and health care reforms that curbed diseases causing higher mortality rates. The government seeks to decrease the rate of aging while looking to offer better care for the elderly, amid gloomy population projections for the future.

The foreign population, or people with long-term residence or work permits, meanwhile, decreased by more than 197,770 and dropped to around 1.3 million.