Istanbul's ICU occupancy at 71.4% due to COVID-19 patients 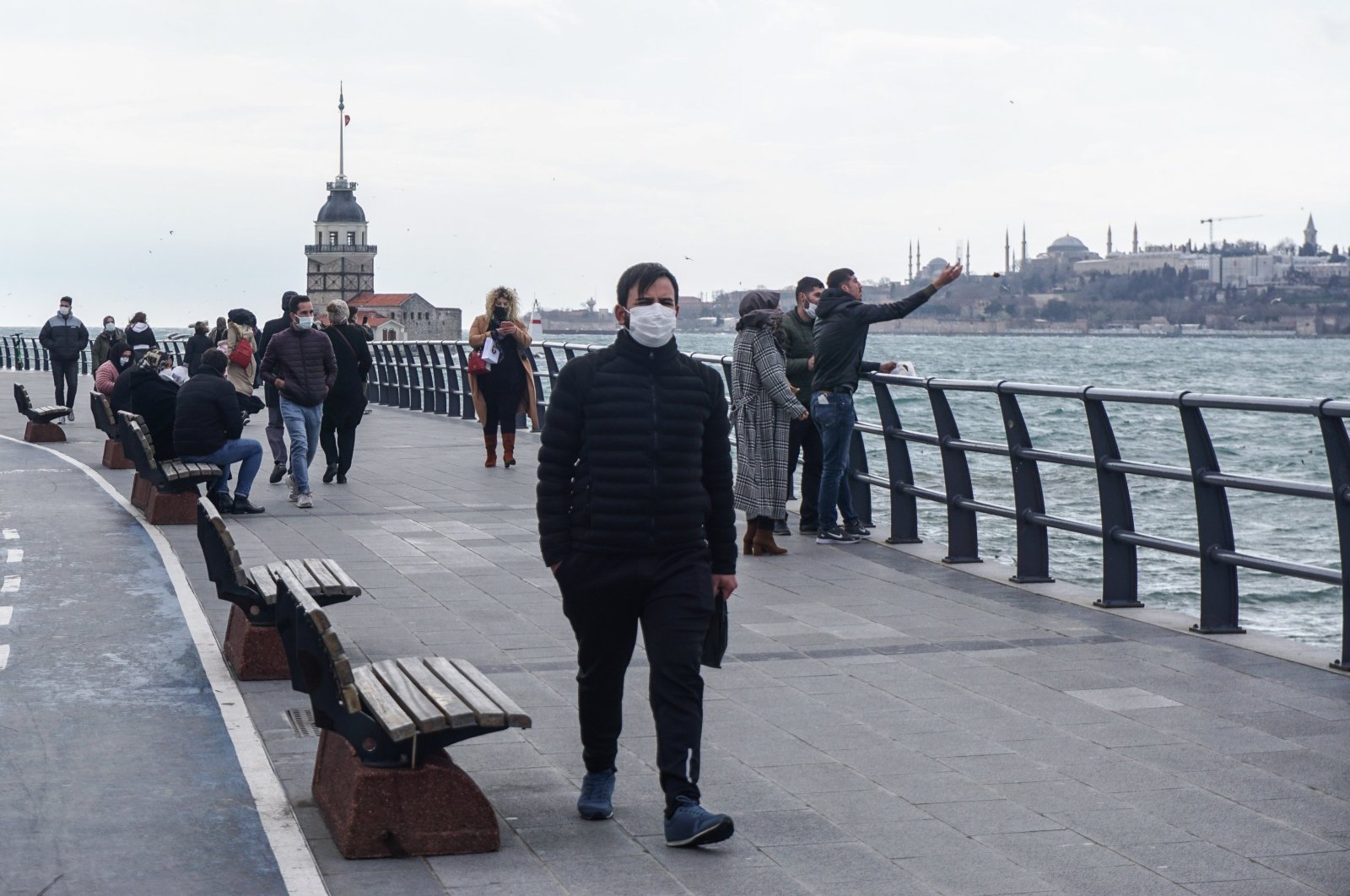 A man wearing a facemask as a precaution against the spread of COVID-19 walks by the seaside in the Üsküdar neighborhood of Istanbul, Turkey, March 16, 2021. (Reuters Photo)
by Anadolu Agency Apr 19, 2021 11:25 pm

Intensive care occupancy in Turkey's commercial capital Istanbul is at 71.4% as coronavirus cases continue to increase in the country, Turkey's health minister said on Monday.

Following a virtual meeting with local authorities in Istanbul, as well as other northwestern provinces grappling with the highest case rises in the country, Fahrettin Koca said on Twitter that the occupancy of intensive care units in Tekirdağ is at 73.5%, 67.1% in Çanakkale, 69% in Kırklareli and 55.4% in Yalova.

"We evaluated the course of the outbreak and the measures taken in these provinces," said Koca after meeting with these provinces' governors and health directors.

Istanbul has nearly one-fifth of Turkey's population and has been a hot spot for the virus.

On Monday, Turkey reported over 55,000 new coronavirus cases, according to Health Ministry data.

A total of 55,149 cases, including 2,862 symptomatic patients, were confirmed across the country, the data showed.

Turkey's overall case tally is over 4.32 million, while the nationwide death toll reached 36,267 with 341 more fatalities over the past day.

According to the Health Ministry figures, since its vaccine campaign began in mid-January, Turkey has so far administered over 20 million coronavirus vaccine jabs across the country.