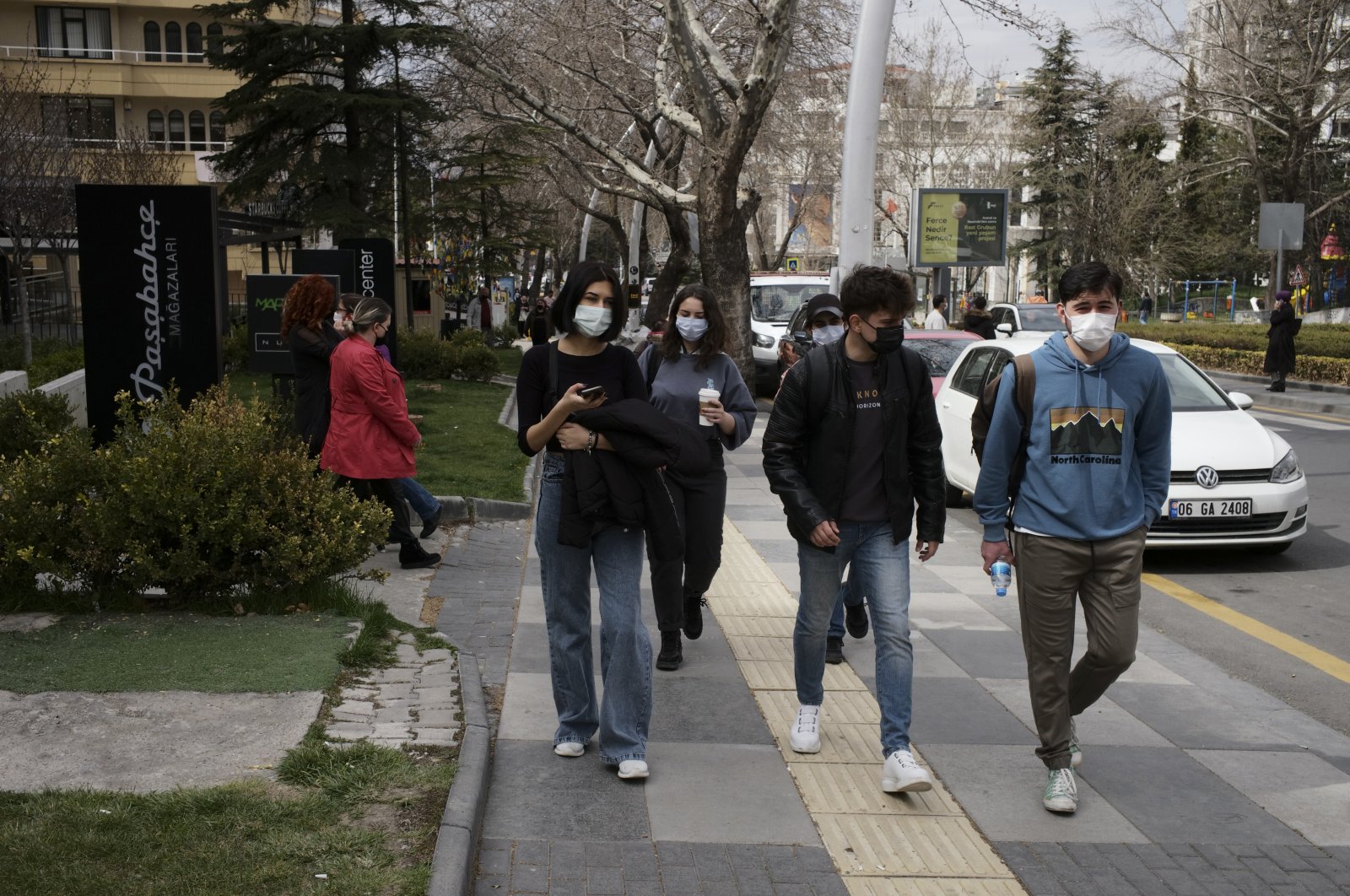 In almost four months, Turkey managed to deliver more than 20 million jabs against the coronavirus to the public, as the country seeks to stave off a new wave of the pandemic. The country also started vaccinating people at the age of 55 and above on Monday

As the daily number of COVID-19 cases climbs in Turkey, so do the number of vaccinations. Since Jan. 14, when the vaccination campaign for health care workers began, 20.1 million doses of the vaccine have been administered, mainly to health care workers, the elderly and people in priority groups, such as teachers. Health Minister Fahrettin Koca announced on Monday that people aged 55 and above were now eligible for inoculation.

Health Ministry data published Monday showed that more than 12.2 million people to date have received their first doses, while second doses have been given to over 7.79 million, according to the data. In the commercial hub Istanbul, home to nearly one-fifth of Turkey's population, over 3.17 million COVID-19 vaccine jabs were administered, including more than 1.97 million first doses and 1.2 million second doses. Following Istanbul, the capital Ankara received more than 1.59 million jabs. On Jan. 14, Turkey began a mass COVID-19 vaccination campaign, starting with health care workers, and top officials to encourage public confidence in the vaccines.

“We primarily tried to protect our elderly and citizens with chronic illnesses. Our vaccination program will continue despite all the challenges,” Minister Koca tweeted Monday.

The government first sourced CoronaVac, developed by China’s Sinovac, for vaccination and recently added Pfizer-BioNTech's Comirnaty, to its inventory of vaccines. Bureaucratic hurdles and an international race to access vaccines sometimes slow down the vaccination drive, though Turkey managed to reach the sixth spot in the world, among countries with the highest vaccination rates.

Optimistic projections of the Health Ministry indicate that people at the age of 40 and above will be vaccinated by June. Speaking last week after a meeting of the Health Ministry’s Coronavirus Scientific Advisory Board, Koca said Turkey would receive an additional shipment of at least 30 million doses of Comirnaty in June.

The vaccination drive also brought vaccine skeptics and anti-vaxxers out of the woodwork, with fringe groups thriving on social media. Though complex conspiracy theories still find followers online in Turkey, surveys show the majority of people are inclined to be vaccinated.

A survey conducted by professor Veysel Bozkurt, a member of the Social Sciences Board of the Health Ministry, shows that 91% of society are willing to be vaccinated. Most of them are “pensioners and people living in big cities,” according to the survey, while homemakers and students make up the majority of the vaccine opponents.

Results of the survey published by the Sabah newspaper show that vaccine proponents were mostly those who have severely suffered from COVID-19. The survey, conducted with more than 4,000 people across the country, shows that vaccine skepticism flourished in parallel with economic, existential concerns and belief in conspiracy theories, and decreased in line with increased faith in the state, science and scientists, depending on education level, age and income. Women were more skeptical than men, the survey found.

In the face of rising cases and fatality numbers, Turkey announced the return of weekend curfews in high-risk areas, as well as other restrictions, in addition to special measures for the Muslim holy month of Ramadan.

Since December 2019, the pandemic has claimed over 3 million lives in 192 countries and regions, according to figures compiled by the United States' Johns Hopkins University. Over 141.4 million cases have been reported worldwide, with recoveries now at over 80.77 million.

Turkey's COVID-19 deaths have risen four-fold over the past month, with the number of patients in critical condition doubling over the period, according to a tally of Health Ministry data, based on figures between March 18 and April 18.

In February, when coronavirus restrictions including lockdowns were still in place, 129 fatalities were recorded on the first day of the month, with deaths dropping to 66 on the last day of the month. As restrictions were relaxed in March, a spike in fatalities was reported. On March 1, 69 people died and this figure rose to 81 on March 18. On March 21, the fatalities reached three digits with 102 people losing the battle against the virus. The figures kept rising throughout the month with the virus claiming 152 lives on March 31. The upward trend continued in April as well. The Health Ministry reported 176 fatalities on April 1, with deaths reaching 211 on April 6. Some 318 people died on April 18 due to the coronavirus, thus raising the month-on-month death toll four times.

Turkey brought back most restrictions after the March normalization but a map by Health Ministry shows that the country took a sharp turn for the worse in the number of cases. The map covering a period between April 10 and April 16, indicates that weekly cases increased in 75 out of the 81 provinces of the country. Provinces with highest rises were Düzce, Çanakkale, Zonguldak, Yozgat and Yalova. Those that reported the least rise in cases were Gümüşhane, Artvin, Siirt, Kahramanmaraş and Edirne.

All provinces with a low number of cases are located in southeastern and eastern Turkey. Şırnak, with around 47 cases, has been holding the title of the province with the least number of cases per 100,000 people, since March.