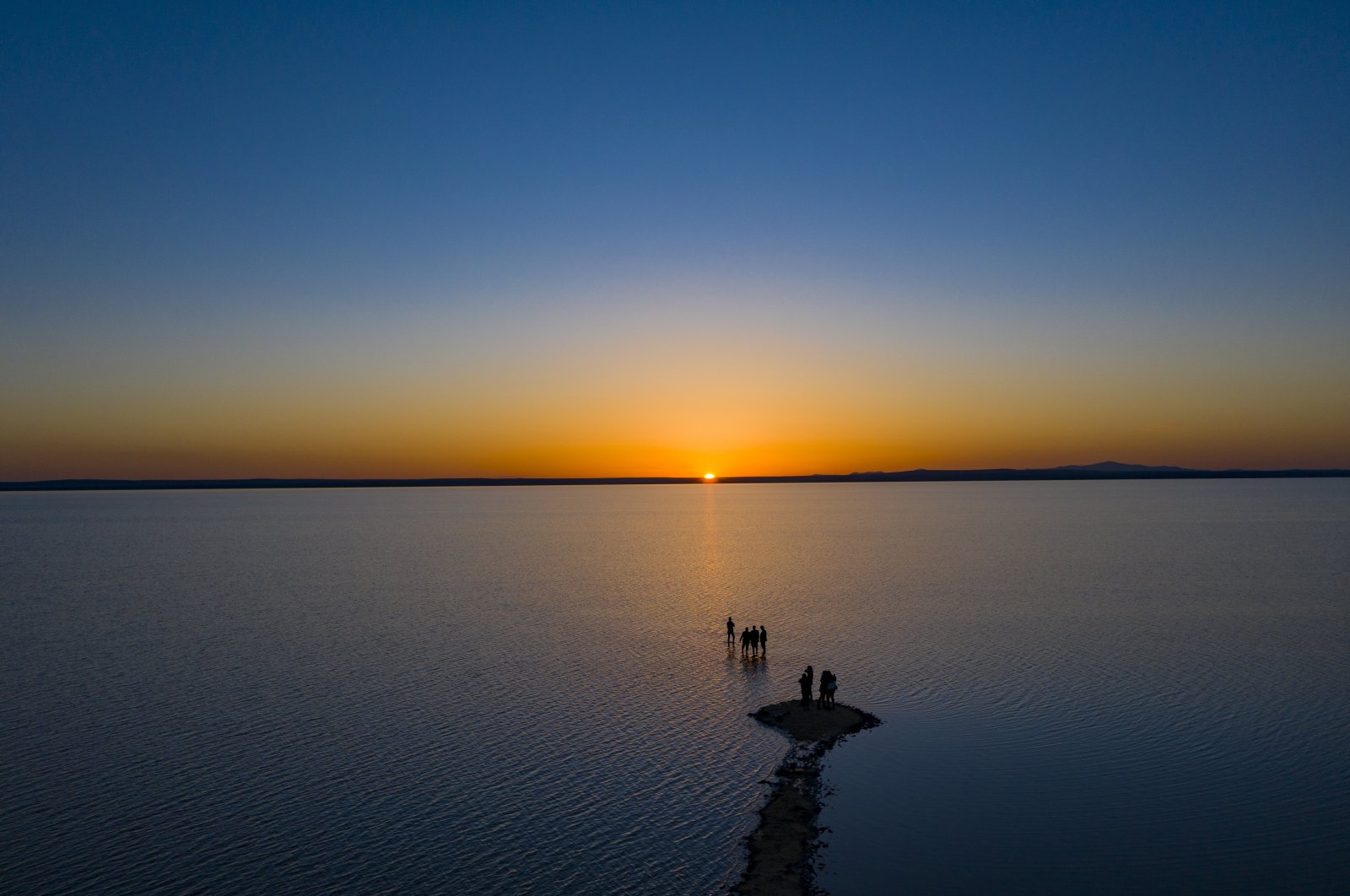 Located at the heart of Turkey, Lake Tuz (Salt) is the country’s second-largest and one of the largest hypersaline lakes. But studies show it may lose these titles soon if the current drought trend continues.

A study of the lake stretching across Konya province showed waters entirely receded this summer. Researchers from Ege University who examined the last 37 years of satellite images of the lake say water levels started swiftly decreasing from 2000. Their study also revealed an unprecedented drop in underground water levels in the area.

Lake Tuz, with its unique biodiversity spanning an area of about 1,665 square kilometers (about 642 square miles), was not spared from the ongoing drought across the country, which has been worsened by climate change. Satellite images taken between 1985 and 2000 show the southwestern parts of the lake always had high water levels but waters elsewhere receded due to the lake’s dry nature. The area that typically had higher water levels shrank to below 20% of the total area, according to the researchers, even in times of low precipitation. But over the course of the next two decades, soaring temperatures that aggravated evaporation and insufficient precipitation worsened the situation, particularly in the summers. Currently, the lake is entirely devoid of water.

Professor Ecmel Erlat, one of the researchers, says Lake Tuz is located in a semi-arid climate with high evaporation rates. The salinity rate increased by a third every summer and a layer of salt with a thickness of up to 30 centimeters (11.8 inches) in some parts formed in the dry basin of the lake. “This is the most salinated lake after the Dead Sea and every year, some 5 million tons of salt is extracted by local salt processing facilities here,” Erlat says.

“Since May 2019, the lake has experienced uninterrupted drought and in the first seven months of 2021, the drought became more severe. Extreme temperatures in the region cause this but excessive water use for irrigation also affected the water levels,” Erlat told Anadolu Agency (AA).

The drought also has an impact on the moisture of the soil vital for plants. Lake Tuz's ecosystem is home to 279 different plants, 39 of which can only thrive in an aquatic environment. The drought has already taken a toll on the lake's flamingos. Some 5,000 flamingos that live on the lake were recently found dead amid a lingering dry spell.

Dr. Fulya Aydın Kandemir, another researcher, says the situation in Lake Tuz is “worrying.” “This is something irreversible. Even if the lake has average precipitation again in the coming years, the water resources on the surface and below have already gone. Besides, climate projections show that this area, due to climate change, will be hotter in the coming decades and will receive less precipitation. It is foreseeable that Lake Tuz and its surroundings will be desertified. Therefore, all actions to protect the ecological and hydrological balance of the region should be taken,” she warned.