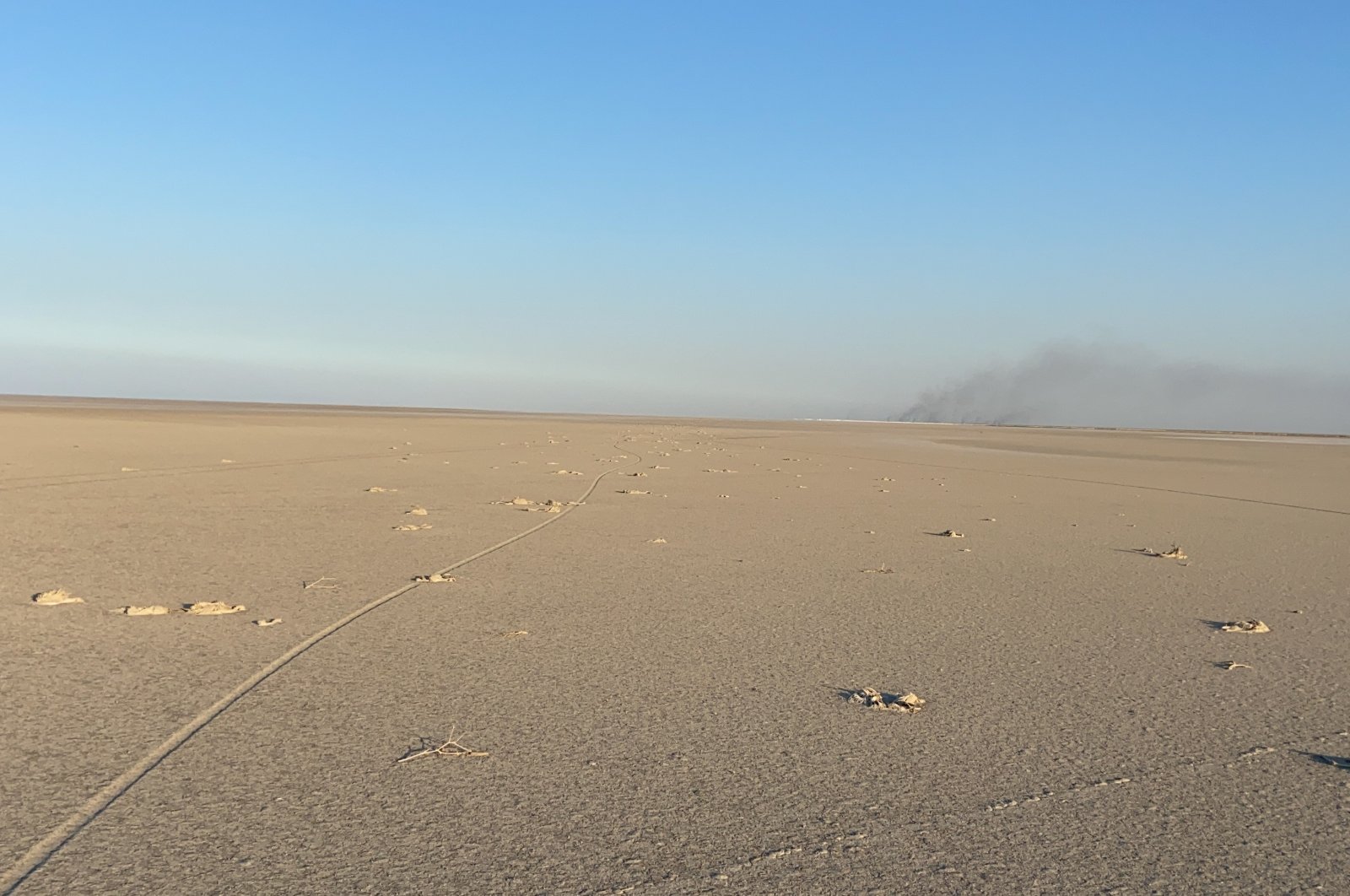 Hundreds of baby and adult flamingos were found dead on a dried part of Lake Tuz (Salt Lake) in the central Turkish province of Konya over the past week, prompting renewed emphasis on the impact of drought on the ecosystem.

The lake – the second largest in Turkey and one of the largest hypersaline lakes in the world – is among the favorite habitat of migratory animals and has long been a hatching ground for flamingos. Though it is shallow and gets little precipitation throughout the year, its salty nature is conducive to the nesting of migratory birds. However, the drought stemming from climate change has led to a recession of lake’s waters, making finding food a challenge for flamingos.

Carcasses of birds now dot the lake’s parts in the Cihanbeyli district of Konya. The birds had arrived to the lake in March for their incubation season. Mehmet Emin Öztürk, a nature photographer who is a frequent visitor to the area in the summer, says Lake Tuz had been “a paradise for flamingos, but now (it has) turned into a nightmare.”

“This was a wetland where you could see hundreds of flamingos last year. This time, there is neither water nor living birds. The water receded for a stretch of about 10 kilometers (6 miles),” he told Ihlas News Agency (IHA) on Tuesday.

Bird watchers say every year, 5,000 to 10,000 flamingos are born during the hatching season at Lake Tuz. So far only 5,000 have hatched. Fahri Tunç, another photographer, says most of the birds died because of drought. Tunç told Demirören News Agency (DHA) that excessive use of water from the lake, for irrigation purposes, was also to blame for receding water levels.

“There are water canals feeding the lake, but villagers block them to divert water to their fields. The lake already has a low level of water, and blocking the canals only accelerates its death,” he lamented. Efforts are underway to promote new irrigation techniques that save water in the region, which is viewed as the breadbasket of the country.

The governorate of Konya announced on Wednesday that they had launched an investigation and study into the causes of the deaths. In a written statement, the governorate said a committee of experts was investigating the "causes that affect the life cycle of flamingos and potential measures to prevent deaths."

The situation is not confined to Lake Tuz, though. Drought, along with pollution, was also blamed for recent mass deaths of seagulls in lakes in Istanbul and the eastern province of Van.

Temperatures are steadily increasing in the country due to climate change, leading to significant drops in water resources. Experts warn a water crisis awaits Turkey within the next decade. Professor Doğanay Tolunay of Istanbul University warns that the dry season has been lingering in the inner Anatolian region where Konya is located as well as in eastern Anatolia since 2020. Tolunay told the Milliyet newspaper on Wednesday that the two regions received very low precipitation over the past year – around 350 millimeters (14 inches) – and said the situation was particularly dire for agriculture.

“In some places where the water was once extracted from a depth of 20 meters, you now have to go down 200 meters. We have to declare an emergency and prevent the irresponsible use of underground water resources,” Tolunay said.

“As a matter of fact, climate modeling shows 60% of lands, except for the Black Sea region and parts of southern Turkey, have a yearly shortage of water. It is obvious that we will have a serious water crisis in the next ten years,” he said.