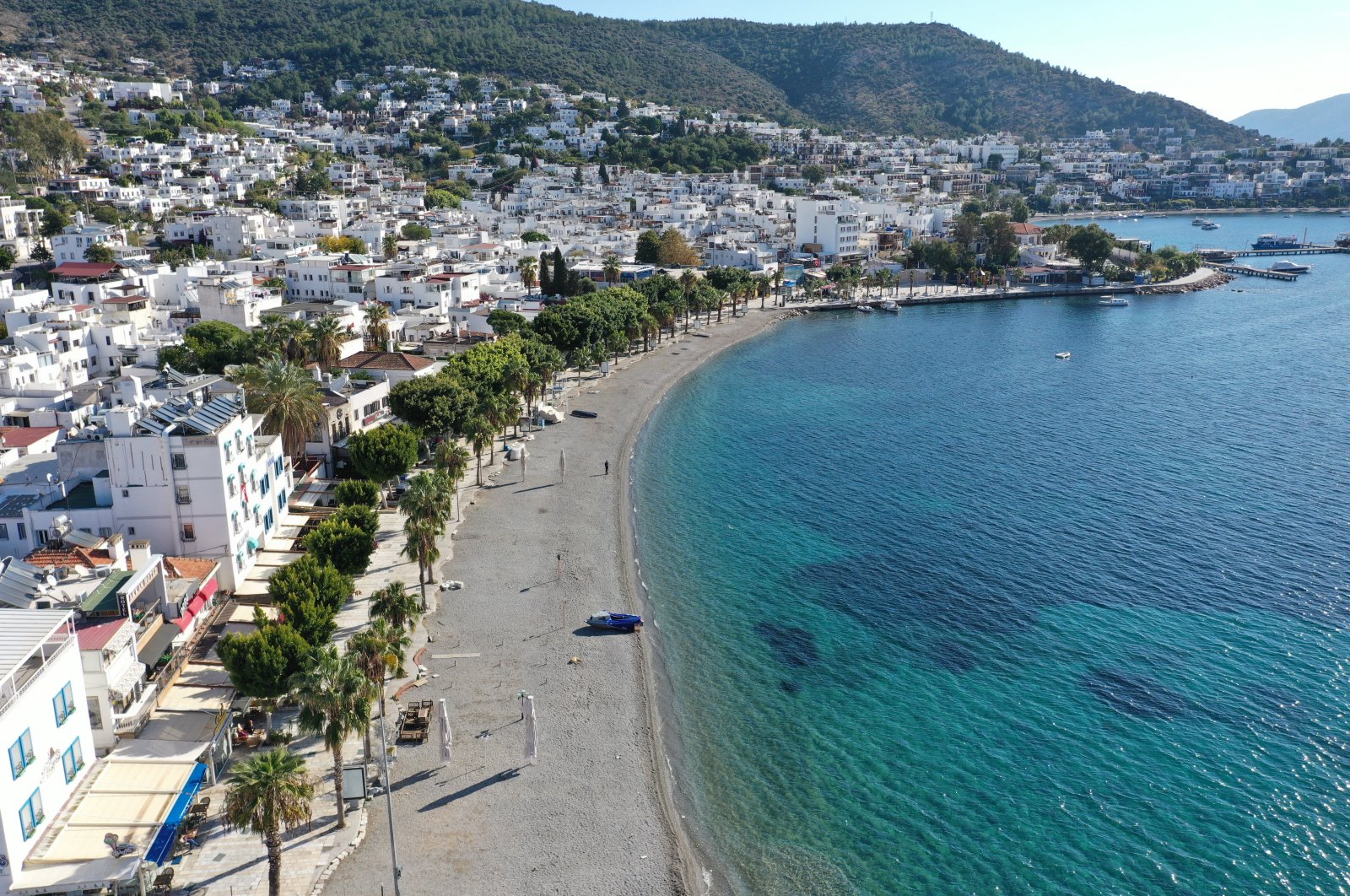 Bodrum is probably the most popular holiday destination in southwestern Turkey. The town, known for its pristine beaches, upscale hotels and villas catering to holidaymakers, is no stranger to masses descending on the region for summer vacation. But lately, it is seeing an unprecedented influx of people despite the onset of winter. On top of holidaymakers, it has seen a steady stream of people fleeing big cities in search of the safety a small town has to offer amid the coronavirus pandemic.

The town in the Muğla province has a population of around 170,000 in the winter with the figure standing slightly higher in the summer, but it has now swelled to 600,000.

“Please don’t come, and stay home. We are worried,” said Tekin Çekin, who lives in a trailer he parked in the town. Çekin himself is a visitor from Didim, another town popular with holidaymakers, located some 114 kilometers (70.84 miles) north of Bodrum. Çekin tries to avoid mingling with the crowds of visitors and has called the authorities asking them to ban excursions and longer stays by tourists. “People come from everywhere, from Istanbul or Izmir. They may not spread the virus, but if the population expands, they will be infected themselves,” Çekin told Demirören News Agency (DHA) on Tuesday.

The town’s municipality announced on Monday that 134 of its staff were under quarantine and 29 workers tested positive, triggering concerns among locals.

Recep Demir, another local, says Bodrum has become unsafe despite being viewed as the opposite by those arriving from other cities. “Most people who spent the summer here did not go back. Many people who reside in Istanbul are now here, and they tell us that Istanbul is not safe,” Demir says. He pointed out that the increased population also affected rent in the area. “I used to pay TL 800 ($102) for rent, but now you can’t find a place below TL 1,500 for rent. It is very crowded. I try to exert caution. For example, I always have cologne ready whenever I touch somewhere,” he says.

Bodrum Mayor Ahmet Aras is among those complaining about the influx the most. The mayor’s primary concern is the municipality’s inability to take care of such a large population. Aras told reporters on Monday that he is pleading for visitors to stop coming. “Our municipality’s services are designed, arranged to cater to the normal population. A sudden increase in the population renders them insufficient,” he said. Aras said over the summer Bodrum had 50 COVID-19 cases at most and a very low fatality rate, but since late September there have been almost 50 cases daily.