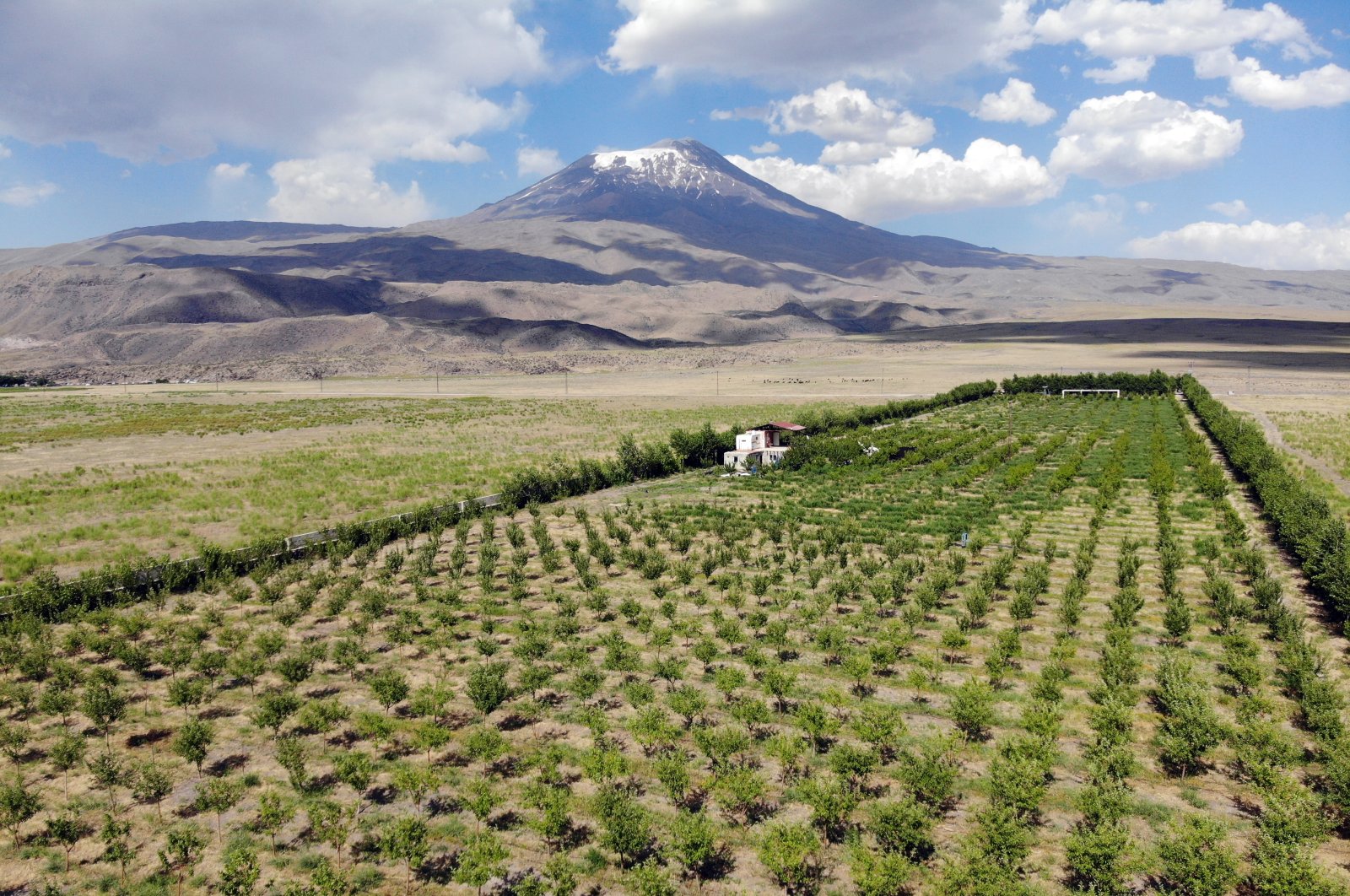 Abdulkadir Ardin, a local from the city of Ağrı, has undertaken a personal project to plant a garden on the barren foothills of Ağrı Mountain. He purchased 33 acres of land located 5,000 meters (16,400 feet) above sea level in 2015. After locating an underground water source, he established an irrigation system, and the desolate land was soon transformed into an oasis. Ardin said he invested 30 years of earnings into the garden and currently looks after 4,500 trees, which include 11 varieties.

The garden has become a landmark, attracting tourists interested in a mountain hike. Ardin said that the project was not money-oriented, and he has not sold any of his harvests. Instead, he offers his fruit to visitors for free. He also expressed his gratitude to the governor of Agrı, Osman Varol, for his support.

Ardin says he defied the odds and did not give up when locals mocked him, claiming he cannot grow fruit in such a dry place, with strong winds and sandstorms. Ardin's solution was to surround the vast land with high concrete walls. "I have been in love with nature since childhood, and I always dreamed of having a garden full of trees," he told Anadolu Agency (AA).