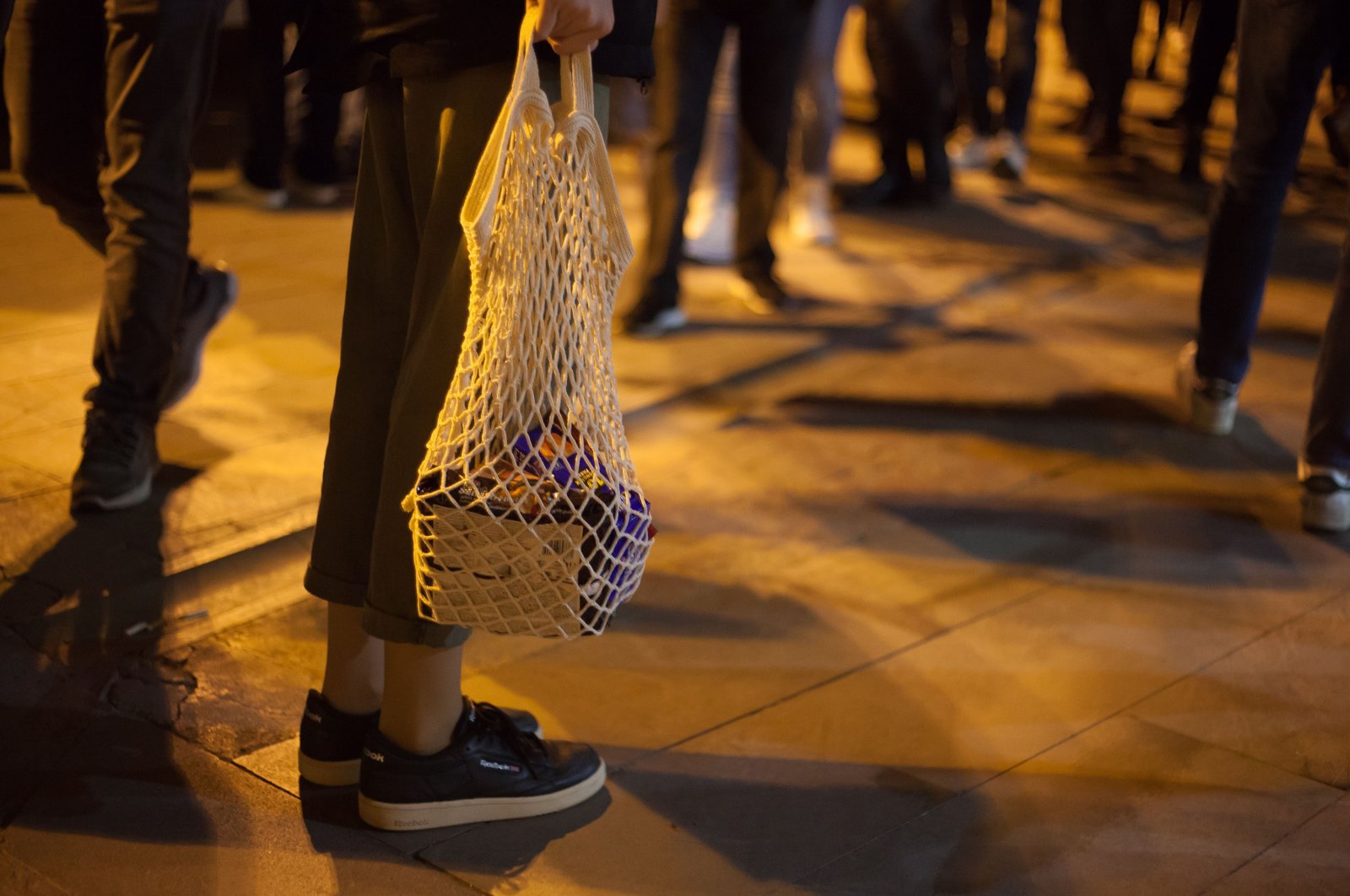 Turkey is reaping the benefits of a 2019 regulation that put a price on plastic bags, seeing a 75% decrease in their use, as it continues to encourage recycling through the Zero Waste Project

The Zero Waste Project, launched in 2017 by first lady Emine Erdoğan, continues to propel Turkey in its efforts to boost recycling. The government-led initiative recommended charging shoppers TL 0.25 per plastic bag, a practice that became a mandatory regulation in 2019.

Since then, the country has managed to reduce the number of plastic bags used by businesses by some 75%, thus preventing 290,000 tons of plastic waste accumulation, according to a report by the Sabah newspaper.

Minister of Environment, Urbanization and Climate Change Murat Kurum recently told lawmakers that they have been closely monitoring the implementation of the practice and that 162 businesses had been fined $69,000 (TL 658,153) for failing to abide by the regulation.

Plastic pollution is a global concern in a world embattled with a climate crisis. In 2019, 170 countries pledged to reduce their use of plastics by 2030 at the United Nations. Plastic bags and single-use plastics make up the bulk of plastic pollution, posing a particular threat to the seas. According to U.N. figures, some 500 billion plastic bags are used annually across the world and 13 million tons of plastics leak into the oceans. Overall, 10% of all human-generated waste is plastic, despite the fact that it takes 100 years for the material to decompose in the environment in order and lose its harmful effects.

Kurum said that before the mandatory payment for plastic bags was introduced, Turkey produced around 35 billion plastic bags yearly, with the average citizen going through approximately 440 plastic bags every year. The minister further said that they also prevented the import of plastic raw materials by reducing the use of the bags, helping Turkey save around $211 million, while also preventing 12,000 tons of greenhouse emissions.

The initiative aims to increase the country’s recycling rate to 35% by 2023 while creating jobs for some 100,000 people in the recycling industry and saving $2.3 billion yearly. The project has piqued the interest of the public and private sectors, though it did not take off as quickly as expected and was largely confined to public institutions early on. It has gained momentum since then, with separate bins for effective recycling a staple in most places, from shopping malls to small shops and large apartment buildings. The government issues zero-waste certificates to places that successfully adopt the recycling model in a bid to promote environmentally friendly practices. The government has provided training to 12.5 million people on zero-waste practices so far while some 100,000 public institutions, and some municipalities, have switched to zero-waste policies – from cutting down waste to properly sorting it for recycling purposes.

As a country confronting the fallout of the climate crisis, Turkey strives to keep its environment clean and its economy more resistant to its impact. Recently, Parliament ratified the Paris climate deal in a move that boosts the country’s international standing on the issue. The landmark 2015 accord commits nations to limit global temperature rises to "well below" 2 degrees Celsius (3.6 degrees Fahrenheit) above pre-industrial levels through sweeping emissions cuts. Emissions have continued to rise in the six years since the deal, while the latest round of national carbon-cutting pledges puts Earth on track to warm a "catastrophic" 2.7 degrees Celsius this century, according to a U.N. assessment.