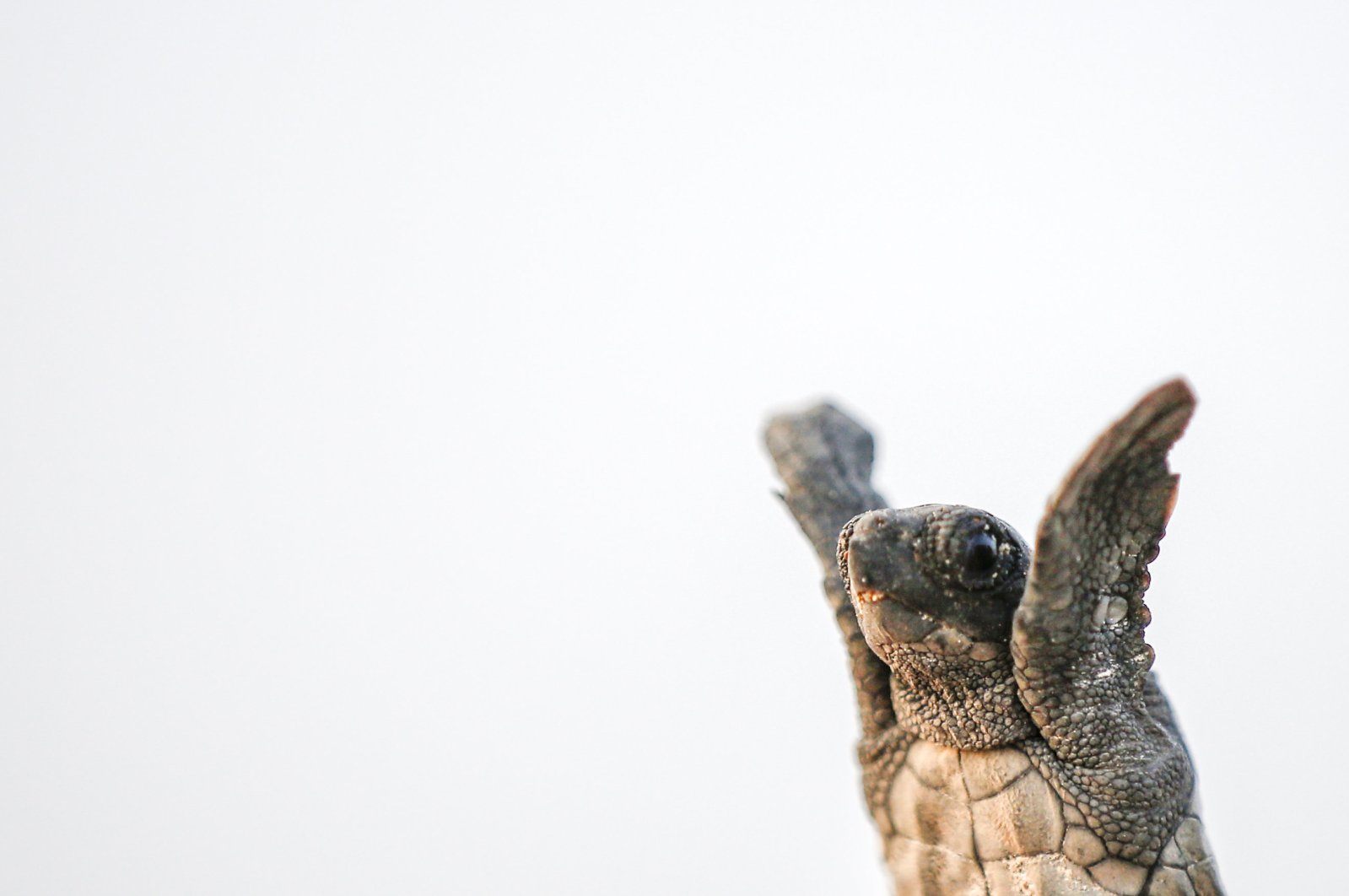 Caretta carettas are the most common turtle species found in the Mediterranean. (iStock Photo)
by Leyla Yvonne Ergil Jul 02, 2020 10:30 am
Edited By Yasemin Nicola Sakay

Between May and September, many of Turkey’s famous beaches are visited by the country’s two types of sea turtles: loggerheads, aka caretta caretta, and green turtles. Spanning all the way from Aydın’s Kuşadası to Yumurtalık in Adana, Anamur in Mersin and even all the way to Hatay, they also nest in many popular summer destination beaches off the coast of Antalya, Fethiye and Marmaris.

To name just a few, these include: Patara, Çıralı, Belek, Side, Kaş and most importantly, Iztuzu Beach in Dalyan. Iztuzu Beach is not only one of the most beautiful spots in Turkey, stretching 4.5 kilometers and dividing fresh water and salt water as it leads into the Dalyan Strait, but it is also home to a turtle rescue and rehabilitation center where they treat wounded or ill turtles. During the nesting season, the center is also responsible for the important job of securing off the nesting spots on the beach.

This is important work because the loggerhead turtles that come onto Turkey’s beaches for this brief period are an endangered species, and it is of utmost importance to protect their natural habitats. While these turtles are already in danger as a result of pollution in the sea, predators, boat propellers and fishing nets and lines, the biggest threat they face is the loss of nesting habitat due to coastal development and human presence. Thus, it is our responsibility to be informed about how to share Turkey’s beautiful beaches with these majestic creatures.

What this means is, as visitors to the beach this time of year, there are a number of important points to note to ensure the turtles’ protection. In many of these spots, entry to the beach is prohibited for visitors between the hours of 8 p.m. and 8 a.m. from May to September, during which there are also restrictions on noise and the use lights in the area at night. At Iztuzu Beach, for example, vehicles are also banned as well as dogs, and boats are not allowed to come within a 1-mile radius of the shore. Experts also strongly advise not feeding the turtles for their safety. There are wooden stakes placed to mark the nesting sites, and beachgoers are expected to keep their distance to avoid disrupting the nests. All of this work is done by the specialists and volunteers at the Sea Turtle Research, Rescue and Rehabilitation Center and Hospital (DEKAMER) located off Iztuzu Beach in Dalyan.

Over the past 10 years, Turkey’s Turtle Research, Rescue and Rehabilitation Center has been open year-round, working on research and conservation efforts. Injured turtles found along the Mediterranean coast are brought to the center for medical treatment and rehabilitation. The center welcomes visitors as well as volunteers, whose jobs can include tracking down the nests at night to properly marking and protecting them from the daytime vacationers.

Tracking hatching turtles can be tricky as the mothers come to shore to lay and then bury their eggs in an area above the high-tide line. Not only do turtles practice nest fidelity, which means they try to return to the same spot to nest every year, but recent research also shows that this spot is the very same spot where they hatched, and they use the magnetic field of the Earth to navigate back to the very beach where they were born to reproduce.

The hatchlings will break out of their shells after incubating for approximately 80 days and will dig through the sand to the surface mostly at night to navigate their way to the sea by the reflection of the moon and starlight on the water’s surface. They then use the magnetic force to memorize the location where they started from. They also need to scrape against the sand as they crawl to remove any remnants of the umbilical cord and yolk to protect themselves against predators on land and in the sea.

DEKAMER recently released an announcement explaining these important factors, adding that just as people like to warm up before working out, the beach is these baby turtles’ warm-up path to exercise their muscles before taking on swimming in the sea. Thus, they warned attempting to pick up and help baby turtles from what may appear like their difficult struggle to the sea in fact only causes them harm.

Located on the south entrance of Iztuzu Beach, the Sea Turtle Research, Rescue and Rehabilitation Center is open to visitors daily from 10 a.m. to 6 p.m. and guides guests through a museum and the rehabilitation tanks filled with the hospital’s most recent patients being treated to eventually be released back into the sea. DEKAMER also accepts year-round volunteers to assist with the facilities and research, which in the summer involves tracking down nests on the beach at night. Hosted in caravan dormitories on-site and with a shared kitchen, volunteering for the turtles can also be fun while fulfilling a good mission.

The legend of Captain June

An honorary mention must be made for the 98-year-old British expat June Haimoff, aka “Kaptan June," who contributed greatly to the establishment of protection measures for the turtles nesting at Iztuzu Beach. In fact, her hut there now, located right next to the DEKAMER center, serves as Kaptan June’s Hut Sea Turtle Conservation Foundation and is a place where visitors can learn more about the turtles in the region. While her story has been covered multiple times by the press worldwide, she perhaps tells it best in her biographical book, “Kaptan June and the Turtles.” Haimoff has also written the book “Breakfast with Kaptan June,” which is a reflection on the breakfasts this avid traveler has had around the world. June arrived in Turkey by boat in 1975 and made it her forever home less than 10 years later. She continues to this day to live in Dalyan and contribute to turtle conservation efforts.