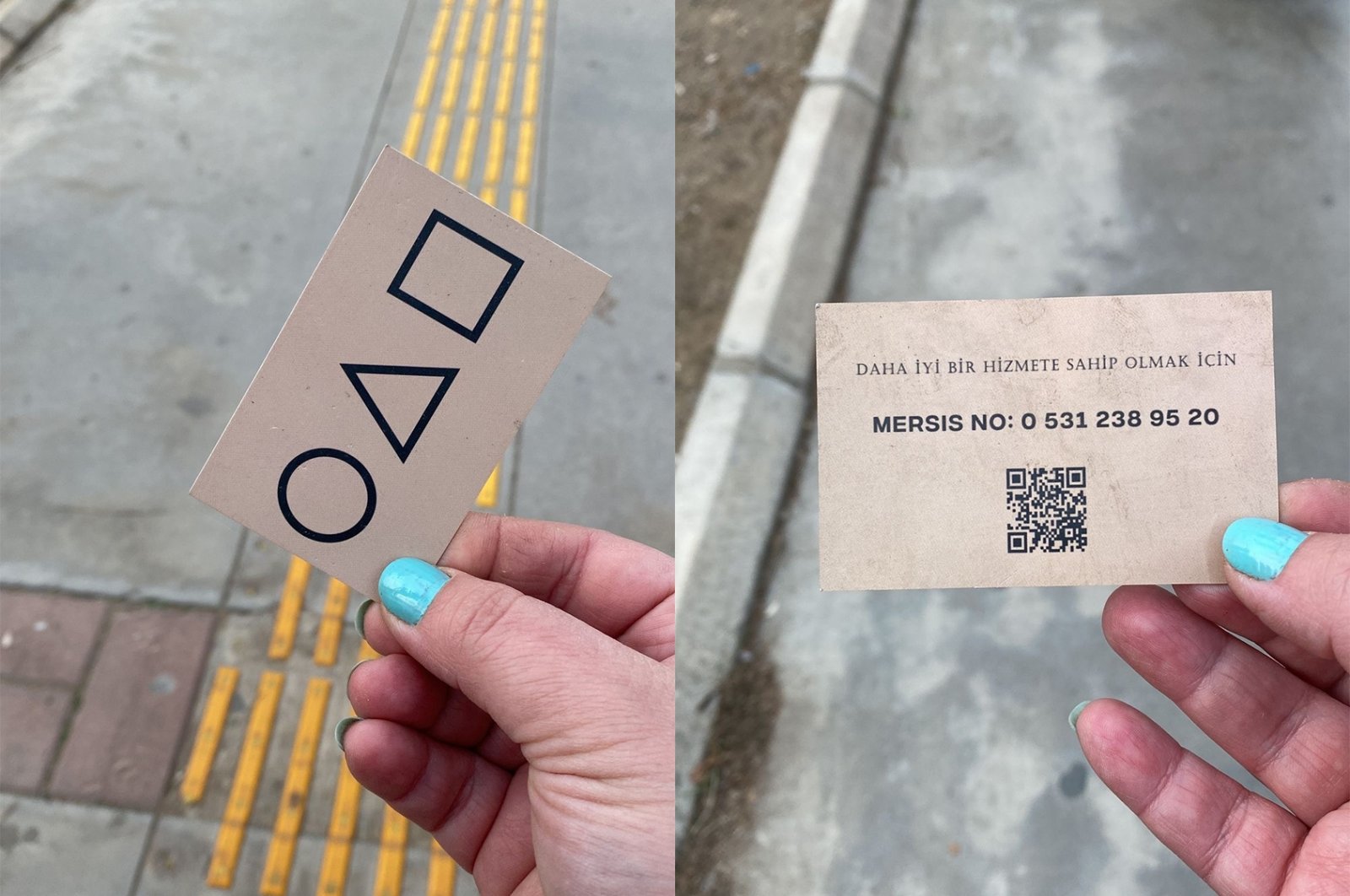 The front and back of the business card distributed as an ad by Kadir Market are seen in this combination of the pictures taken on Oct. 31, 2021 (Photos by Şule Temurtaş)
by Daily Sabah with AFP Oct 31, 2021 4:43 pm

A market in Turkey’s western Izmir province apparently wanted to take advantage of the series’ popularity, distributing business cards similar to those depicted in the drama, with the same symbols inspired by PlayStation buttons.

According to the pictures shared with Daily Sabah by Şule Temurtaş, an Izmir local, one side of the business card has the rectangle, triangle and circle symbols, just like it was depicted in Squid Game.

The other side of the card however, has an invitation.

“To have a better service,” the card reads, going on to list a phone number and a QR code. It turns out the phone number belongs to Kadir Market in Bostanlı neighborhood of Izmir’s Karşıyaka district, and that the QR code redirects the user to the market’s WhatsApp order line.

The Netflix smash hit series features a group of South Korea's most marginalized and deeply in debt, who compete in children's games for the chance of 45.6 billion won ($38 million), with lethal consequences.

"Squid Game" is the latest manifestation of the ever-widening influence of the country's popular culture, epitomized by K-pop sensation BTS and the Oscar-winning movie "Parasite."