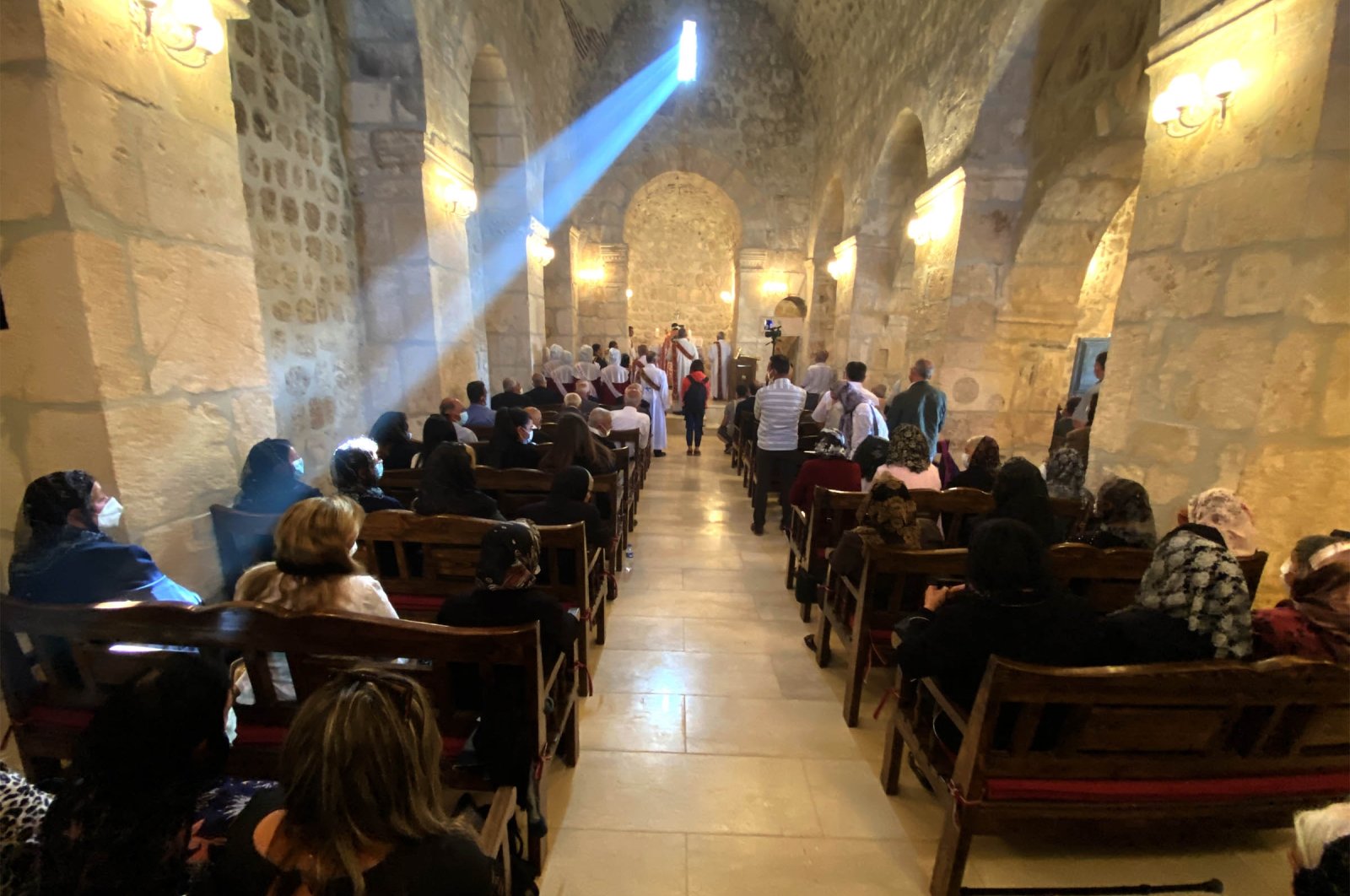 Assyrians of the southeastern Mardin province, who emigrated to Europe 30 years ago and recently returned to their homeland, restored their 1,700-year-old church and have opened it for worship with a ceremony on Monday.

The İzbırak village in Mardin’s Midyat district, where nearly 100 Assyrian Turkish families once lived, was transformed into a ghost town in 1993 as the community migrated to other European countries. The Assyrians decided to return as peace prevails once again in the region with security forces having completely cleared the area of PKK terrorists. After their return, the families started restoration work on the 1,700-year-old Mor Dimet Church. After the completion of the two-year restoration project, the families can begin to worship there again after almost 30 years.

The opening ceremony of the church was held with the participation of Midyat Metropolitan Samuel Aktaş, as well as local and foreign priests and many Assyrians from Germany, Belgium, Netherlands, Sweden, Switzerland, the United States and Austria. In the ceremony, which lasted for three hours, priests recited sections from the Bible and religious hymns were sung. Later, Metropolitan Aktaş blessed the church and opened it for worship again.

“This church was renovated and opened today. Thank God, we are very happy. Ninety percent of the guests came for this ceremony from abroad,” said Sister Hatune Doğan.

“Of course, today is a historic day. Because people came to this ceremony from various European countries, from Belgium, Germany, Sweden, as well as our local friends here. There were up to 400 people at the opening. It gave us joy,” Aydın Aslan from Belgium said.

The Assyrian Turkish community, a Christian group concentrated in southeastern Turkey, has seen its numbers rise again in recent years with those who emigrated to other cities and countries returning. Most members of the community in Mardin and neighboring cities left the region, or Turkey entirely, for other cities and countries after the 1980 coup. The campaign of violence by the PKK terrorist group that terrorized the region starting in the 1980s further accelerated the exodus. The past decade saw a surge in PKK attacks that were followed by a massive crackdown on the terrorist group, ultimately restoring safety to most of the region.