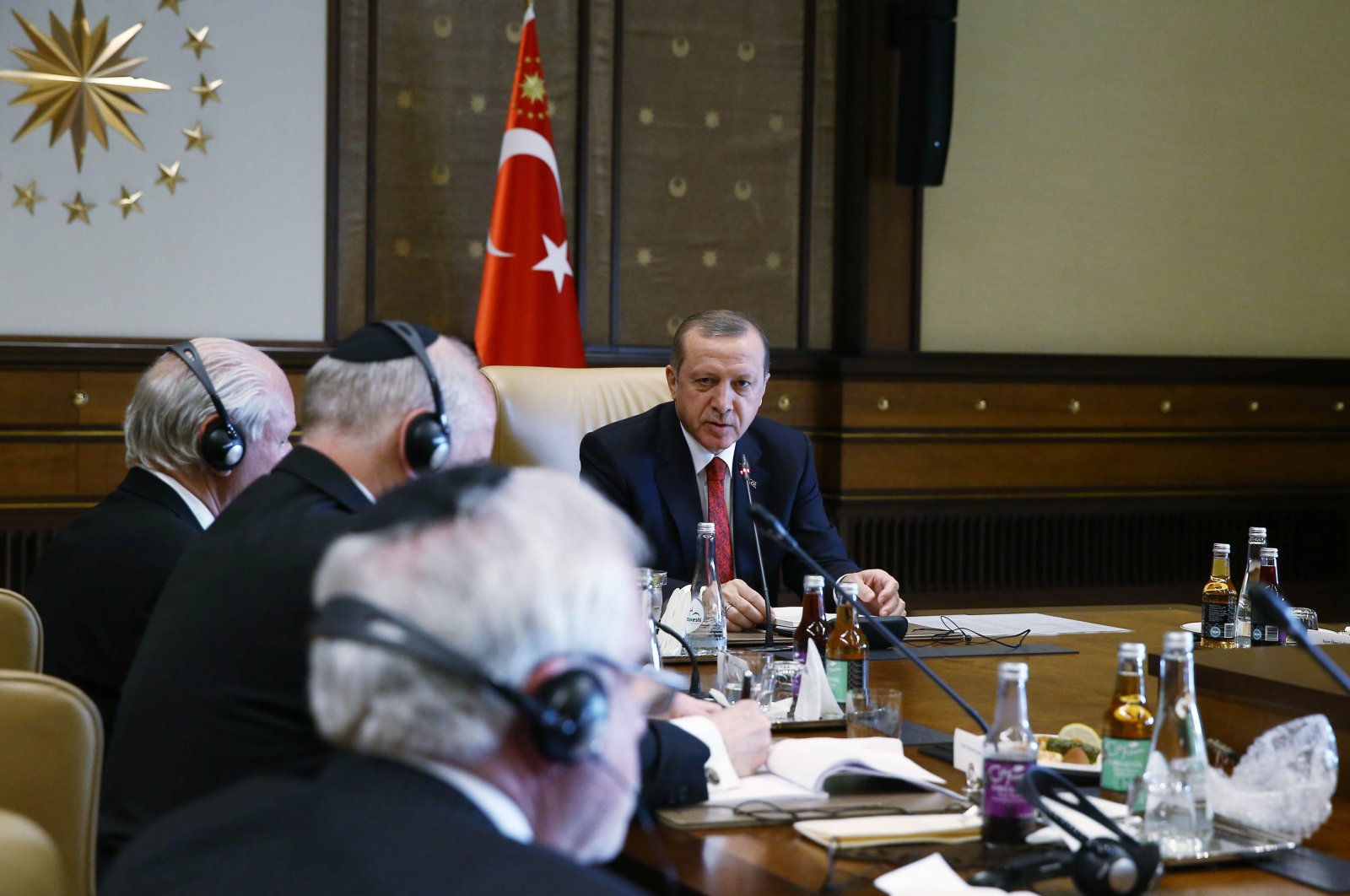 President Recep Tayyip Erdoğan attends a meeting with the Conference of Presidents of Major American Jewish Organizations at the Presidential Complex in Ankara on Feb. 9, 2016 (Presidency File Photo)
by DAILY SABAH Mar 09, 2021 7:27 pm

President Recep Tayyip Erdoğan called the co-president of the Turkish Jewish community to extend his condolences for the loss of his mother, reports said Tuesday.

Erdoğan called Erol Kohen and expressed his condolences for the loss of Beki Kohen, reports said.