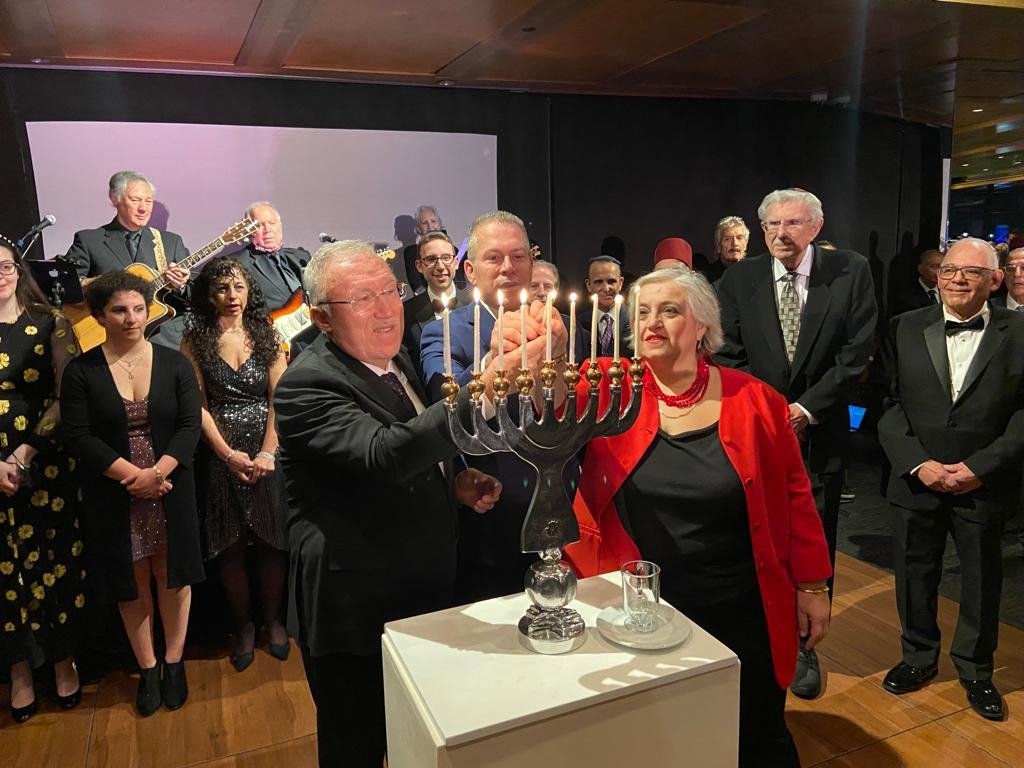 Hanukkah, the Jewish festival of lights, highlighted a rare incidence of friendship between three countries often at odds on a diverse array of issues. Turkish Ambassador in Washington H. Murat Mercan joined Israel's United Nations representative Gilad Erdan and Greek Ambassador in the United States Alexandra Papadopolou at an event to mark the eighth night of Hanukkah. The three envoys lit Hanukkah candles together at the event organized at the Museum of Jewish Heritage in New York by the Sephardic Jewish Brotherhood of America.

Diplomatic sources told Anadolu Agency (AA) that it was the first event representatives of the three countries attended together in the United States in 15 years, while AA quoted Erdan as saying it was "a rare unity."

The event was also attended by other officials from Turkish missions in the United States, as well as members of the Turkish Jewish community. Dr. Albert Bourla, CEO of Pfizer, was among the guests of honor at the event.

In Turkey, Hanukkah's last night was marked at an event on the shores of the Golden Horn. Chief Rabbi Izak Haleva led the ceremony to light the menorah in the presence of a large number of participants. Deputy Culture and Tourism Minister Ahmet Misbah Demircan was among those attending the event.

Hanukkah is celebrated by Jews worldwide for eight days and nights and falls on the 25th day of the Jewish month of Kislev, which falls into some time between November and December on the secular calendar. This year, it started on Nov. 28 and ends on the evening of Dec. 6. In Hebrew, Hanukkah means "dedication," as the holiday celebrates the rededication of the Temple of Jerusalem following the Jewish victory against the Seleucid monarchy in 165 B.C. Often called the Festival of Lights, the holiday is celebrated with the lighting of the menorah, traditional food, games and gifts.

In 2015, the Jewish community, whose number dwindled due to a pogrom decades ago and migration to Israel, publicly celebrated Hanukkah for the first time in decades in a ceremony held in Istanbul, where two synagogues were the target of terrorist attacks in 2003.