Jews return to Turkey's Kilis for first Hanukkah in decades 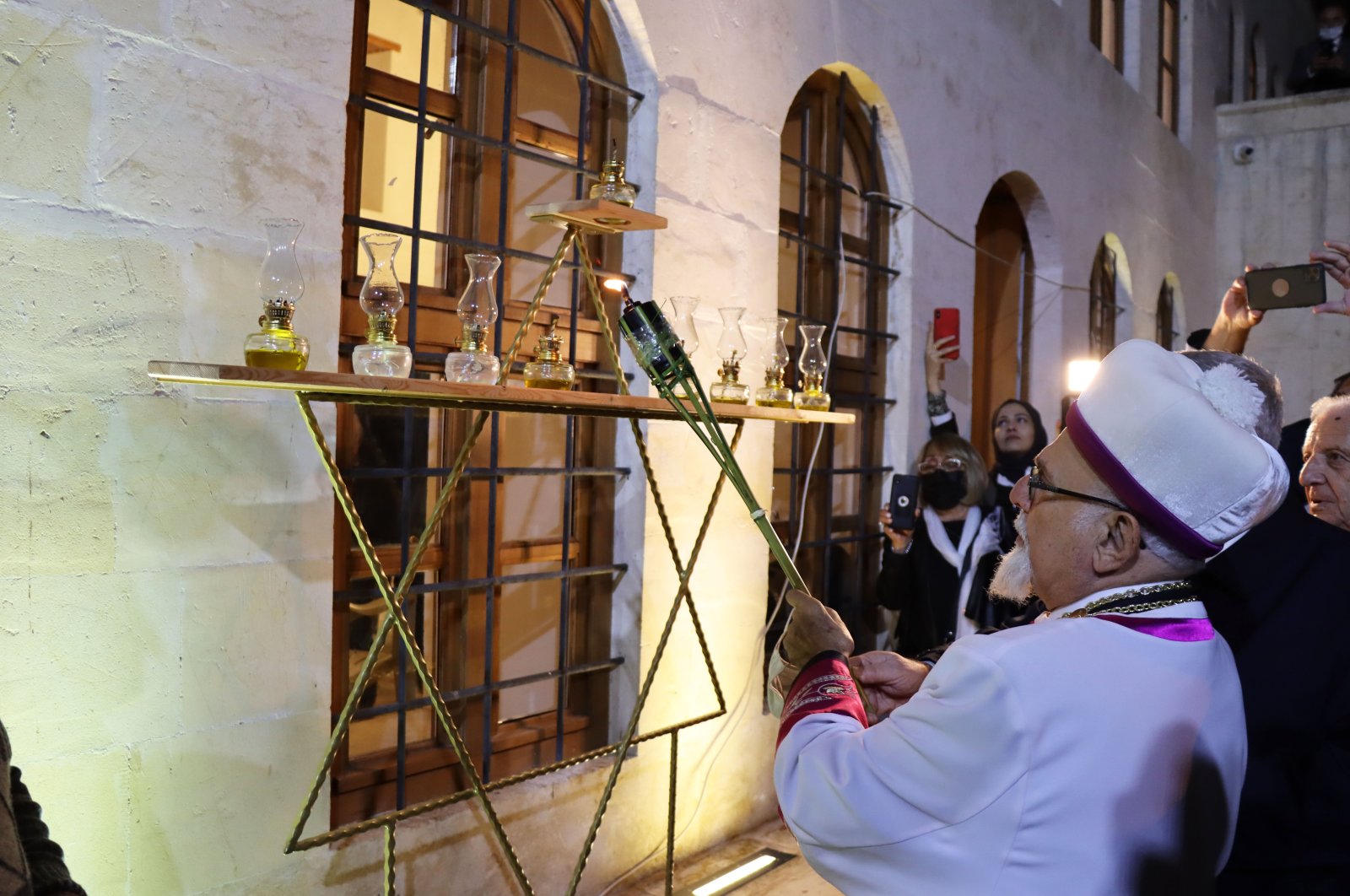 Kilis, which sits on Turkey's border with Syria, is more known for its large refugee population from the war-torn country nowadays. However, it was home to another distinct community last century. A group of Jews, including those who left the southern province years earlier, joined Izak Haleva, the chief rabbi in Turkey, for a special ceremony in a synagogue reopened after extensive restoration.

Haleva lit the candles on the occasion of Hanukkah at Kilis Synagogue, which was restored in 2019 by a local branch of the Turkish government's Directorate of Foundations. The synagogue is the only one standing largely intact in the province, more than 60 years after it was abandoned when Jews left the province for Israel or other cities in Turkey. A group of 40 people, including Turkish Jews and those from Israel, arrived in the province earlier before the Hanukkah celebration and toured historical sites, including an ancient mosque.

On Thursday night, they walked into the synagogue in the Meşetlik neighborhood for an emotional Hanukkah night. Speaking at the synagogue, Haleva said it was a pleasure to be in a place where fellow Jews lived and prayed once upon a time. Speaking at the event, Ishak Ibrahimzadeh, co-leader of the Turkish Jewish community, said he did not know as a child that there were synagogues in Kilis as well as other Anatolian cities, including Gaziantep, Hatay and Tokat.

"We are happy to be here, especially at a time when our Muslim brothers will perform prayers at the mosque over there. We see a light in the darkness. Being here has a special meaning for us, as these synagogues reopen again, shedding light on our lives, which fell into darkness in the past, onto the collective memory of Turkish Jews and Turkey," he said.

"Turkey reached an unimaginable point two decades ago and this led us to understand our past better and illuminate our future with the light (of the past). We are grateful for the political will that helped us come here, to revive our collective memory, something equal to a miracle for our community," he added.

Raşel Nahmed, a 60-year-old Jew, told Anadolu Agency (AA) that her family left Kilis for Israel 55 years ago, and she returned to see their memories in the province. Şule Tavaşi said she had been to Kilis 17 years ago and was excited to return for the first Hanukkah at the restored synagogue. "I visited the house and shop where my father lived and worked," she said.

The community recited prayers for President Recep Tayyip Erdoğan before lighting candles as part of a Jewish ritual.

Turkey's Jewish community, which traces its roots to migration to the Ottoman Empire centuries ago after fleeing Spain and centuries before the landmark migration, has dwindled in numbers over the past decades, especially amid a pogrom which also affected other minorities and after the foundation of the state of Israel. Today, most of the Turkish Jewish population, estimated to be around 18,000, reside in Istanbul.