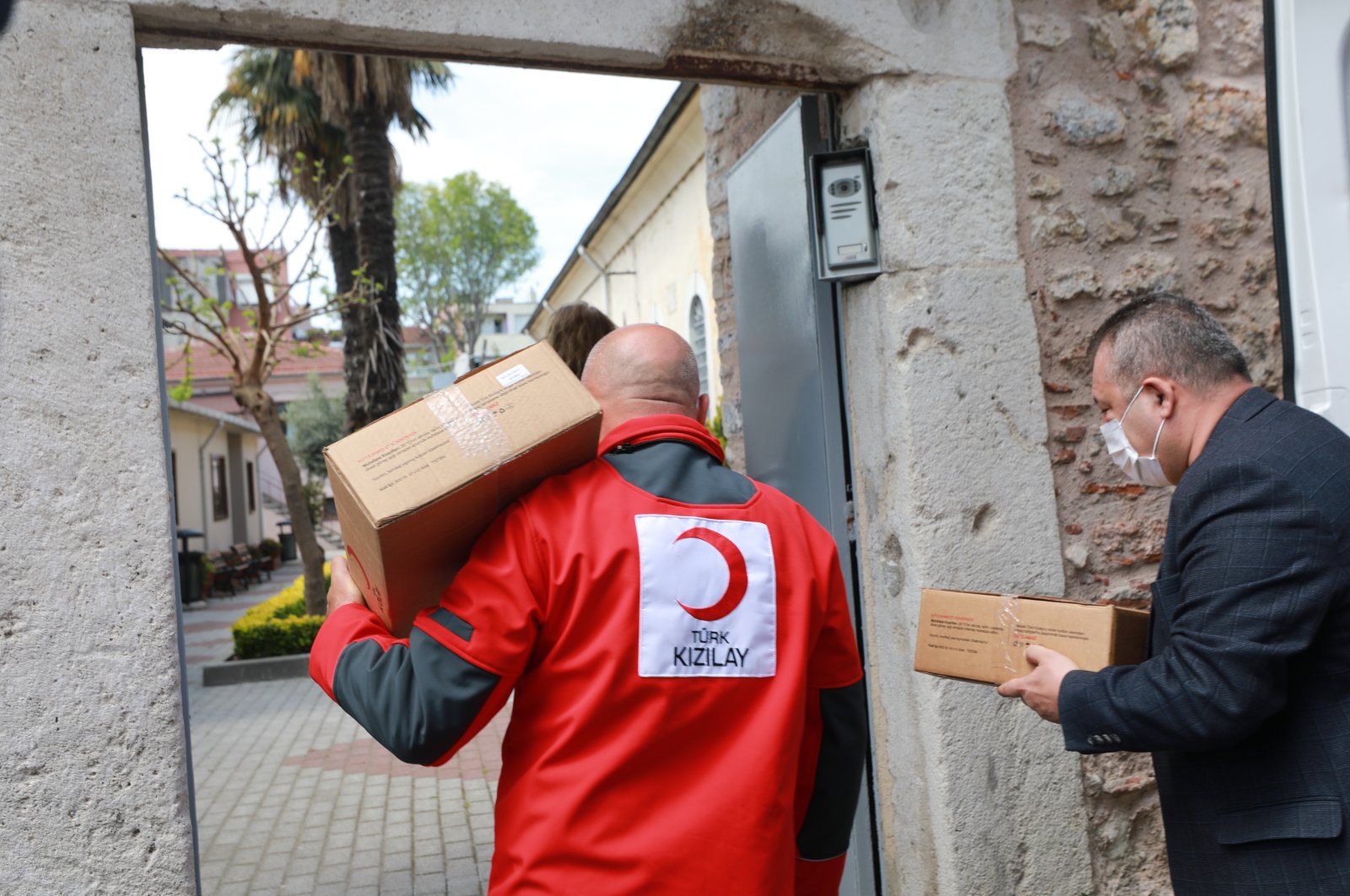 The Turkish Red Crescent delivered 100 food packages to an Istanbul church as part of measures to combat the novel coronavirus, the aid agency said Thursday.

Altimermer Greek Orthodox Church in Istanbul’s historic Fatih district received the supplies of basic necessities that will be distributed to the city's Greek Orthodox minority community.

Red Crescent board member Ercan Tan said the packages contain hygiene products as well as food noting that the aid group will continue operations around the world.

Stelyo Gülgün, the head of Altimermer Greek Orthodox Church Foundation thanked the Red Crescent for the supplies and said: "We have always seen your support.”

Senior pastor Yorgo Kasapoğlu said the church has collaborated with the Red Crescent for the last five years and the supplies will be sent to those older than 65 who are prevented from leaving their homes because of the coronavirus partial curfews.

After originating in China last December, the virus has spread to at least 185 countries and regions. Europe and the United States are currently the worst-hit regions.

The pandemic has killed nearly 229,000 people, with the total infections exceeding 3.2 million, while more than 992,500 have recovered, according to figures compiled by Johns Hopkins University in the U.S.