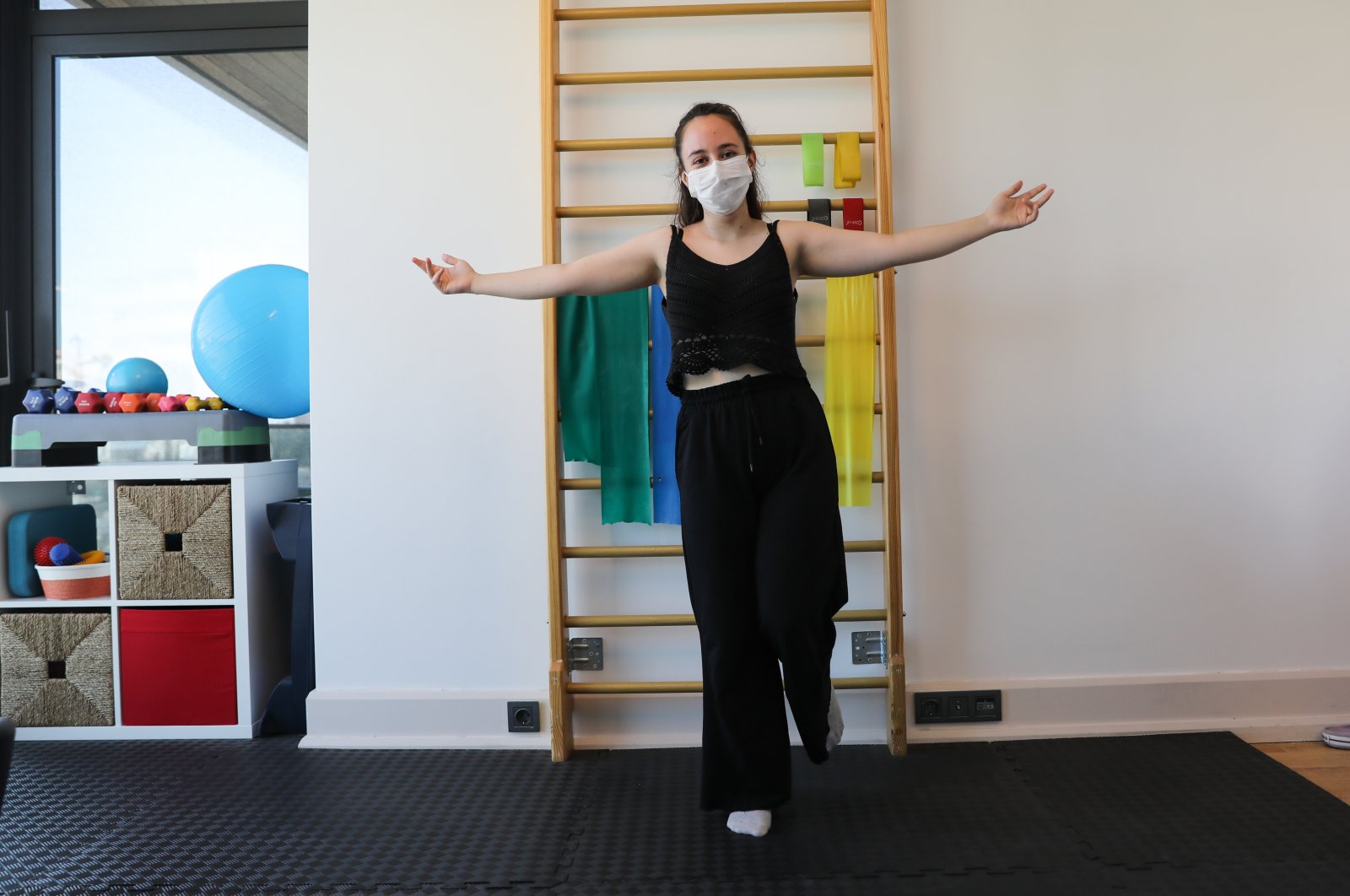 Every hour counts if you are fighting for survival buried under slabs of concrete. It took 17 hours for İnci Okan to see the light again and, nine months after her rescue, the 16-year-old girl is back to her old life, walking and running again.

Okan, a music school student who plays violin, was among the “miracle rescues” in the Izmir earthquake that killed 115 people in the eponymous western province of Turkey in October 2020. She was found in the debris of an eight-floor apartment building where 34 people were killed, along with her dog Fıstık (Pistachio).

Since then, she has undergone multiple surgeries and therapy sessions for four weeks at a hospital. The treatment was followed by another nine months spent at a physical therapy clinic. Today, the young student is able to walk on her own and has ditched her wheelchair. Recalling “dark days,” she says she almost lost her legs. “Hours under the rubble were difficult but I found out it would be much more difficult once I was rescued. For about two months, I could not take even a step. Standing up would cause an unbearable pain and I could do it only with the help of someone else,” she told Anadolu Agency (AA) on Thursday.

Today, she can run after starting her physical therapy with “small steps.” “My right leg was in a particularly bad state and I thought I would never walk again. It would suffice to be able to hobble and I never expected that I would walk smoothly again,” she says.

Okan, who lost her grandmother in the earthquake, says it takes “only 10 seconds” to lose someone you loved. “People lost their families, their houses, everything in the earthquake. So, you have to value your life. Tell your loved ones that you love them while you have time and do what you love most,” she says. The young girl says playing violin helped her overcome her trauma. “I will never abandon my passion for music. I want to be happy and this is what makes me happy,” she says.