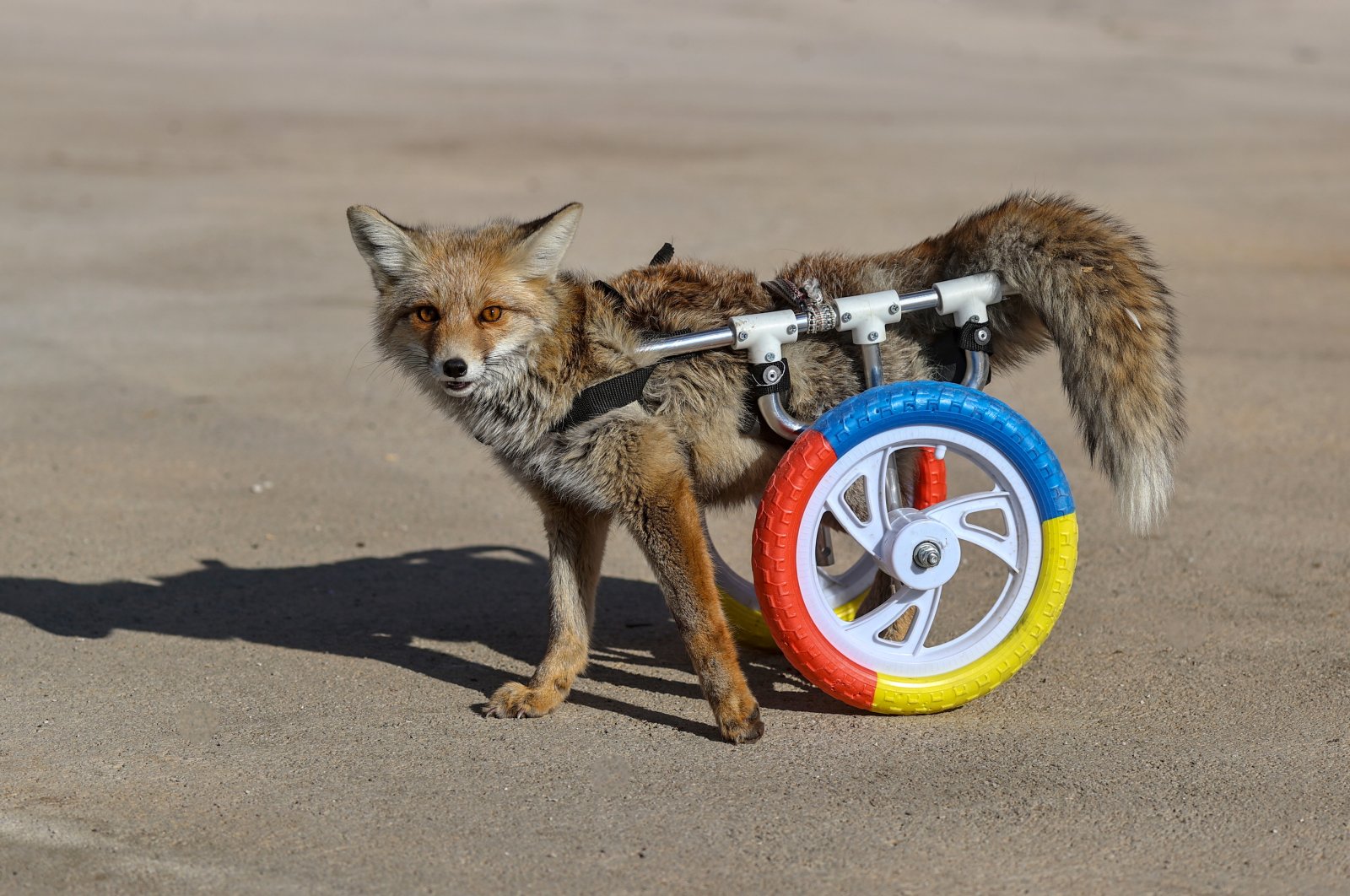 According to the report, the fox was hit by a car, resulting in irreparable damage to its hind legs.

After quickly adapting to the walker, the fox can now freely roam around the Van Yüzüncı Yıl University grounds where the vets treated it.

“An animal might come in their path any moment,” he said.

Aslan also stated that they release animals who can survive on their own into the wild but that they keep and take care of animals that require special treatment.

“We will look after it as long as it lives,” he said, referring to the fox that has found a new lease on life with the wheelchair.