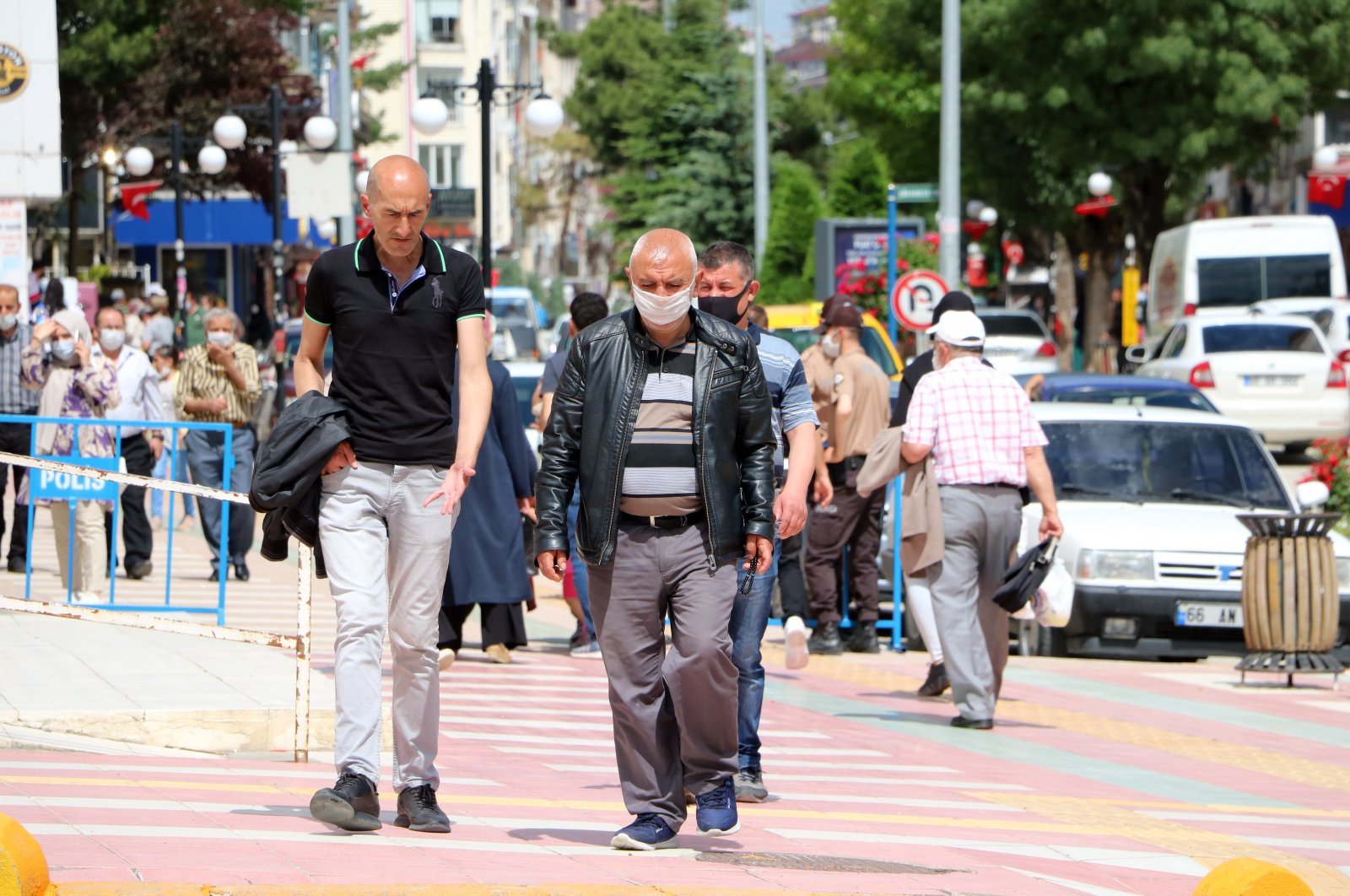 Turkey saw the highest number of patients in intensive care units, at 893, being treated for COVID-19 as experts tie it to fallout from rising number of new cases in the past month

The increasing number of recoveries has brought hope to Turkey in its fight against the COVID-19 pandemic, but a drastic rise in the number of patients in intensive care units raises concerns. The country announced Tuesday the total number of patients in intensive care had risen to 893, the highest in a month. Professor Ateş Kara, a member of the Health Ministry’s Coronavirus Science Board, said the increase is the fallout from an upward trend in new cases which have fluctuated around 1,500 in recent days.

The country conducted 42,982 more tests in 24 hours, taking the total so far to over 3 million, Koca said on Twitter. These tests confirmed 1,268 new COVID-19 patients, bringing Turkey’s number of total cases to 190,165.

As of Tuesday, 3.03 million tests have been carried out across the country since March 10, when the Health Ministry announced the country’s first confirmed coronavirus case.

Meanwhile, the number of patients who have recovered from COVID-19 increased to 162,848 with 1,315 new recoveries over the past day, the minister added.

Turkey also saw a 30% rise in the number of intubated patients.

A report attributed to experts at the Milliyet newspaper shows the upward trend in cases that was apparent in Istanbul in April is now shifting to other cities.

Ateş Kara told the newspaper that there might be a decline in the number of intensive care patients this weekend based on the current data.

He says that one of the possible factors for the rise may be tied to the easing of restrictions for senior citizens and children. After months of curfew, Turkey lifted the around-the-clock restrictions for both age groups earlier this month. People at the age of 65 and above can now go out from morning hours to evening while children are allowed to go out throughout the day in the company of their parents. Kara says although the rate of cases in the most populated city Istanbul dropped below 40% from 63%, some other cities have seen a rise “due to several customs and ceremonies,” referring to wedding parties and gatherings to convey condolences to families of deceased people. Media outlets are awash with stories of people getting infected after attending such parties.

Kara says bringing the number of daily cases below 100 is very difficult but a downward trend can be possible if more people follow the rules. Authorities repeatedly call on the public to wear masks, maintain social distancing and exert vigilance in personal hygiene.

Professor Haluk Eraksoy, head of the infectious diseases and clinical microbiology department at Istanbul Faculty of Medicine, says the majority of patients in intensive care are senior citizens and those with a history of other diseases. Eraksoy told Milliyet that Istanbul does not have a concerning outlook in terms of the rise in the number of inpatients.

Fines for those without masks

It is unclear how many people comply with the rules but the number of fines issued since Monday, the day the country made wearing masks mandatory in most cities, gives an idea. The Interior Ministry announced Wednesday that 7,017 people were fined for not complying with the mask rule on Monday and Tuesday.

Turkey has been relatively lax in enforcing mask-wearing rules, hoping the public would heed the advice of authorities, but was forced to step up measures when the number of new cases climbed in the wake of the next stage in the “normalization process” that started on June 1. Starting last week, authorities began issuing formal warnings to anyone caught without a mask on in public. Security forces patrol the streets now to catch people who are violating the rule. Wearing a mask all the time while outside is mandatory in 62 provinces. In 12 provinces, residents are required to wear masks in crowded places like shopping malls, supermarkets, restaurants, cafes and barbershops. Seven provinces require wearing masks in some busy streets and squares. Those not complying are ordered to pay a fine of TL 900 ($131).

The country has gradually reopened businesses and lifted weekend curfews in what authorities call the “new normal” or a “controlled social life” in a bid to prevent damage to the economy.

On Wednesday, Turkey rolled out a new step for normalization. Ali Erbaş, head of the Presidency of Religious Affairs (Diyanet), announced that all prayers in the mosques can now be performed with a congregation. Mosques were closed to congregations on March 16, and Friday prayers, which are required to be performed en masse, were banned. Mosques opened for Friday prayers on May 29 but the faithful were required to maintain social distancing and wear masks. Noon and afternoon prayers were also allowed to be performed with a congregation on that date.