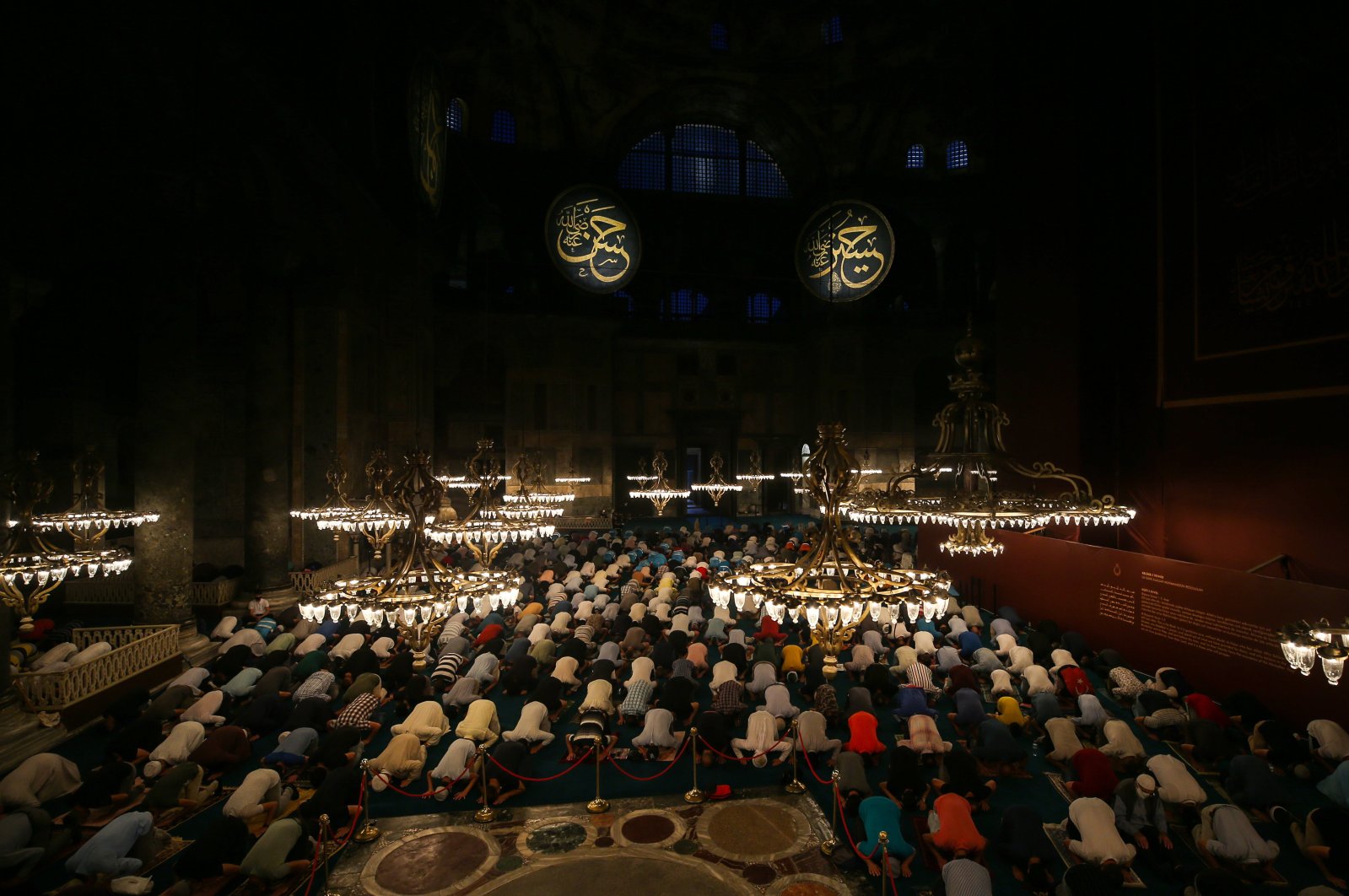 The Hagia Sophia, which was reverted to its previous status as a mosque after functioning as a museum for decades, has seen an influx of visitors since its reopening as a mosque in July. Professor Mehmet Emin Maşalı, the mufti of Istanbul, where the iconic structure is located, said more than 1.5 million people have visited the mosque and they receive around 30,000 visitors every weekend.

The iconic structure was first built as a church before it was converted into a mosque after Istanbul’s conquest by the Ottomans in 1453 and remained as such for nearly 500 years until it was converted into a museum in 1934. On July 10, a Turkish court annulled a 1934 Cabinet decree that had turned Hagia Sophia into a museum, paving the way for its use again as a mosque after an 86-year hiatus. Thousands streamed into the mosque on July 24, from the country’s leaders to visitors from around the world.

Maşalı told Anadolu Agency (AA) that rules regarding the COVID-19 pandemic were strictly enforced during visits and people are allowed inside in small groups. “People are self-conscious too and adhere to social distancing while inside,” he said. The mufti said although the number of tourists visiting the mosque was limited due to the pandemic-related restrictions on travel, Turks’ interest never ceased.