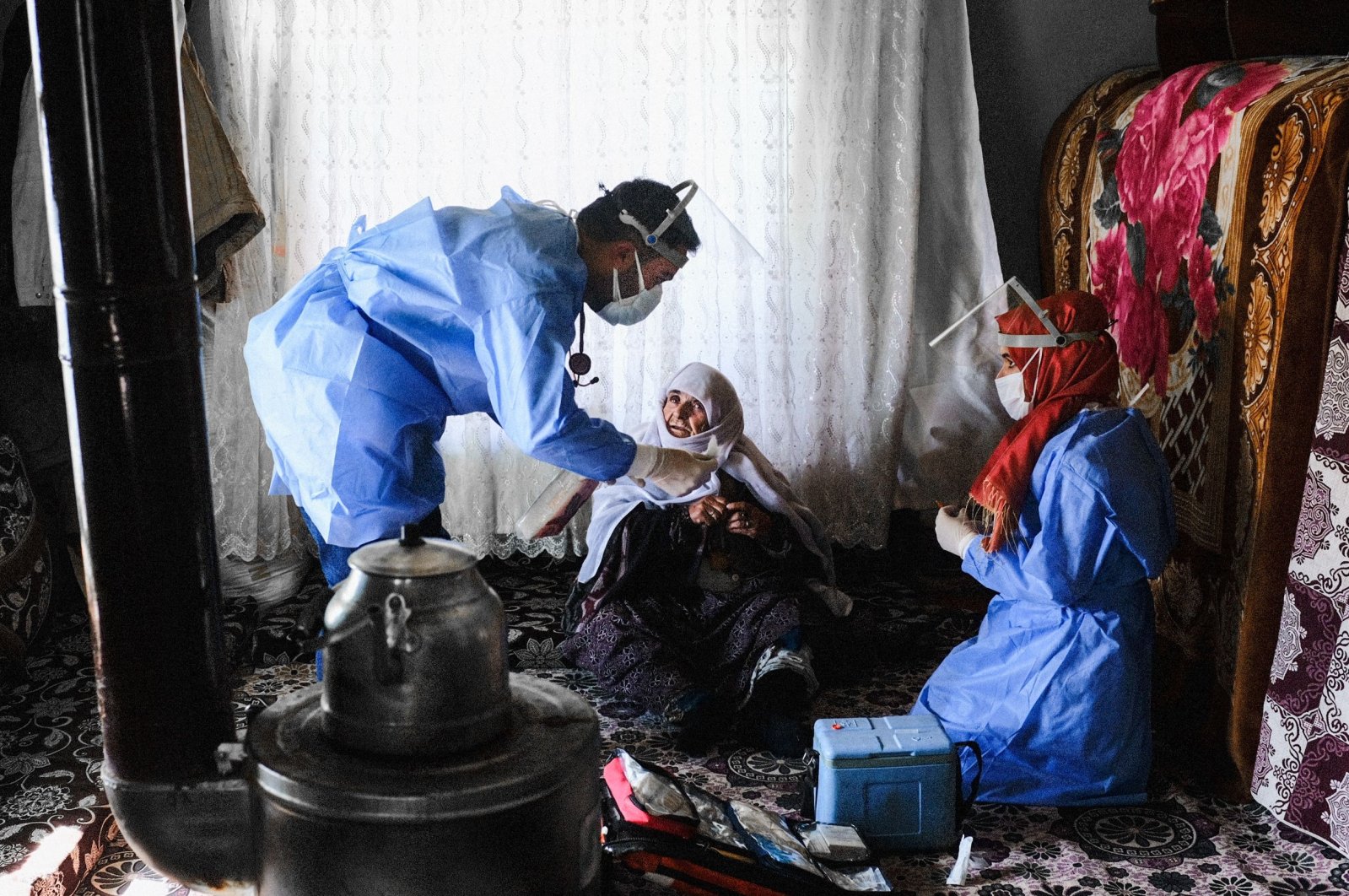 Health Ministry data revealed Thursday that Turkey has vaccinated more than 5 million people with the first dose of a COVID-19 vaccine developed by China's Sinovac Biotech Ltd in one month.

The vaccination effort with China's CoronaVac jab kicked off with a bang in mid-January when Turkey inoculated more than half a million people in the first few days. More than 5 million people have got their first shots since then, including 800,000 who received two doses, as Turkey plans to vaccinate 13 million people by March.

Those 65 and above have been receiving their first jabs and the age limit will be gradually lowered to the brackets of 40-49, 30-39 and 18-29. Those in the priority age groups that elect not to receive their shots will be the last to be inoculated if they change their mind.

As part of the new roadmap for the reopening of schools on March 1, Turkey plans to vaccinate teachers later this month. Schools have been closed on and off amid concerns of a new surge in the outbreak since March 2020.

Turkey has reported more than 2.6 million infections and about 27,700 deaths from COVID-19. The government imposed weekend lockdowns, nightly curfews and other restrictions in the face of rising cases in December.