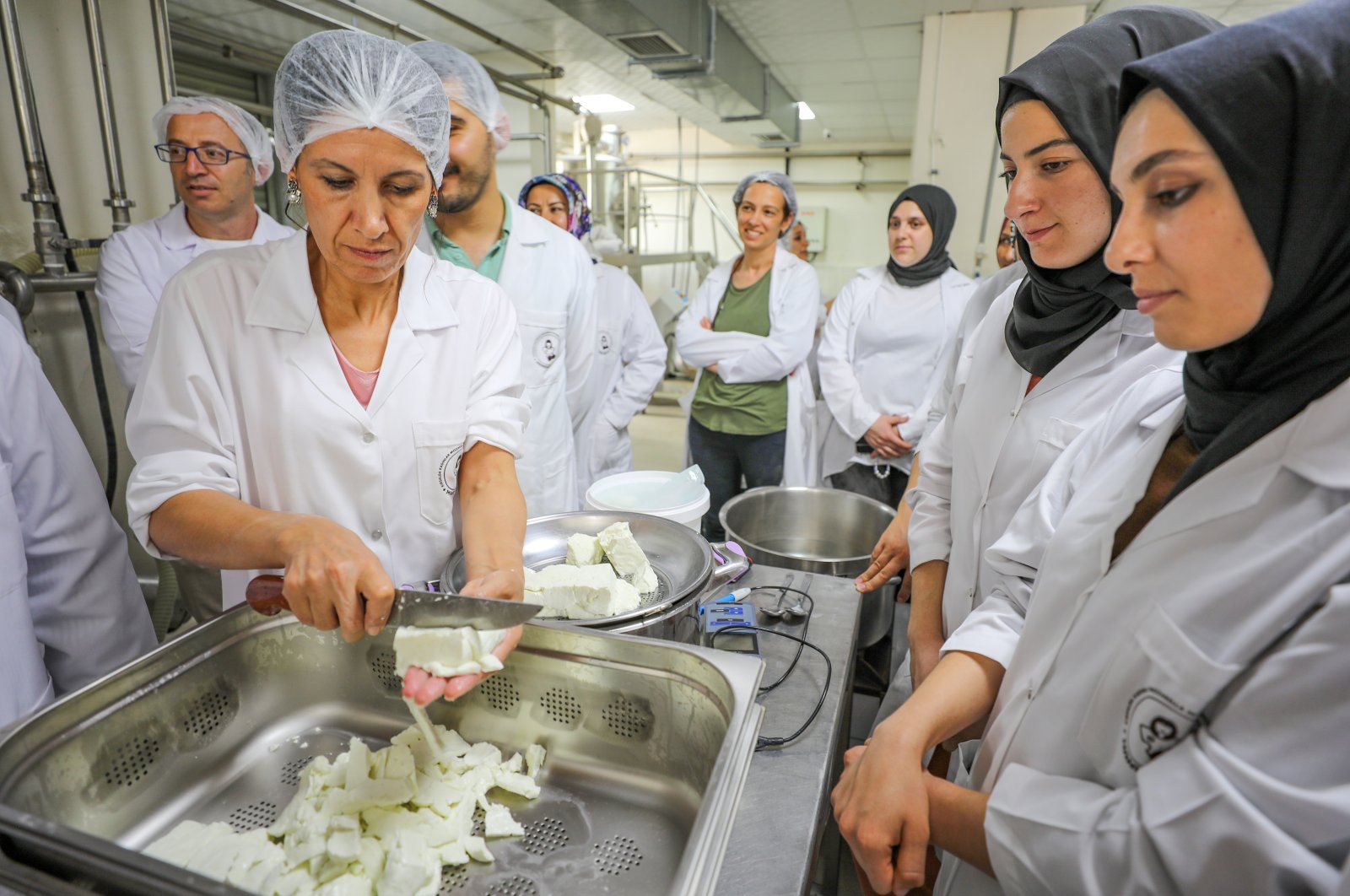 Far from the Mediterranean hubs of production for Italy’s famed cheese export, mozzarella, a group of women in southeastern Turkey aspires to make their own brand known, and to earn more income on the side. “Mandarella,” named after the Turkish word for buffalo, is only available in the southeastern province of Diyarbakır for now but a women’s cooperative focused on its production will be established soon to market the cheese to the world.

With the cooperation of a local union of buffalo breeders, Dicle University in the province, an agriculture research center and the provincial directorate of agriculture, the women are trained in mozzarella production. Currently, 48 women between the ages of 18 and 45 undergo training for the project which also aims to boost milk production in Diyarbakır, an important hub of buffalo breeding in Turkey. The women who are chosen come from rural neighborhoods that thrive on agricultural production and livestock breeding. Once their training is completed, they will join the cooperative.

Yezdan Uzunoğlu, a vet and coordinator of the project, says most of the women were amateur cheese makers but were now learning mozzarella production. “Our goal is to convert at least half of the buffalo milk produced in Diyarbakır to mozzarella within three years and present it to the local and international markets,” he said. Along with the production, women are trained on how to establish and run a cooperative. “Mandarella may be available on shelves of Italian stores as well,” he added.

Ayten Katar says she has been involved in cheese making since her childhood but the training was making her a “professional.” “We are good at production of local flavors and now we are learning about mozzarella. So far, we are doing good. Women can succeed in anything once they learn,” she says. Hatice Bakar, hailing from a family of buffalo breeders, says the training gave her a new venue to improve her “skills.” “If Italians can do it, we can do it too,” she says.