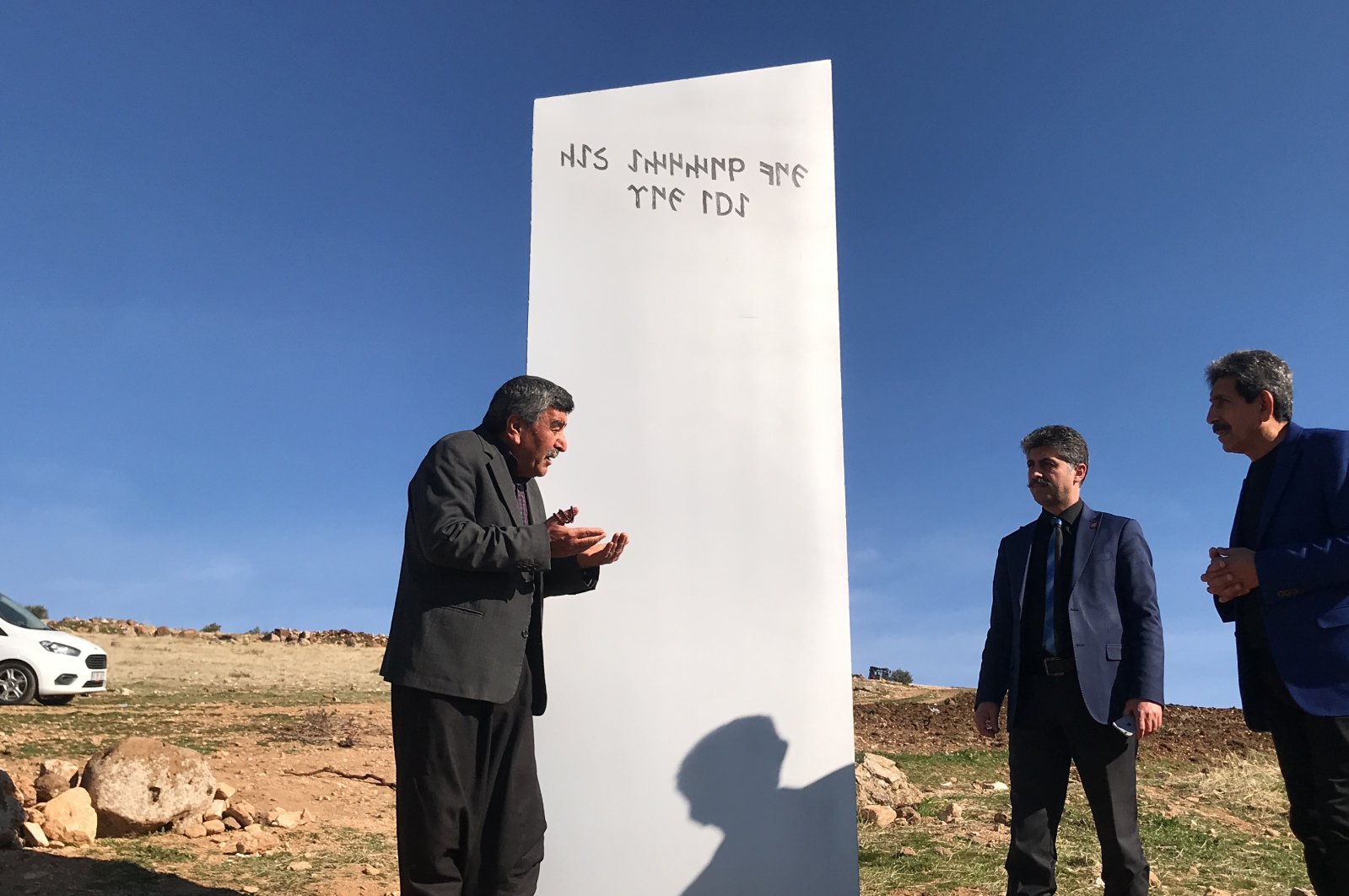 A mysterious monolith that recently appeared in southeastern Turkey and then disappeared turned out to be a publicity stunt for Turkey’s National Space Program late Tuesday.

The metal slab bore an inscription in old Turkic Göktürk alphabet that read, “Look at the sky, you will see the moon.” After President Recep Tayyip Erdoğan’s announcement and utterance of the same phrase, it was understood that it was a viral marketing tactic for the Turkish Space Program.

At a press conference, Tuesday during the inauguration ceremony of Turkey's National Space Program and the Turkey Space Agency, Erdoğan said, “Look at the sky, see the moon,” informing the public of Turkey's plans to land on the moon by 2023.

"Our first goal is to land on the moon by 2023, the 100th anniversary of the Republic of Turkey, I believe Turkish engineers will manage to carry out this mission," he said.

A three-by-one-meter metal block was discovered by locals in a field in the rural neighborhood of Örencik, which is near the world’s oldest temple Göbeklitepe on Feb. 5. Security forces who were alerted to the find had cordoned off the monolith and launched an investigation. Four days after its appearance, it vanished, leaving everyone baffled.

The inscription's alphabet was a reference to Turkey’s Göktürk satellites. Göktürk is an old Turkic alphabet that gained popularity in Turkey in recent years thanks to historical TV dramas and growing interest in the Turks' ancient history.