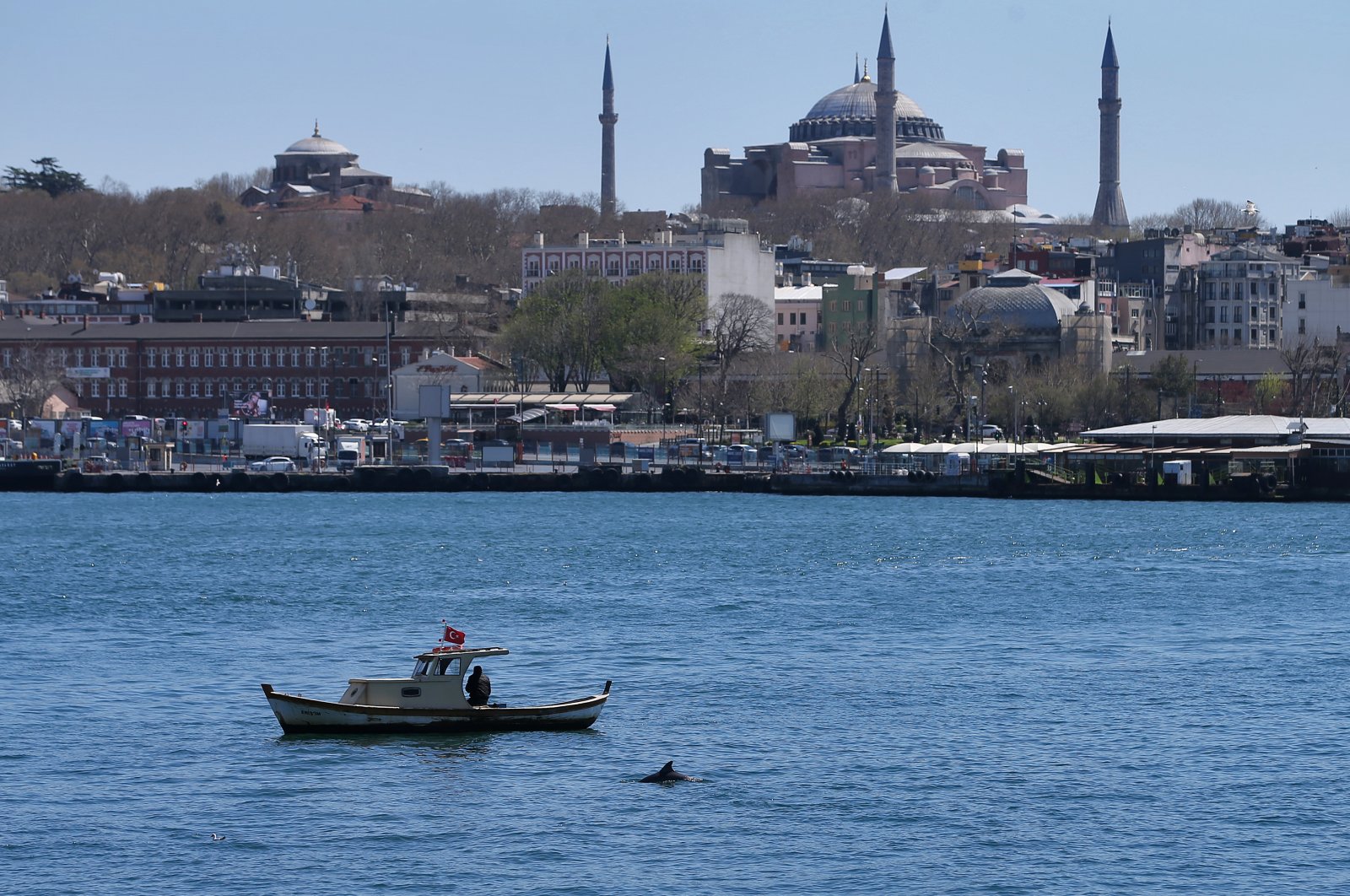 As Turkey’s cities are emptied of vehicles and pedestrians amid lockdowns over the coronavirus pandemic, wildlife has come out of the woods to reclaim old territory.

The past two weekends, as a measure to keep people from rushing outdoors to enjoy the fine spring weather, a two-day curfew was put in place in 31 mostly urban provinces across Turkey, affecting 63 million people.

According to WWF-Turkey Chairman Uğur Bayar, animals that normally hide during the day have found the courage to reappear in populated areas as noise, traffic and the number of people outside are reduced.

“We are also encountering dolphins and whales with the reduction of sound and vibrations due to the lack of sea vessels,” Bayar told Anadolu Agency (AA) Saturday.

In Turkey's most populous metropolitan, Istanbul, dolphins were seen by the Galata Bridge this weekend, just off the shores of the city's historic peninsula, where usually dozens of fishermen would be enjoying the beckoning spring weather.

Istanbul Gov. Ali Yerlikaya shared video footage on Twitter showing several dolphins swimming as a ferry passed by. “Now it is their turn to enjoy Istanbul," he wrote.

A pod of dolphins was also seen swimming off of the Cankurtaran neighborhood of Fatih district, where the historic Topkapı Palace is located.

The reduction in traffic and factory production in major cities has also reduced air pollution.

As the smog cleared in Istanbul, residents in various locations across the city caught sight of Mount Uludağ, more than 100 kilometers away in Bursa province. The snowy peak of the tallest mountain in the Marmara region was even seen from the Avcılar district on the European side of Istanbul.

Just a few weeks into the self-isolation measures prescribed by the Turkish government, air pollution had already plunged in Turkey’s biggest cities.

In the second half of March, nitrogen dioxide pollution decreased 36% in Istanbul and 45% in the capital Ankara, according to Hüseyin Toros, a professor of meteorology engineering at Istanbul Technical University (ITU). Daily measurement values also showed a 30% decrease in the northwestern province of Bursa.