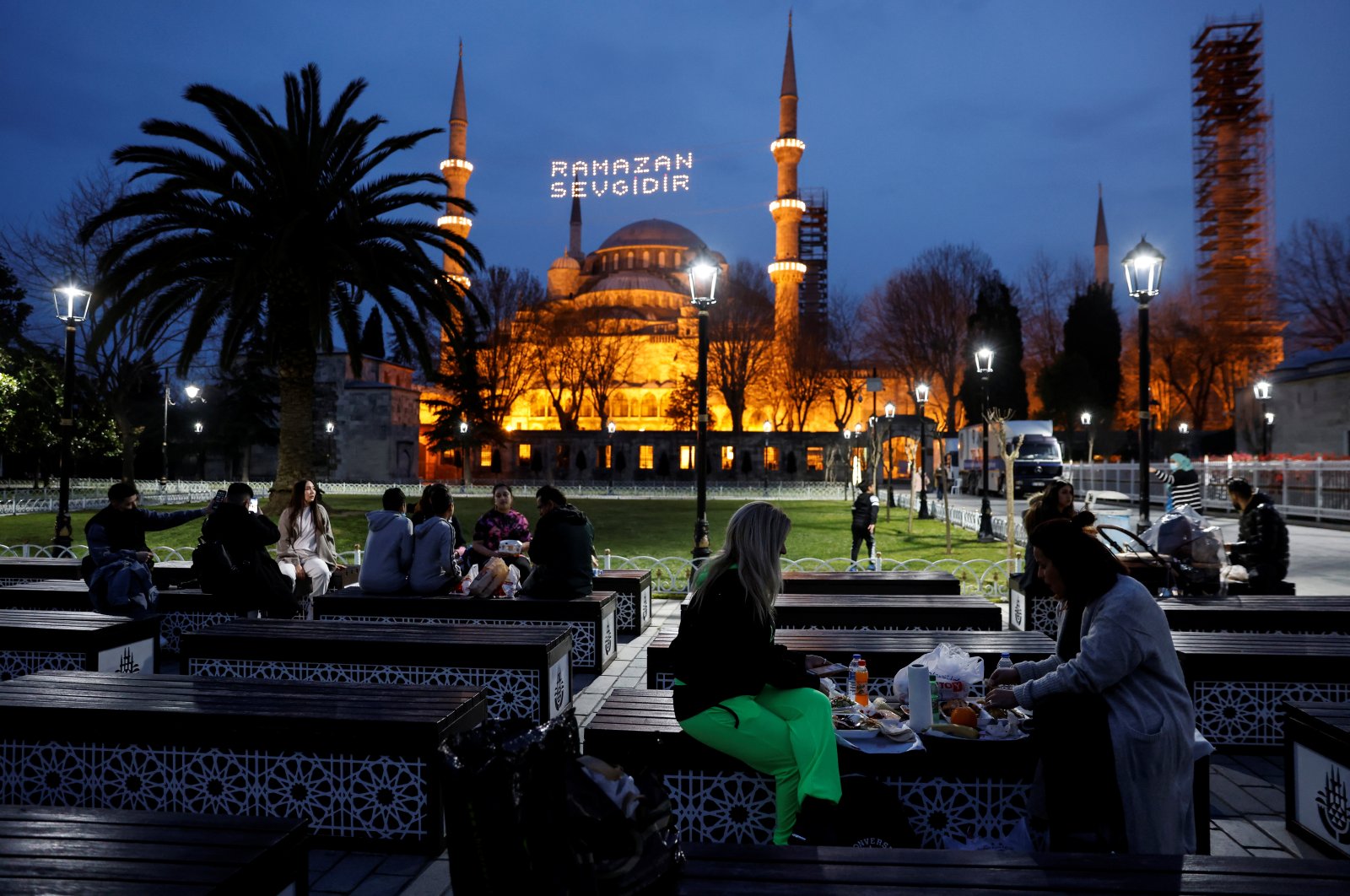 The government stopped short of a full lockdown amid fears that it could cripple the economy but it hopes the new restrictions, which will be valid for the next two weeks, will curb the dramatic rise in the number of daily cases. Erdoğan had previously said that they had wanted to “give a rest” to the country before the end of Ramadan, the Muslim fasting month that started on Tuesday.

The Interior Ministry’s public notice on new rules, which was released early Wednesday, was sent to governorates of the country’s 81 provinces and it calls for rules to be followed and measures to be taken on a provincial basis which will be determined by the governorships.

Under the new restrictions, the weekday curfew will start at 7 p.m. instead of 9 p.m. and last until 5 a.m., during which intercity travel will also be banned except for necessary and urgent situations.

A nationwide weekend lockdown that was reinstituted on April 2 will continue until May 17. It starts on Friday evening (now at 7 p.m.) and will end at 5 a.m. on Monday. People are allowed to shop for groceries from supermarkets and grocery stores within walking distance from their homes. The lockdowns do not cover people working in professions vital to supply chains, such as bakeries or delivery companies.

Only foreign tourists will be exempt from the lockdowns while other foreigners, including those with residence permits or under temporary protection status (refugees), will be obliged to comply with the curfew. Violation of lockdown carries fines, similar to failure to wear protective masks and maintaining social distance.

Cafes and restaurants will also only provide home delivery and takeaway services while wedding halls, sports centers and gyms will be closed until the end of the Ramadan Bayram, (Eid al-Fitr) holiday, which marks the end of Ramadan in the country.

Facilities such as amateur football pitches, swimming pools and fitness centers will be closed. The large-scale activities of nongovernmental organizations (NGOs) or public institutions will not be allowed as part of the new partial curfew plan.

Wedding ceremonies will also be banned and no visitors will be accepted at social protection/care centers such as nursing homes and rehabilitation centers until the end of the Ramadan holiday.

Meanwhile, the seating capacity for public transportation will be limited to 50%. Those aged 65 and over and under 18 can go out during limited hours on weekends. People aged 65 and over will be able to go out between 10 a.m. and 2 p.m. and those under 18 between 2 p.m. and 6 p.m. However, they are banned from using mass transit.

A new Ramadan-only rule is a ban on baking hours for pide, a flatbread wildly popular in the country during Ramadan. People usually form long lines outside bakeries to receive hot pides prior to iftar, the dinners during which they break their fast. The Interior Ministry ordered the bakeries to stop pide production one hour before iftar time to prevent crowds. Mass iftar dinners, either at home or outdoors, are also banned.

All schools – except nursery, eighth and 12th grades – are closed to in-person education under the new rules. They will switch back to online courses.

A major new restriction, one that will probably contribute most to stopping infections from spreading, is a ban on intercity travel for motorists. Air, bus, ferry and train services between cities will remain open while travel in one’s personal vehicle is banned, except for emergency reasons. Security forces will set up checkpoints on roads connecting cities to detect any violations.

The Interior Ministry also urged local authorities to enforce further inspections to prevent abuse of exemptions from COVID-19 rules, like fake bookings at hotels – the only places where restaurants are allowed to operate without restrictions. Stores offering discounts on their opening day, which usually creates large crowds inside and outside, will also be asked to extend the discount period.

In the public sector, working hours were changed to between 10 a.m. and 4 p.m. Pregnant staff, female employees with young children, disabled personnel, personnel aged 60 and above and those with chronic illnesses were placed on administrative leave. Private companies will also be “encouraged” to switch to flexible working hours if the circumstances allow.

As of Tuesday, Turkey had registered a total of 34,455 deaths from COVID-19, while over 3.42 million people have recovered from the disease. There have been over 3.96 million confirmed cases in the country.

In a tweet accompanying a map showing the weekly case numbers, Health Minister Fahrettin Koca said that "restrictions became necessary," noting that variants were spreading fast across the country. "We will fight and win," he added.