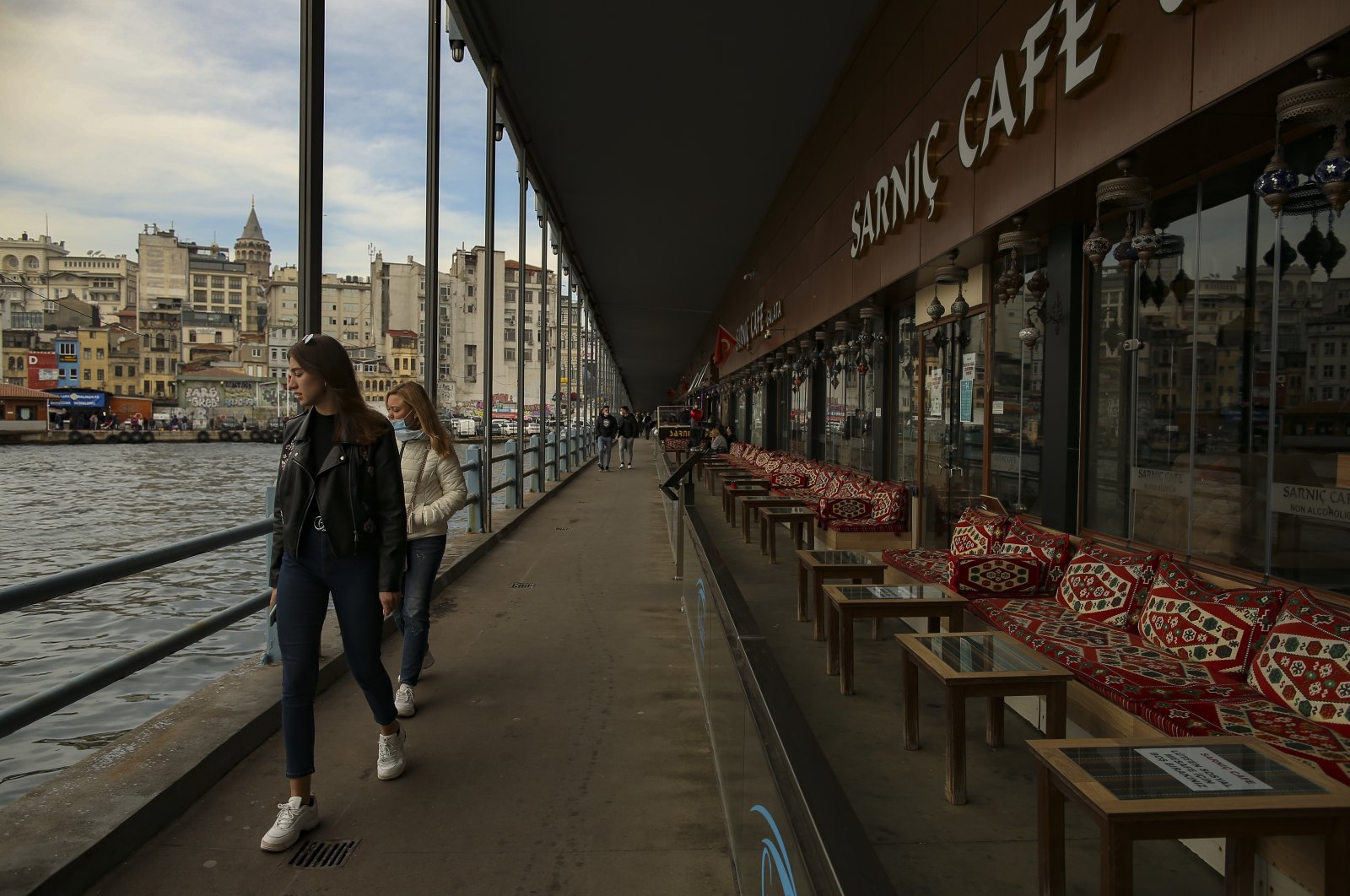 Over 59,000 COVID-19 cases were recorded in Turkey on Tuesday, marking the highest single-day figure in the country since the pandemic started last year.

A total of 59,187 cases, including 2,723 symptomatic patients, were confirmed across the country, according to the Health Ministry data.

Turkey's overall case tally is now over 3.96 million, while the nationwide death toll reached 34,455 with 273 fatalities over the past day.

As many as 52,104 more patients in the country won the battle against the virus, bringing the total number of recoveries to over 3.42 million.

More than 42.19 million coronavirus tests have been done in Turkey to date, with 306,563 more done since Monday.

The number of COVID-19 patients in critical condition has risen to 2,951, according to the latest Health Ministry figures.

New measures will be enforced starting Wednesday evening and continue for the first two weeks of the Muslim holy month of Ramadan, Erdoğan said after a Cabinet meeting.

The weekday curfew will now begin at 7 p.m., two hours earlier than the previous 9 p.m. start time, and last until 5 a.m., during which intercity travel will also be banned, except in emergency cases.

Cafes and restaurants will only provide delivery and takeout services, while wedding halls, sports centers, and game halls will remain closed until the end of Ramadan.

As a special measure for Ramadan, authorities also closed mosques to tarawih prayers, a collective prayer performed every evening throughout the month. The public is also cautioned not to perform the prayers in groups at home.

The governorates are also ordered to coordinate with local municipalities to take measures to prevent traffic jams, another common sight in Ramadan evenings, before iftar time. Also, the number of mass transit vehicles will be increased.

Overall, it will be a muted Ramadan for the faithful, with traditions changed or scaled back. Drummers, a staple of the month, are the only people spared from the impact of the pandemic. Similar to 2020, they will be back on the street to carry on the tradition of waking people up for sahur, the meal eaten before dawn during Ramadan.

Since December 2019, the pandemic has claimed more than 2.95 million lives in 192 countries and regions.

Nearly 136.9 million cases have been reported worldwide, with recoveries now over 77.98 million, according to figures compiled by the U.S.' Johns Hopkins University.