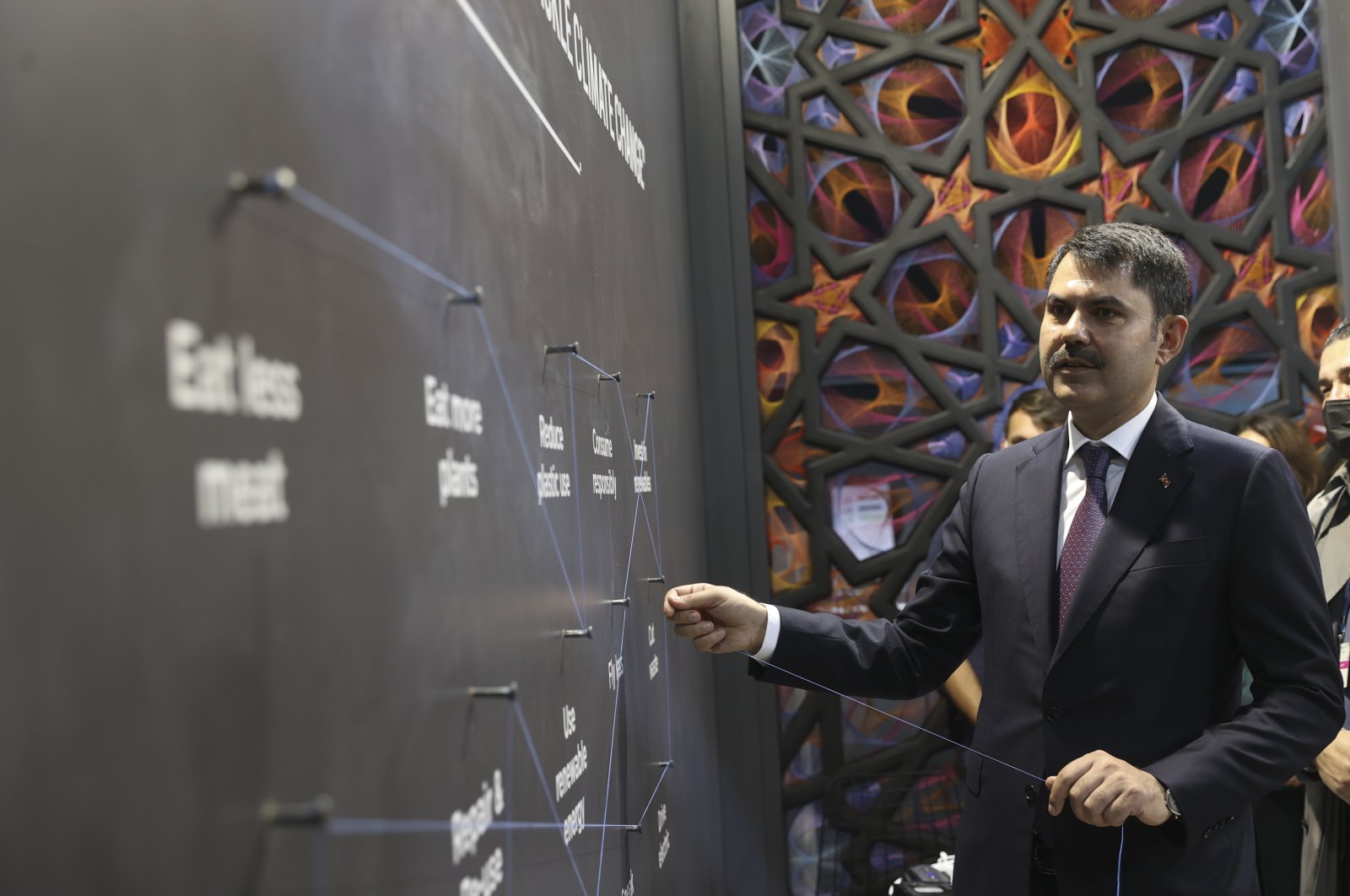 Kurum, whose ministry recently added “climate change” to its title, said the finances would serve as “leverage” and allow them to carry out projects costing “five times higher” than the funds. The minister noted that the new resource of cash would be spent within three years for “a sustainable economy, for green development.”

The country is feeling the impact of the climate crisis more often nowadays, particularly due to the ongoing drought that led to major bodies of water across Turkey drying up, a string of disasters and greenhouse gas emissions.

Speaking to Anadolu Agency (AA) on Monday in Glasgow where he is expected to attend a global climate summit, Kurum said that they did not view climate issues solely as environmental issues.

“It affects water, food and energy supply security and all the different matters and fields, from tourism to food production and transportation. So, it is both a development and a security issue. Our world has warmed 1.2 degrees Celsius (2.2 degrees Fahrenheit) and all countries are involved in a fight to stop this temperature rise. Turkey is among the most important countries taking part in this struggle,” he said. The minister noted that Turkey is highly represented in the climate summit and wanted to benefit from it as much as possible.

“We are now in the phase of green development like the rest of the world. In this new process, we want to be a leading, influential, managing country, not one simply affected by the developments. We hope to add new steps to our struggle against climate change,” he said.

Turkey initially backed out of ratifying the Paris climate deal, a major step for the commitment to the international struggle against the global phenomenon, arguing that its unfair treatment despite Ankara’s opposition toward “developing” countries cut off vital funds.

“Our president conducted talks with leaders of many countries to fix this mistake and we repeatedly made calls to this extent. Eventually, we achieved an important gain,” he said.

Kurum said the funds, set to be provided by the World Bank, the European Bank For Reconstruction and Development (EBRD), the United Nations and ministries of Germany and France, will be used in all sectors supporting what he called “Green Development,” from energy, agriculture, transportation to environment and urban planning. “By God’s will, we will join a process where we will achieve net-zero emissions by 2053 and become a carbon-neutral country,” he said.