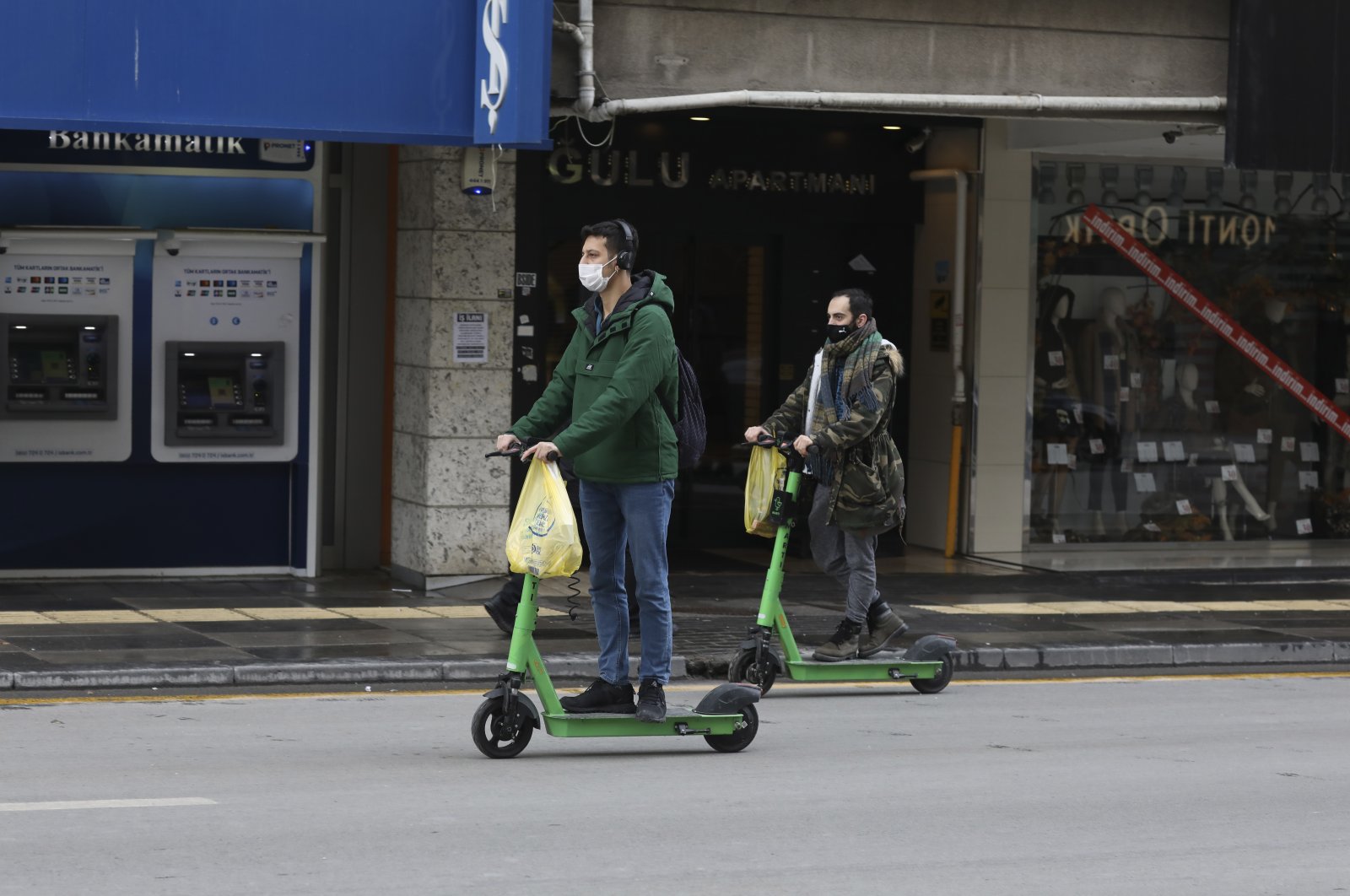 Turkey is seeing a gradual decline in the number of coronavirus patients thanks to a string of tight restrictions in force since last November. Along with the number of daily patients, it also helped to curb the number of people in intensive care. About three months after they climbed to 2,000 daily, the number of severely ill patients fell below that number this week.

A normalization period last summer was followed by a few months of sharp decline in the number of coronavirus cases in the country. Yet, as autumn began, cases began increasing dramatically. Intensive care units, which were less burdened during the summer, saw a rise in the number of severe cases, from around 1,500 in late September to 2,075 at the end of October. It hit a record high on Nov. 29 and reached 5,011. It was the same month when the government brought back curfews and expanded their scope, while businesses and schools were shut down indefinitely. The weekend curfews were later upgraded to nighttime curfews during weekdays.

The country welcomed the new year with a gradual drop in the case numbers and experts link it to the partial lockdown and more people obeying the measures. Professor Mustafa Necmi Ilhan, a member of the Health Ministry’s Coronavirus Scientific Advisory Board, says the impact of restrictions apparently contributed to a drop in the numbers, but the decline in the number of severely ill patients was slower than other cases. “People in intensive care currently are not those diagnosed today. They are usually patients diagnosed a few days before their health worsens and in some cases, people diagnosed two months ago with COVID-19,” he told Anadolu Agency (AA) on Tuesday. The drop in the number of daily fatalities is even slower, he pointed out. “For instance, we had 1,808 critical patients on Monday but deaths are still above 100,” he underlined.

Professor Alper Şener, an infectious diseases expert from Çanakkale Onsekiz Mart University (ÇOMÜ), paints a more gloomy picture. “Current figures should not deceive us into thinking that the pandemic may end quickly. We have seen in the past how the cases peaked. We should continue living like the outbreak is still in full force and adhere to rules like wearing masks, be wary of social distancing and cautious about hand hygiene. We should get vaccinated,” he told AA. He reiterated that Turkey was still in winter “technically.” “The spring is coming but bear in mind that the virus came to Turkey in the spring and never lost momentum in its first months. So, a difficult process awaits us, at least until June. If we want the number of cases to drop, we have no choice but to comply with measures,” he highlighted.

EU SUPPORT IN THE FIGHT

Turkey’s success in controlling the outbreak drew praise from the World Health Organization (WHO) and now the European Union seeks to support the country by boosting the national health care capacity. Turkish officials and officials from the EU Delegation to Turkey attended a ceremony in the capital Ankara on Tuesday for a project to that end. The project, part of the EU’s Instrument for Pre-Accession Assistance (IPA) for candidate countries, has a budget of 5.3 million euros ($6 million) and aims to contribute to the country’s test capacity, technical and workforce capacity of public health laboratories. Speaking at the ceremony, Deputy Foreign Minister Faruk Kaymakcı said the fight against COVID-19 necessitated joint action in Europe. “EU and Turkey work together in the framework of EU Solidarity Fund in this fight,” he said. Kaymakcı noted that the country cooperated with the continental body in a series of schemes, like the Green Line Regulation for safe shipping of goods from Turkey to European Union countries and vice versa.

Emine Alp Meşe, the deputy health minister who spoke at the ceremony, that the EU-funded project would improve the lab infrastructure of the Health Ministry against potential public health threats and for emergency preparedness. “The project will form the infrastructure for advanced molecular technology in virology labs for better tracking of infectious diseases and early warning against such diseases,” she said.