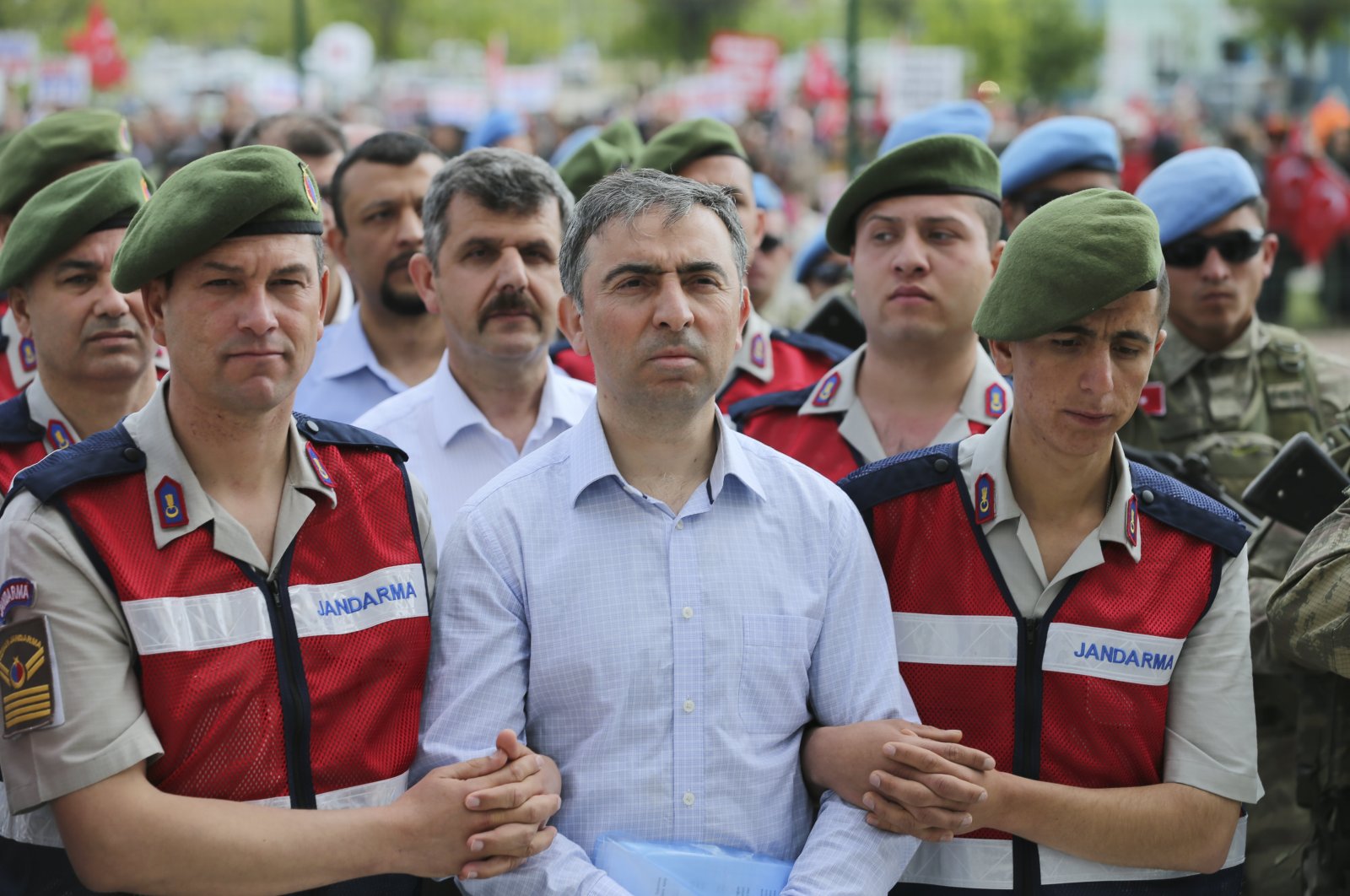 A court in the capital Ankara on Wednesday issued aggravated life sentences to six former officers that raided army headquarters and the offices of the public broadcaster, TRT, during the FETÖ terrorist group’s 2016 takeover bid

The last trial in the capital Ankara over the July 15, 2016, coup attempt concluded on Wednesday. It was one of the biggest trials on the brutal coup bid which killed 251 people and injured nearly 2,200 others. The legal process involved 497 defendants and ended with aggravated life imprisonment for six former military officers. Infiltrators from the Gülenist Terror Group (FETÖ) were behind the coup attempt.

Among them were former Col. Muhammet Tanju Poshor who was handed down two instances of aggravated life imprisonment. Poshor was the commander of putschists who stormed Turkish Radio Television Corporation (TRT), the country’s main public broadcaster. Ümit Gençer, a former lieutenant colonel involved in the same raid, was given one instance of aggravated life imprisonment. Fedakar Akça, a major who commanded a military team that stormed the office of the Chief of General Staff, the headquarters of the Turkish Armed Forces (TSK), was also handed down aggravated life imprisonment. Muhsin Kutsi Barış, a former colonel who has already been issued multiple life sentences in another coup-related trial, was sentenced to 61 years and six months in prison.

The trial is known as the “Presidential Guard Regiment trial” as most of the defendants were deployed at this prestigious military unit at the time of the coup attempt. The regiment, which was also tasked with contributing to other military units, was disbanded following the putsch bid, except for the honor guards who now hold a ceremonial role.

The trial which was among 289 trials on the coup attempt, started in October 2017 and has seen 243 hearings. The prosecutors have asked for life imprisonment for 90 defendants and lengthy prison terms for dozens of others. They also asked the court to acquit 264 suspects, mostly conscripts who claimed they were unaware of a coup attempt when their commanders ordered their deployment and followed superiors' orders. Eleven defendants in the case are at large. 104 defendants were remanded in custody after the coup attempt while others were released pending trial. Along with coup charges, they faced charges of membership of a terrorist group, in relation to their FETÖ associations.

The main focus of the trial was the TRT raid, which made the wider public aware of the coup attempt by military infiltrators of FETÖ. Ümit Gençer was accused of holding the broadcaster's staff at gunpoint and forcing Tijen Karaş, a presenter, to read the "martial law" declaration of the putschists' Peace At Home Council. Karaş and other staff were rescued hours later when the putschists surrendered after a large crowd of anti-coup citizens and police officers surrounded the building. Defendants have said in earlier hearings that Gençer himself would read the coup declaration before forcing Karaş at the last minute.

Among other defendants sentenced to aggravated life was Maj. Osman Koltarla, who was in charge of the security of the presidential complex at the time of the coup attempt. A crowd of anti-coup citizens had flocked to the complex in Ankara to protect it against putschists who killed several in airstrikes targeting the group.