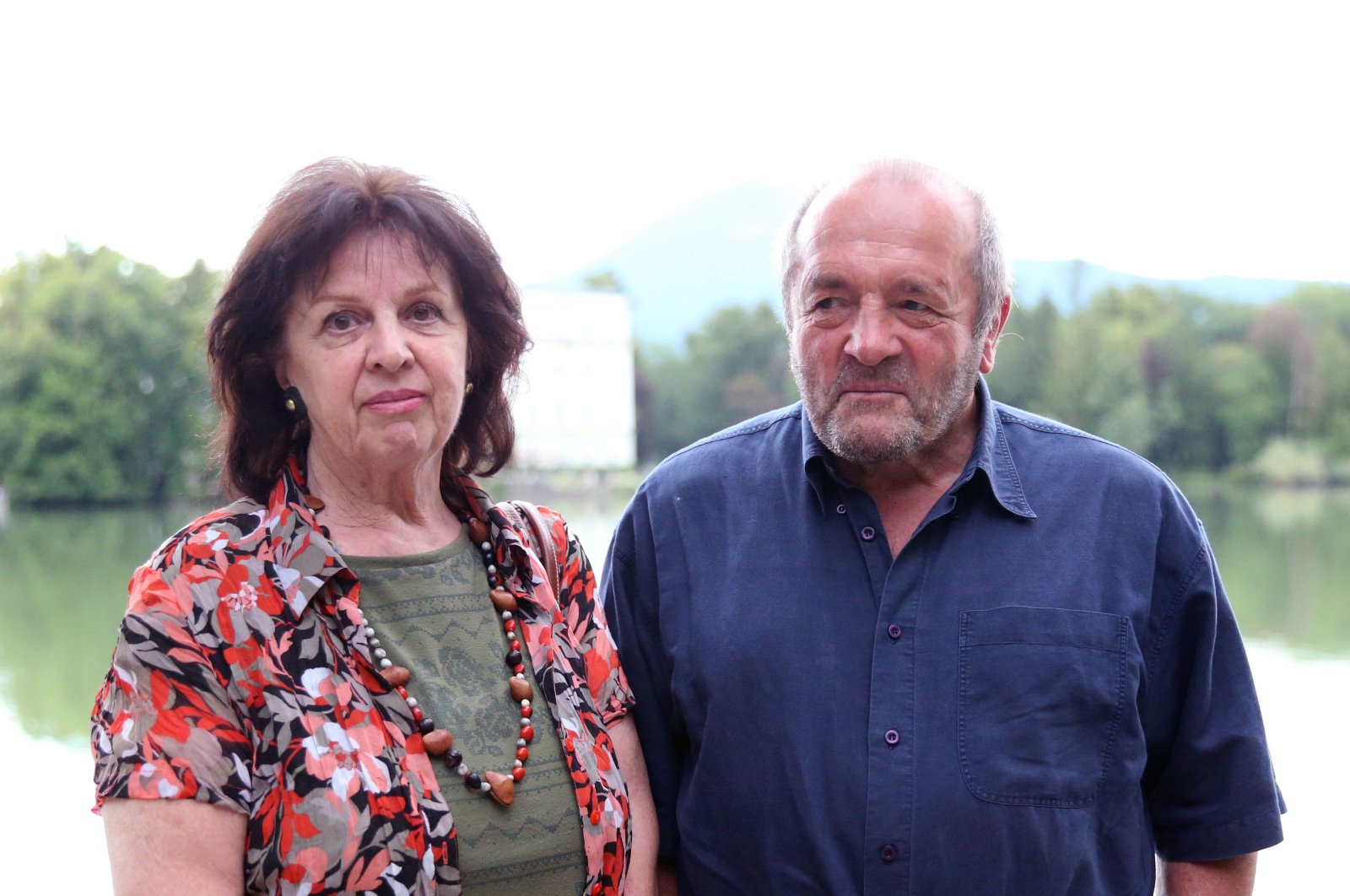 Roland Selim Kadir Osmanoğlu visited Turkey years ago but his father never had this chance, though he was one of the last heirs to a dynasty that reigned over modern-day Turkey and parts of Europe for centuries.

Selim Kadir Osmanoğlu is the great-grandson of Ottoman Sultan Abdülhamid II and the son of Prince Ertuğrul who settled in Austria after the descendants of the sultan were sent into exile after World War I.

“They offered him Austrian citizenship but he never accepted it, hoping he would be granted citizenship by Turkey one day,” Selim Kadir Osmanoğlu recalls. This dream, though, never came true for Ertuğrul, who died in 1994.

The 72-year-old Austrian resident spoke to the press for the first time, in an exclusive interview with Anadolu Agency (AA) and talked about his ancestors and his reunion with his relatives scattered around the world.

Selim Kadir Osmanoğlu is Şehzade (Prince) Mehmed Abdülkadir Efendi's granndson, Sultan Abdülhamid II's son. The prince left Turkey in 1924 when the Ottoman imperial family members were sent into exile and moved to Hungary’s Budapest. The family then resettled in Bulgaria where Efendi died in 1944.

After his father’s death, Ertuğrul traveled to Vienna to study medicine and spent the rest of his life there. Selim Kadir Osmanoğlu says he lost track of his father's whereabouts in Austria after his parents' divorce as he moved to Salzburg with his mother. He could not see his father until he was 18 as his stepfather did not allow it. Years later, he located his father in Vienna and together with his sister Leyla, visited him.

“My father always remembered his days in Turkey, how his grandfather Abdülhamid cared for him and how his room was full of toys. Austria repeatedly offered him citizenship but he rejected it. He preferred to stay stateless because he believed he would be granted Turkish citizenship. He was too old and frail to travel to Turkey but hoped he would return one day,” he said.

Ertuğrul spent all his life in Austria where he worked as a translator and was never in contact with other members of the Ottoman dynasty. Selim Kadir Osmanoğlu was able to reach out to his relatives years later, but unlike his father, he was able to visit Turkey in 1968, at a time when older members of Ottoman royalty were not allowed into the country.

“I was 19 and married. I traveled there with my wife and a friend because I was curious about the country where my roots were. I was young and inexperienced then and did not stay in Turkey more,” he recalled.

His reunion with other descendants of the royal Ottoman family took place much later, after a chance encounter of his sister with a Turkish pianist in Germany. The pianist Vedat Kosal’s mother helped them locate their relatives in Istanbul and before visiting Turkey again, they were also able to locate their uncle Alaeddin, who lived in Bulgaria.

In 2006, Selim Kadir Osmanoğlu attended a large gathering of Ottoman sultans’ descendants at Dolmabahçe Palace in Istanbul. “Among them were cousins I never knew. It was so exciting,” he recounted.