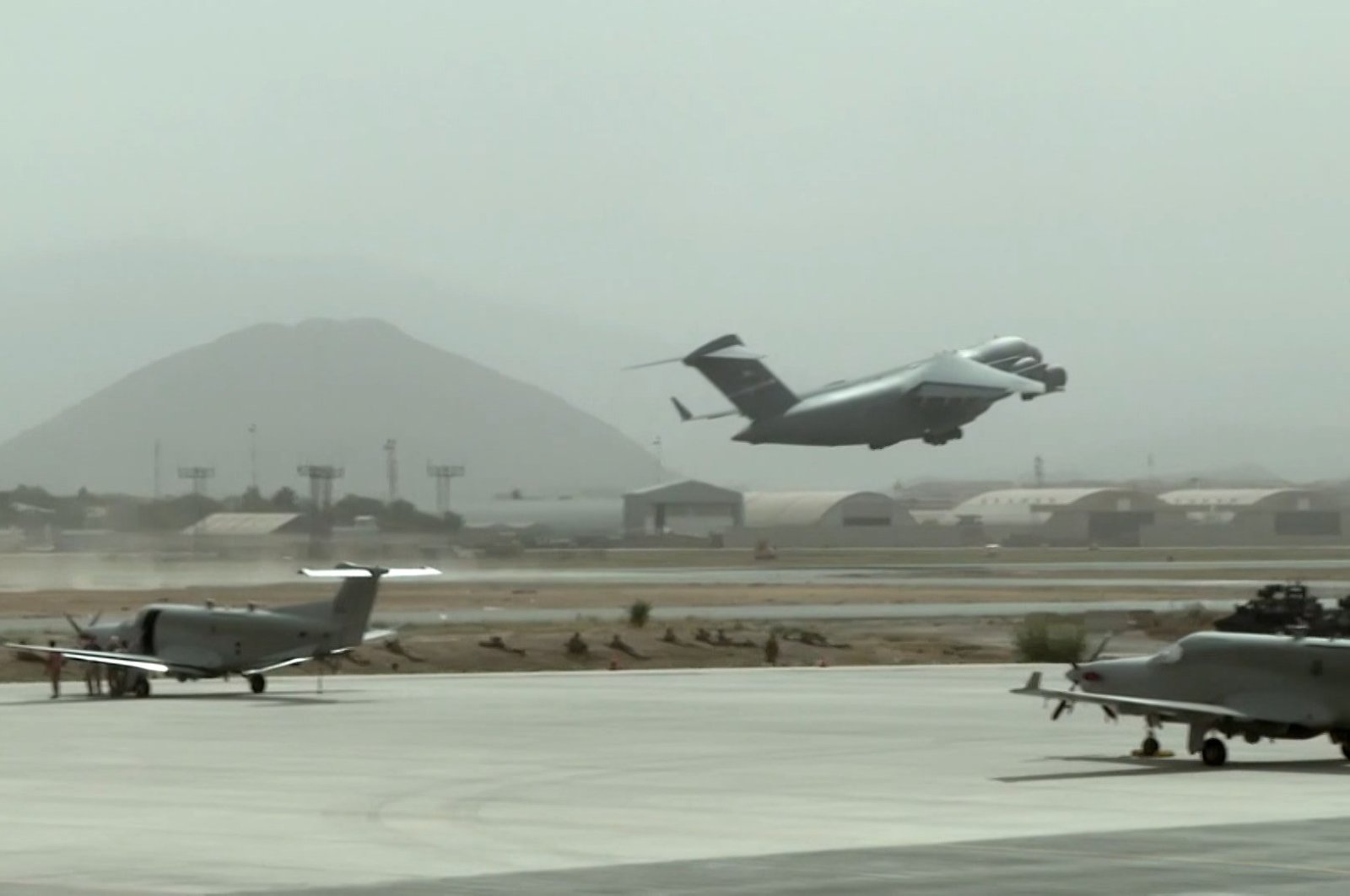 Some 357 people, including 16 infants, evacuated from Afghanistan's capital Kabul arrived in Istanbul on Sunday.

They were first taken to Pakistan on a Turkish air force transport plane and then brought to Istanbul on a Turkish Airlines flight.

"There was complete chaos at the (Kabul Hamid Karzai International Airport). We had a very difficult time getting out of there. I am just so glad to be in Turkey," Ersin Karaduman, owner of a construction firm in Afghanistan, told reporters in Istanbul.

Humayun Hayri, an Afghan with Turkish citizenship, said he was intent on leaving Afghanistan after the Taliban took control of the country.

Cemil Beyoğlu, another passenger, said he was elated to be in Turkey and expressed gratitude to President Recep Tayyip Erdoğan for the evacuation.

On Saturday, 160 people, including Turkish citizens and foreign nationals, airlifted from Kabul had arrived in Istanbul.

The unexpected power grab by the Taliban has triggered a rush to flee Afghanistan, including civilians who assisted foreign soldiers or groups and now fear retribution.

It took the Taliban just over a week to seize control of the country after a lightning sweep that ended in Kabul as Afghan government forces, trained for two decades and equipped by the United States and others at a cost of billions of dollars, melted away.