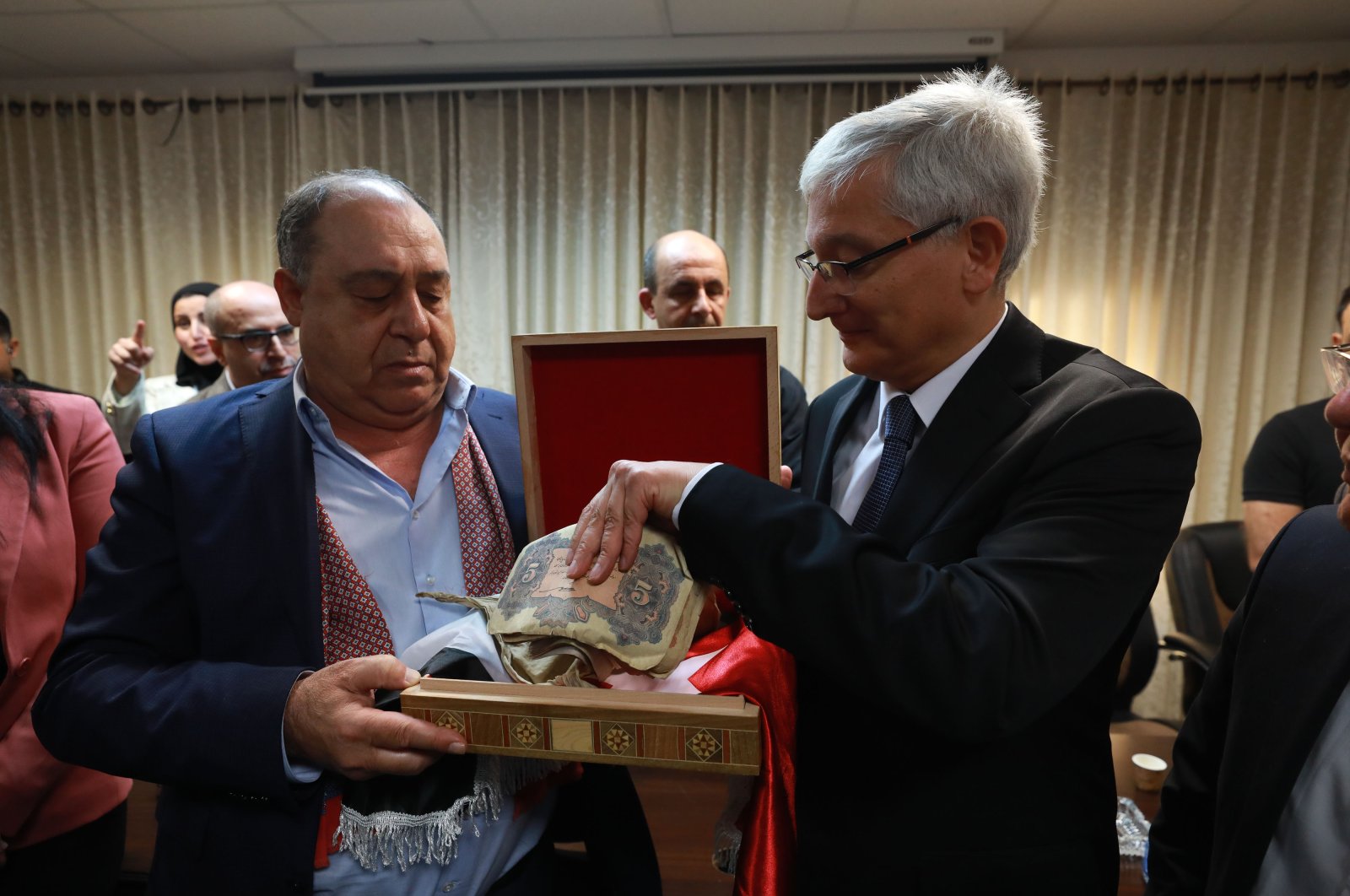 One Palestinian family's incredible devotion to the memory of an Ottoman soldier came to a meaningful end on Thursday. A century later, the family returned a bag of money entrusted to their grandfather by an Ottoman soldier, intact, to Turkey. The act of kindness was welcomed at a ceremony held at Nablus Governorate.

During World War I, an Ottoman soldier who was transferred to another front wrapped all of his money in a piece of cloth and entrusted it to the Palestinian Alul family's forefathers before moving on to his new assignment.

The family took care of the keepsake for 106 years before handing it over to Turkey's consul general.

Ragip Hilmi el-Alul, a family member, told Anadolu Agency (AA) that the story dates back to 1915, when the soldier gave his money to their ancestor Sir Rushdie, a well-known shopkeeper in Nablus, saying, "I will take it back if I can return."

The soldier, whose identity was unknown to the family, never returned, and the grandchildren of the shopkeeper continued protecting his keepsake, expecting that the soldier or one of his relatives would come to claim it. Indeed, the family did not even count the money thinking that it would breach the soldier's trust until AA reported on the keepsake in 2018, which contained 147 Ottoman liras.

The soldier's or his heirs' names are unknown, Demirer said, adding Turkey will protect the keepsake as carefully as the Alul family. "We promise that this keepsake will be a symbol of this friendship, this history," he added.

Hoping to see the keepsake handed to its rightful heir, Alul said: "We want this keepsake's story to be protected at a Turkish military museum."