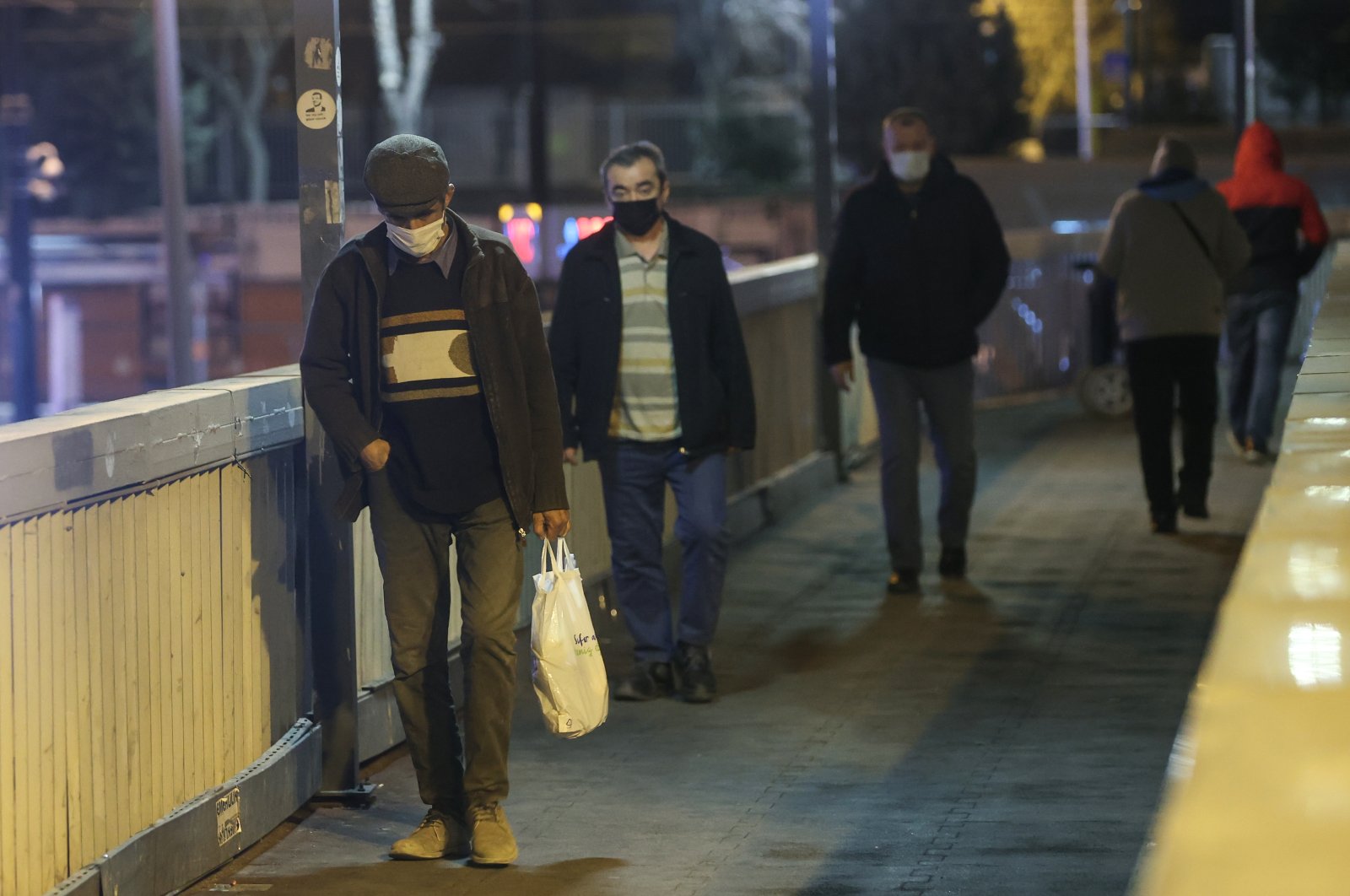 Turkey has been struggling with the coronavirus pandemic for nearly a year. A lot has happened since March, but one thing remains the same: the call to wear masks, adhere to social distancing and practice hand hygiene. The public was once laxer in complying with these rules but a new survey indicates that more and more people are following them as the outbreak worsens. A pandemic “fatigue” has also apparently come into play as more people now believe it will take at least one year to overcome the deadly outbreak.

The results of the survey, commissioned by the ruling Justice and Development Party (AK Party) and published by media outlets, also show rising interest in the COVID-19 vaccine among the public.

People not wearing masks were a common sight in the early months of the outbreak, but 97% of those participating in the survey say they are now wearing masks all the time while going out. Another 74% regularly used hand sanitizers while 65% shun taking mass transit, which is viewed as a potential ground for new infections. Around 73% of participants say they do not visit crowded places while another 71% stated that they never leave home unless necessary.

Only 1% of respondents said life has already returned to "normal," and the majority of interviewees said it will take another year for life to normalize. The other respondents were more optimistic, believing the good old days when mask-wearing and other strict rules were not mandatory will be back in six months.

After strict restrictions in spring 2020, Turkey eased into a normalization process early in the summer. The nation's number of patients steadily decreased, but as autumn began, a new surge in cases emerged. This forced authorities to bring back restrictions in November. In the ensuing two months, the number of cases started to decline though it occasionally fluctuates. Currently, the number of new daily cases remains below 10,000.

Experts say predicting an end to the outbreak is very difficult for now, but they remain hopeful as long as people comply with measures. Associate professor Afşin Emre Kayıpmaz, a member of the Health Ministry’s Coronavirus Scientific Advisory Board which makes recommendations to the government on restrictions, says this summer may be “more comfortable” for the public.

“If people remain vigilant on following the rules this month and in March and if the vaccination reaches more people, June and July will be better for us (in terms of a lower number of cases),” he told Anadolu Agency (AA) Saturday. He said that though Turkey has seen a decline in the number of cases, the school semester break gave people the opportunity to travel between cities and new virus variants emerged, contributing to the occasional rise in cases.

The latest figures by the Interior Ministry show that despite the potential boredom brought on by curfews and the partial lockdown on weekends, the public is largely complying with the measures. In the first week of February, only 32,181 people were fined for violating curfews in a country of more than 83 million people.

The outbreak, which has killed more than 26,000 people so far, has taken a significant toll on society. Forty-five percent of participants in the survey had at least one family member who has been infected with the virus. Some 22% among those infected had contracted the virus from another family member. In light of the clear danger, people now tend to support vaccines despite the presence of vocal anti-vaxxers and vaccine skeptics on social media. Close to 52% of the interviewees said they would get inoculated while those opposing the vaccine were largely people in the age group between 18 and 49, according to the survey.

Staying at home can help protect you against the coronavirus but other health problems have emerged in this new process. People have been postponing visits to the doctor for fear of COVID-19 infection. The survey showed that 45% of participants canceled doctors' appointments. Experts warn that this may lead to more diseases in the future, both in Turkey and in the world. Most people who participated in the survey say they now have headaches and sleeping problems. Almost half of them say they have gained weight during the pandemic.

Some 48% of people at the age of 49 and older who participated in the survey say they are taking antidepressants.