Passion for classic cars drove collector to own special Chevy 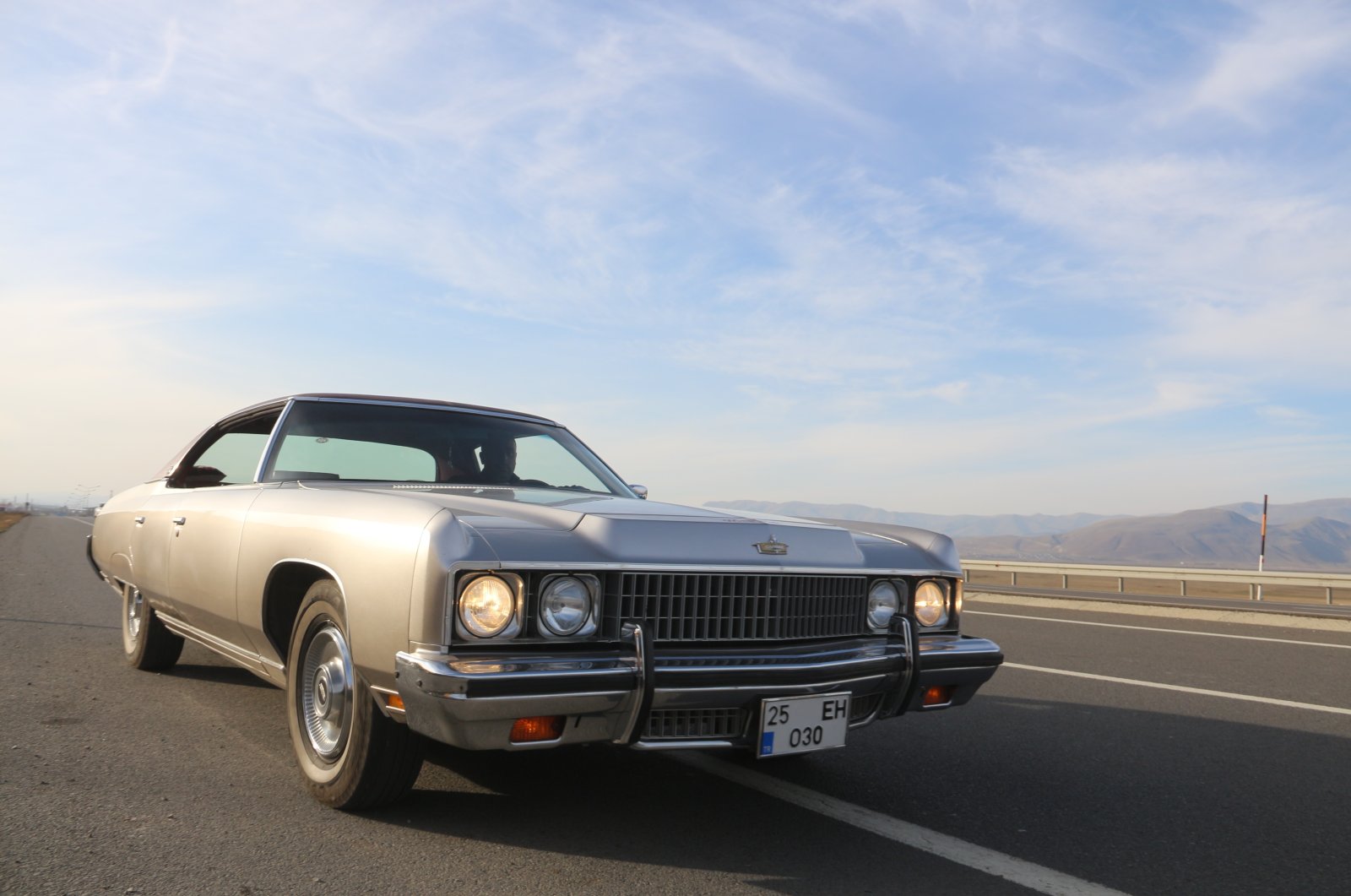 Businessperson Haluk Ertek, who has been pursuing his passion for classic cars for 20 years in Turkey's eastern city of Erzurum, has been carefully looking after his 1973 Chevrolet Caprice Classic for several years. But this car is no ordinary classic car.

Except for a new paint job, the car is completely original, having been looked after by Ertek and the previous four owners; however, that is not the only unique thing about the car.

Ertek has been looking after his vehicle for four years, ever since he bought it in Bursa and brought it to Erzurum with the help of a tow truck. Ertek drives his pride and joy only once a week.

The automatic transmission vehicle draws a lot of attention due to the absence of the pillar between its two doors and the fact that the glass of both doors appears as one large piece. Ertek, who received offers from photographers looking to use the car in wedding shoots, is very pleased with the interest shown in the vehicle.

On the other hand, Ertek said that there are many people who want to buy the vehicle; however, he is not thinking of selling it and is proud of looking after Türkeş's car.

Ertek said he had finally achieved his 20-year dream of acquiring the valuable vehicle and said: “I bought the vehicle from Bursa in 2018. Its first owner was Alparslan Türkeş. I am the fifth owner of the vehicle. The 1973 Chevrolet Caprice Classic, my car, is 48 years old. There is no pillar between the windows and it has an automatic transmission. I have been interested in these types of automobiles for 20 years. Finally, I have achieved my 20-year dream.”

Ertek said: “People are very interested in the vehicle. Everyone is curious. Those who get out of this vehicle do not want to get into another car. There are many people who want to be photographed, ask for a tour and want to use classic cars for their wedding. This vehicle is completely original, only the paint is not original. Absolutely everything has been preserved. It makes me proud to be the owner of Alparslan Türkeş's car. People are surprised when they hear that."

Noting that there is a lot of interest in the vehicle, but he does not intend to sell it, Ertek said: “People who see the vehicle in traffic constantly ask if it is for sale. Before I bought the vehicle, I was chasing classic vehicles just like them. I don't want to sell my vehicle."

A number of MHP members are also enthusiastic about classic cars. The Chairperson of the party Devlet Bahçeli is an avid collector and sometimes can be seen driving his classic cars.

He has also gifted several of his cars to lawmakers in his party including a Mercedes-Benz and Ford Mustang.