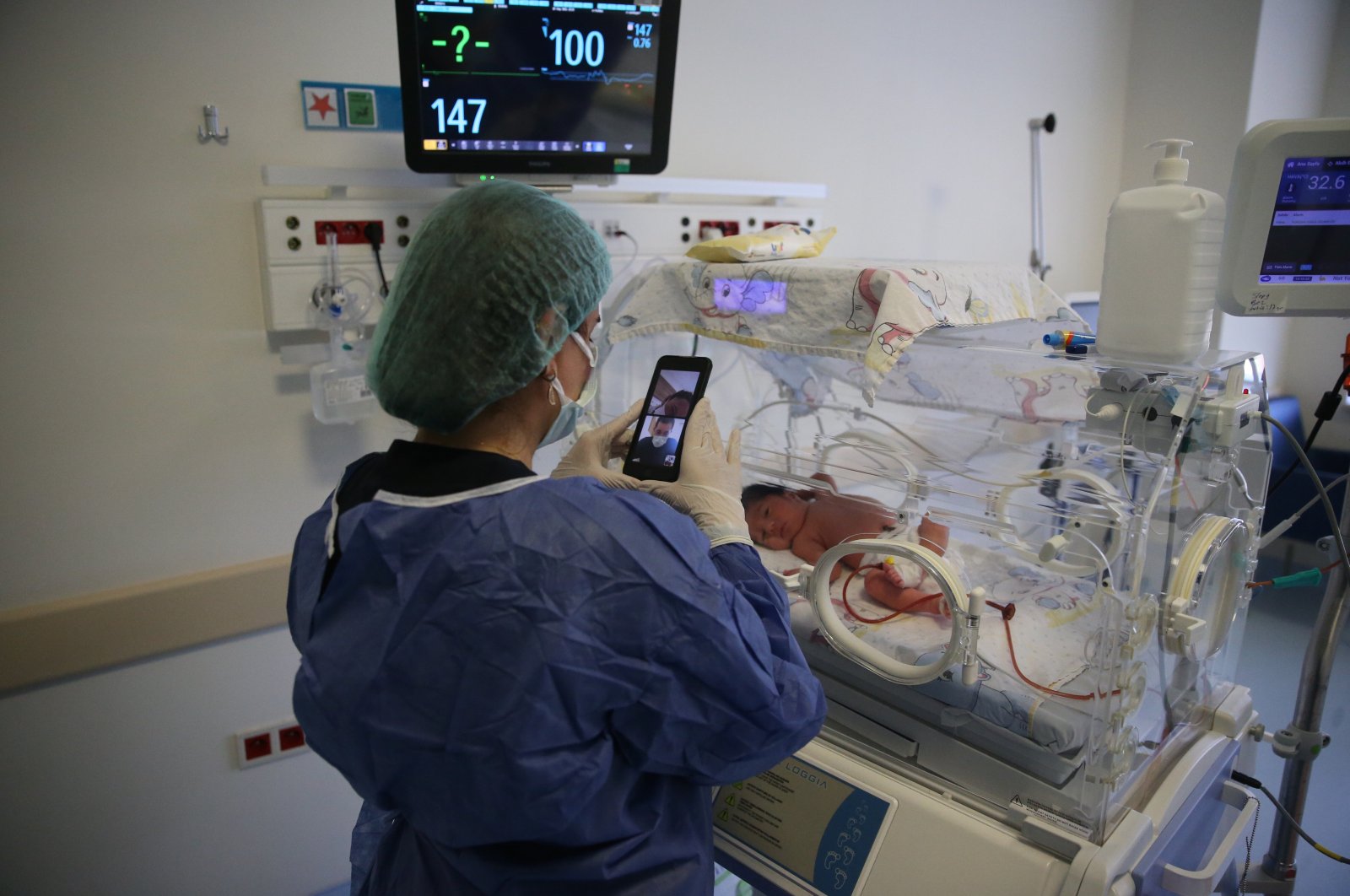 The tragedy strikes twice for families of pregnant women. Hospitals in Turkey have been reporting more deaths among expectant women who refuse vaccinations, losing their lives and their babies after contracting the coronavirus.

“We lost the usual number of pregnant women we do in one year in almost one month,” professor Özlem Moraloğlu Tekin of Ankara City Hospital laments. Coronavirus, a debilitating disease even for the healthy, takes a devastating toll on the pregnant and most suffer from the most severe form of the virus that has claimed more than 59,000 lives in Turkey since March 2020.

Doctors are repeatedly calling on expectant women to get their jabs, seeking to end the false mindset that inoculation is harmful to their health during pregnancy. At a time of escalation in pandemic due to delta and delta plus variants, the issue is of vital importance.

“We had pregnant women with COVID-19 last year as well but death risk almost quadrupled this year,” Tekin told the Anadolu Agency (AA). Tekin, who heads the maternity hospital of the city hospital complex in the Turkish capital, says both messenger RNA (mRNA) and inactive vaccines available in the country do not pose a risk for mothers and their babies as they are not “live” vaccines.

“They do not cause any side effects in babies and on the contrary, they create antibodies necessary to fight the virus. I call upon all mothers-to-be to be reasonable and have their vaccination,” she says.

She pointed out that new variants aggravated complications in expectant women and were particularly severe for women who also suffer from obesity, cardiovascular diseases, diabetes and high blood pressure.

The hospital ran a survey among pregnant women in the early days of the vaccination program and only 35% of them consented to get vaccinated. Tekin says most women were concerned about possible side effects on infants but international studies have proven otherwise, certifying vaccines as safe for expectant women.

“Currently, we have 25 pregnant women in our COVID-19 ward and unfortunately, none of them are vaccinated,” she added. She highlighted that coronavirus had no possibility to infect a baby in the womb and they took protective measures in maternity wards against possible infection after childbirth. She also pointed out that infection risks for newborns were higher in C-section births and they were striving to conduct more normal births.

Fatma Aybar is among the infected mothers who are being treated at the Ankara hospital. “I did not know that the pregnant can be vaccinated. If I knew, I would be ready to have even ten doses of vaccine,” the 29-year-old woman says.

“It started with breathing problems and continued with coughs, headaches and fever. I am glad that my last test is negative but I definitely recommend other women to get their vaccines, so they don't endanger themselves or their babies,” she says.

Professor Yeşim Bayoğlu Tekin, who heads a maternity ward at Trabzon Kanuni Training and Research Hospital in the eponymous northern province, says the number of pregnant women succumbing to the virus “increased seven times” in the province.

“This is very serious. All expectant mothers should have their vaccines,” she told Demirören News Agency (DHA). She says some died in the first stages of pregnancy and some died due to long-haul COVID-19 long after they had recovered from coronavirus.

“Pregnant women can have their vaccines three months after the start of their pregnancy. Even if they have side effects, they are mild. So far, we have no data that the vaccination causes deaths or severe complications among the pregnant,” she said.

For Tülin Sargın, getting vaccinated was not something to hesitate upon. The 34-year-old found out she was infected the day she learned about her pregnancy. As a matter of fact, she got to know that she was expecting by chance when she went to the hospital to run some tests for an unrelated health condition.

The woman, who lives in the southern province of Antalya, later found out that her two daughters and mother-in-law she lives with were also infected. It would take another eight months before she was eligible for vaccination and without thinking about it further, she had her two doses within 21 days. “I overcame the bad times by thinking about my baby,” she says. “I was terrified that he would suffer,” she told AA as she patted her newborn son Mehmet Aras.

“I was hearing about pregnant women with COVID-19 who died. I was worried. There was still time for vaccine eligibility after I recovered. I was checking daily if my time came and I had my jabs the day I was deemed fit,” she says. “I wanted to protect him before he was born,” she added.