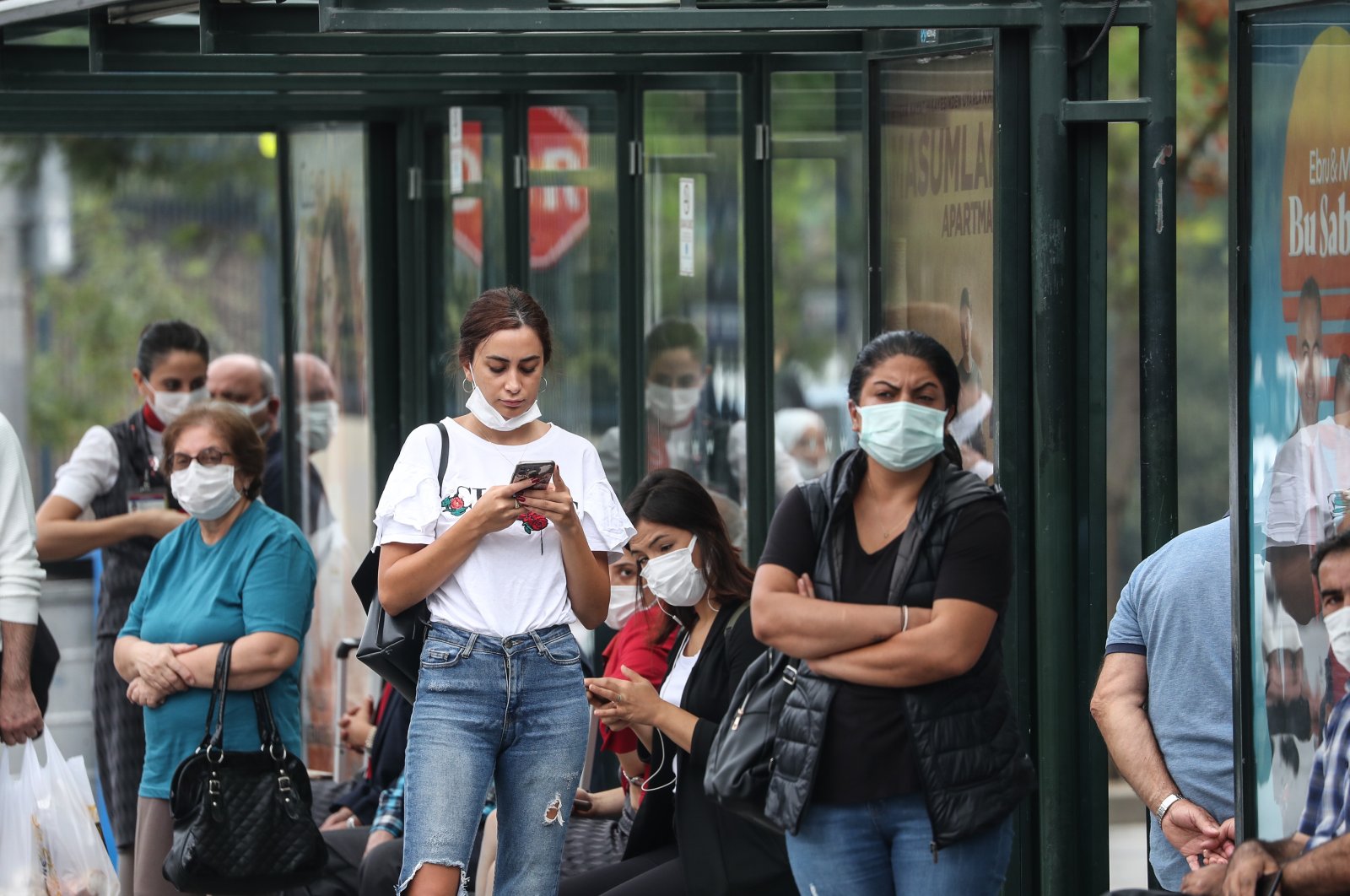 A member of the Coronavirus Scientific Advisory Board warned that the delta plus variant of the disease is taking hold in the country, driving patients to intensive care while the health minister reminded the public to protect themselves amid a case surge

Turkey is fighting both delta and delta plus variants of coronavirus as the number of daily infections is hitting new highs. According to a member of the Coronavirus Scientific Advisory Board advising the government on pandemic measures, they are seeing more delta plus cases recently.

“Sometimes, they fail to respond to treatment,” professor Alper Şener says, noting that patients with delta plus often end up in intensive care. Health Minister Fahrettin Koca said late Wednesday that although Turkey is “out of turmoil,” people should adhere to rules like mandatory masks and social distancing.

The delta plus variant was first reported in a Public Health England Bulletin on June 11. It is a sub-lineage of the delta variant first detected in India and has acquired the spike protein mutation called K417N, which is also found in the beta variant first identified in South Africa. Some scientists worry that the mutation, coupled with other existing features of the delta variant, could make it more transmissible. It has been detected in several countries, including Britain, Canada, India, Japan, Nepal, Poland, Portugal, Russia, Switzerland, Turkey and the United States. Britain said its first five cases were sequenced on April 26, and they were contacts of individuals who had traveled from or transited through Nepal and Turkey.

Turkey first reported three cases of the delta plus in the entire country in July. Although this number later increased as health authorities said, the exact figure is not available.

Şener says variants are a concern and Turkey needs to wrap up its vaccination program to prevent them. “The vaccination is the best weapon against the pandemic. Having your first dose is not important. You should absolutely have a second dose as well and (booster) doses. A complete immunity is possible with three doses of CoronaVac or two doses of Pfizer-BioNTech,” he told Anadolu Agency (AA) on Thursday, referring to two vaccines available in the country. He hailed a rising interest in the vaccination, “following a rise in the number of variant cases and after mandatory polymerase chain reaction (PCR) tests” requested from the unvaccinated.

Speaking after Coronavirus Scientific Advisory Board’s meeting on Wednesday, Koca said the vaccination program was continuing successfully and they have accomplished major gains in the first-dose inoculation.

”(The) majority of new cases and losses of lives are among the unvaccinated. It shows how big a catastrophe we would have faced if we did not have the vaccines. It is impossible to stop infections without achieving mass immunity,” he said. Koca said Turkey was “out of the atmosphere of turmoil and concern” in the pandemic but it depends on the public to “make it permanent” by complying with measures like masks, social distancing and hygiene.

New weekly figures announced by the Health Ministry on Thursday show a relative decline in the number of cases though still, they are above 450 per 100,000 people in provinces with the highest rate of cases. The northern province of Rize has the highest number at 488, for the period between Sept. 4 and Sept. 10, down from 653 in the period between Aug. 28 and Sept. 3. In the most crowded city of Istanbul, weekly cases per 100,000 stand at 183. The provinces of Kilis, Erzincan and Malatya dominate the list of provinces with the sharpest increase in weekly cases respectively.

The surge in the number of cases is worrying at a time of return to in-person education. Schools were reopened for the new school year earlier this month with strict measures against the pandemic. Although none of the schools have been closed so far, in-person education was suspended in dozens of classes across the country due to cases.

The government is determined to keep the schools open and has prepared contingency plans to that end, according to Turkish media outlets. Media reports say these plans include delegating powers to local education authorities to decide on the matter based on surges specific to each province, reducing school hours and keeping schools open on weekends as well to compensate for potential educational losses in classes due to the pandemic.

Health Minister Koca also announced on Wednesday that they plan to run polymerase chain reaction (PCR) tests on students if parents consent to it.

Experts warn the pandemic may worsen without measures this season as more people spend time indoors, which, in turn, affects students. Schools, especially those in big cities, have also seen an increase in the number of students this year and some schools have at least 30 students per classroom according to media reports, prompting fears of infections in such close quarters.