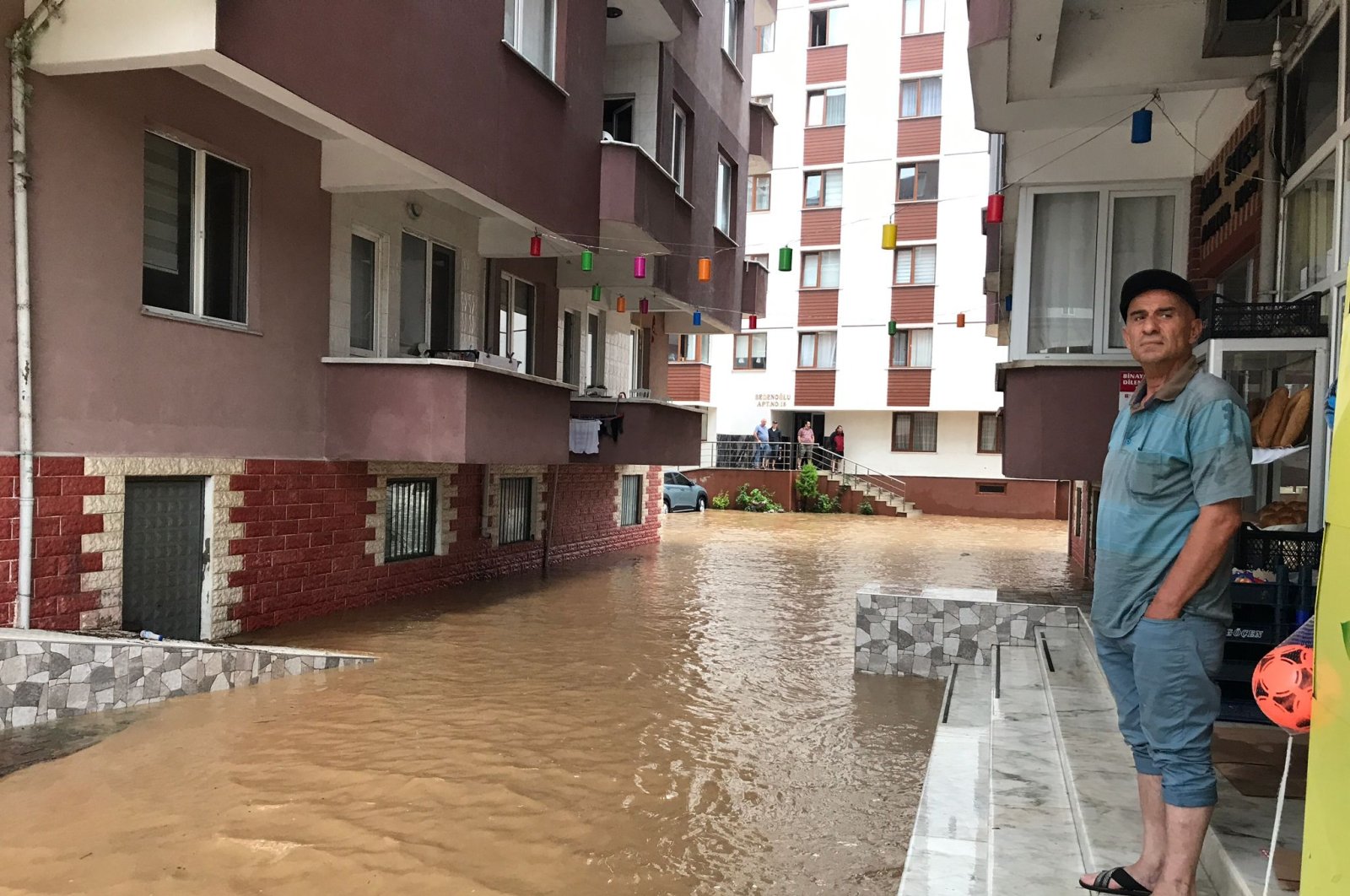 As disastrous flooding continues to threaten the Black Sea region, President Recep Tayyip Erdoğan traveled to Rize where six people were killed last week in floods and landslides. The president, who visited his hometown Güneysu in Rize, listened to the locals of the town impacted by floods and addressed residents.

Six people died in Rize and two others are still missing due to flooding and landslides triggered by heavy rain last week.

"In the first stage, we will build a total of 550 buildings for the structures that were affected by the flood disaster on July 15 and are at risk of disaster across Rize,” Erdoğan told the crowd. Some TL 3 million ($350,000) has already been allocated to help the relief effort in the region and support for rent and relocation has been provided to the flood victims in Rize, the president said.

Erdoğan also said that 665 buildings have been deemed at risk in the event of flooding in Rize. "While this area is being evacuated, we are realizing our projects to heal the wounds."

"Water is supplied to the entire disaster area, and there is no problem in drinking water, energy, communication, or communication,” he noted. In Rize alone, so far 2,860 personnel, including 328 search and rescue team members, as well as 705 vehicles have been put to use, Erdoğan said. "Almost all of the 426 roads that were closed due to the floods opened to traffic.”

The neighboring Artvin province has also been affected by heavy rain and as of Thursday, around 200 people had been evacuated due to flooding in the region. The Arhavi River overflowed due to heavy rain, badly affecting the district center and village roads in Artvin, the Disaster and Emergency Management Authority (AFAD) said. On Twitter, Health Minister Fahrettin Koca said that one person had been rescued from the rubble in Arhavi and taken to a hospital and that they were in good condition. Interior Minister Süleyman Soylu and Transport and Infrastructure Minister Adil Karaismailoğlu also visited the flood-hit region on Thursday.