Probe launched after horses sent away from Istanbul ‘go missing’ 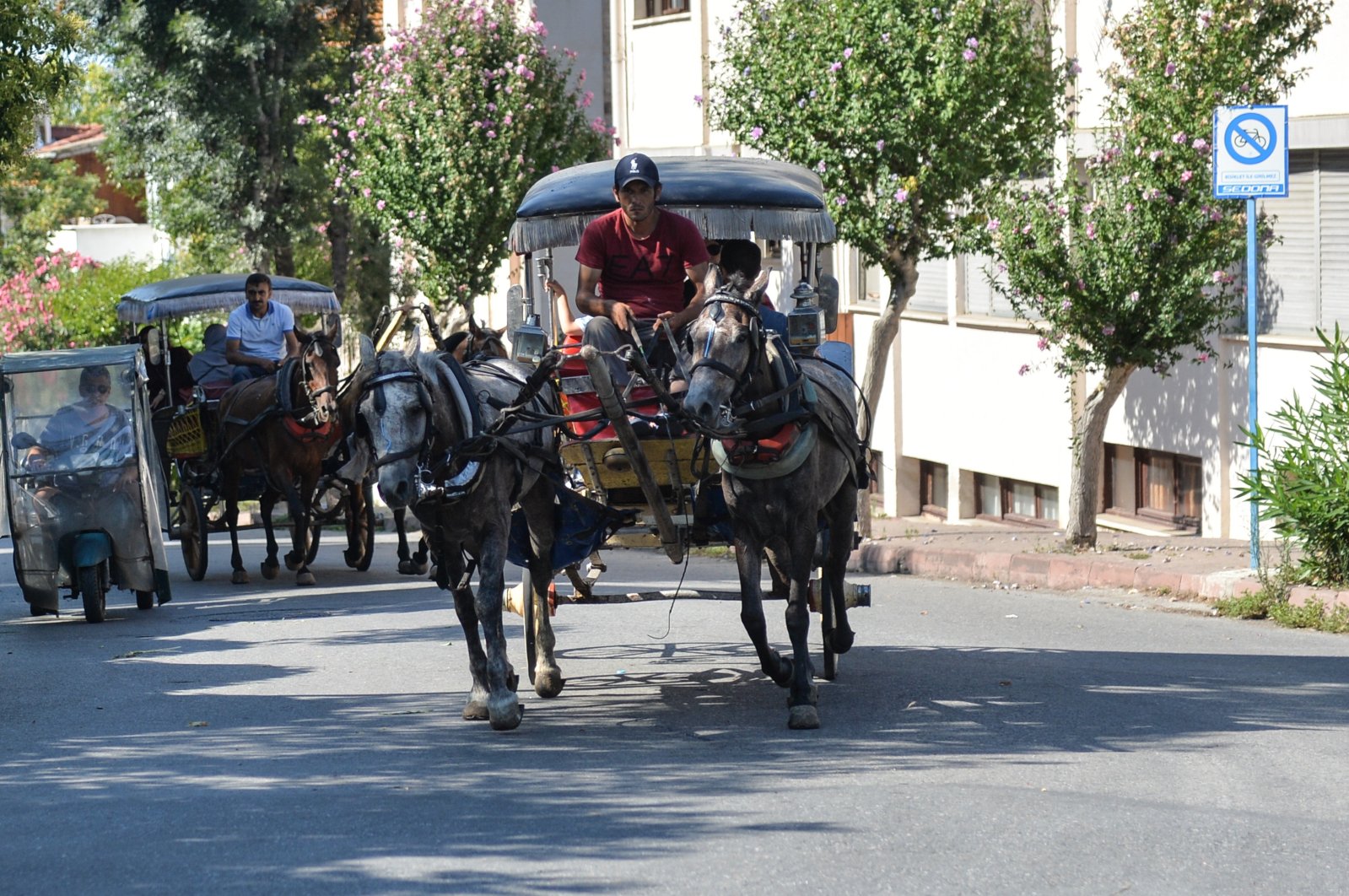 Authorities launched an investigation into the fate of 99 horses that were rescued from pulling carriages in Istanbul but somehow disappeared in Hatay, a southern province.

Istanbul Metropolitan Municipality (IBB) had delivered horses to several municipalities across the country after a ban on horse-drawn carriages on the city’s Princes’ Islands in 2019. Dörtyol, a district in Hatay, a southern province near the Syrian border, was among the places horses were sent. Yıldıray Yıldız, director of the municipality’s veterinary services department, filed a complaint to the local prosecutor’s office, claiming the horses, apparently delivered to the mayor and a municipality official, were nowhere to be seen. Mayor Fadıl Keskin, on the other hand, said he signed documents for the delivery of “49 horses,” and his subordinates had handled the reception of the animals.

The IBB sent 100 horses to Dörtyol municipality in August 2020, and one died while en route to the district. Yıldız said as the head of the veterinary department, he was not aware of what happened to the horses and learned about them only after two municipal council members notified him. He said he found that 50 horses had been delivered to the municipality after Keskin and other officials signed documents, but their department never received the horses. The IBB said in a statement that the animals were properly delivered, and it was Dörtyol municipality’s duty to take care of the horses. The Dörtyol mayor said he only signed documents to receive the horses and for their delivery to horse farms and horseback riding venues and that he would later make “comments” on the issue.

Over the past few years, several other Turkish cities and towns banned the use of horse-drawn carriages for transport or for touristic purposes. Public outcry, increasing animal rights activism after accidents and the COVID-19 pandemic marked the end of the centurieslong tradition after the Istanbul Governorate imposed a ban in December 2019. This ban was later made permanent as the IBB pledged to introduce electric vehicles to replace horse-drawn carriages.

IBB’s treatment of horses had drawn the ire of animal rights activists. Earlier this month, they rallied outside a stable run by the municipality on Büyükada, one of the Princes’ Islands, to protest what they called poor living conditions of horses kept there. Activists had claimed that some 130 horses were kept locked in the stable and were not allowed outside and some died because due to inactivity. Activists had also stopped the demolition of stables on another island off Istanbul, claiming that the horses living there would not be given a proper place to live.