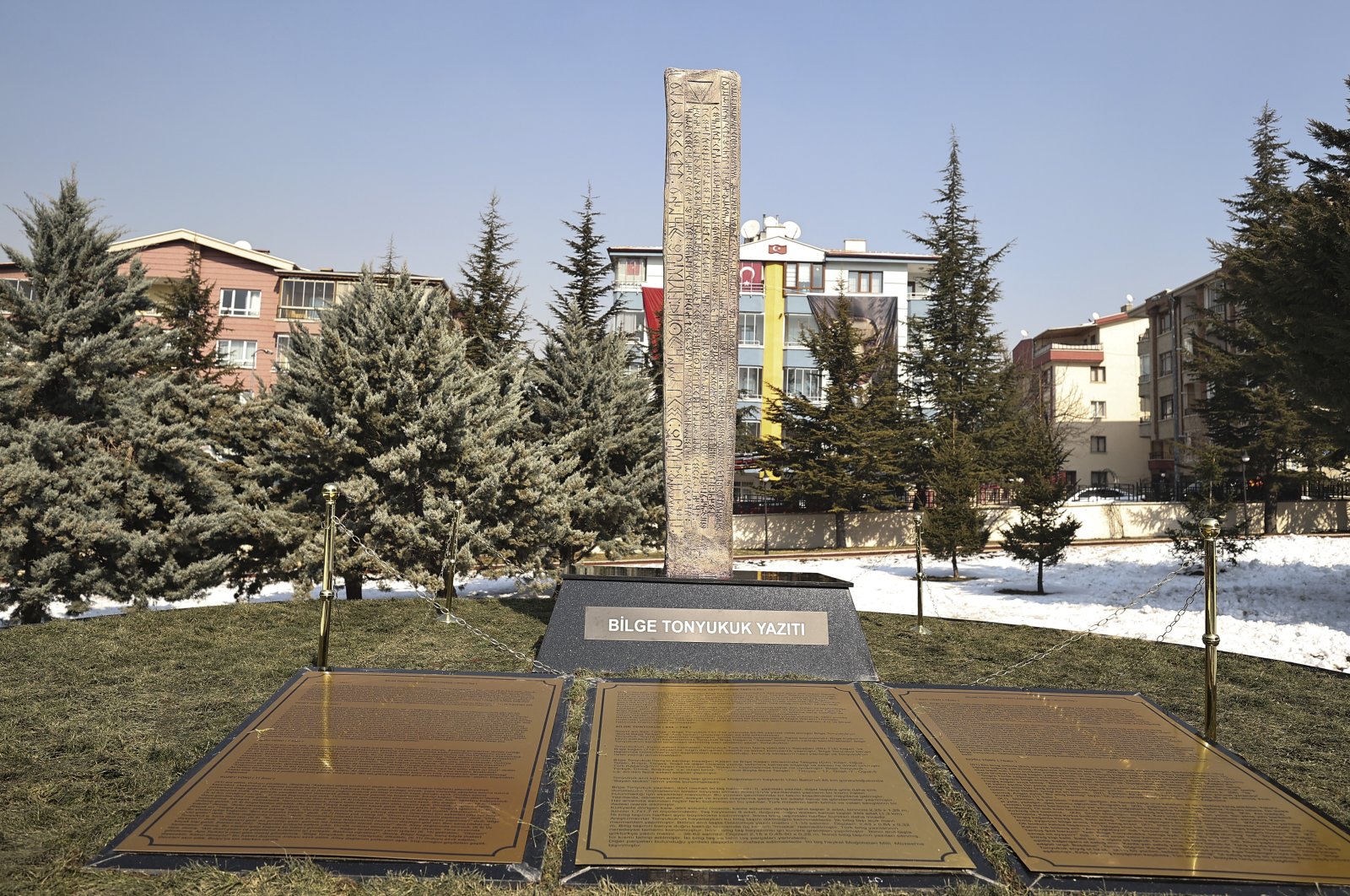 A replica of the legendary Tonyukuk inscriptions, a relic of early Turkic civilization in Asia, was unveiled at a park in the capital Ankara on Monday.

The 1,300-year-old Turkic inscriptions are located in present-day Mongolia and reflect the historical events that occurred during the Göktürk era in Central Asia.

Tonyukuk, an essential figure in Turkic history, was a supreme commander and adviser of four successive Göktürk khagans, while the Tonyukuk inscriptions from the eighth century are believed to be the oldest written attestations of the Turkic language family.

Speaking during the opening ceremony at Turkic World Tonyukuk Park where the inscriptions were erected, Şentop said 2021 – announced earlier as the year of Yunus Emre and the Turkish language by the government – comes as an opportunity to commemorate the esteemed personalities as well as the scientific, artistic and cultural activities of the nation's ancestors who left behind the language, homeland and Turkic identity as their legacy.

"Just as the national cultural heritage was conveyed to us, it is also a national duty to transfer it to our children and youth," he said. Şentop also underlined that the events devoted to celebrating the 1,300th anniversary of the Tonyukuk inscriptions were included on the UNESCO events list based on Turkey's proposal.

While emphasizing that the Tonyukuk monuments, together with the Orkhon inscriptions, are precious to Turkic nations, Şentop said their messages contain "exemplary determinations and evaluations" of current times. He also stressed that the inscriptions contain apothegmatic examples of how nations that lost their unity, that allowed the weakening of their loyalty to the state and nation, were fooled into the political games of other nations and states, becoming alienated from their own culture and language, before eventually losing their independence to become the "slaves of other nations."

Darhan Qydyrali, head of the International Turkic Academy, which co-funded the construction of the monument, thanked the Turkish government for paying significant attention to history. He said that in the Göktürk era, a time when many nations didn't even have an alphabet, the Tonyukuk inscriptions were written in Turkic on the stones.

"Tonyukuk is an eternal symbol of wisdom and the Turkic language in the glorious history of Turkic nations," Qydyrali said, adding that the monument is "the first one" erected with reference to Turks. He said the Turkic language "transcends centuries and continents" and is a "noble asset" that today unites more than 350 million Turkic people.

"Our ancestor Bilge (Wise) Tonyukuk, who engraved the Turkic language on the stones, glorified our mother tongue," he said.