Report calls for building renewal amid quake risk in Turkey 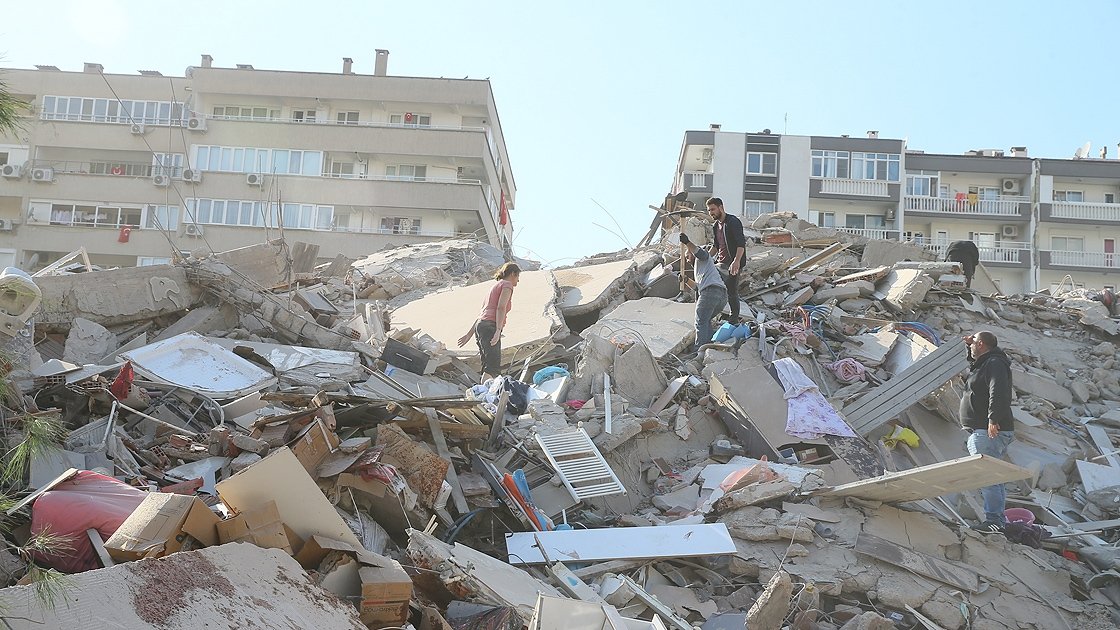 After four months of work, a parliamentary inquiry committee has drafted a report on earthquakes, which remain a constant threat to Turkey. The report, which will be presented to authorities after further additions, calls for reversing the trend of migration from the countryside to cities and “transforming” nearly 7 million buildings under disaster risk.

The committee was established in the aftermath of a deadly earthquake that hit the Aegean region last year. The draft report, published by Hürriyet newspaper on Friday, urges the demolition of risky buildings or reinforcing them to resist future earthquakes. It also recommends a string of other measures. Those include the preparation of a comprehensive disaster action plan, updating a master plan on the issue, determining new strategies for zoning, damage analysis, risk analysis, early warning and response systems, analyzing landslide risks for the country, as well as designating more areas for gathering and accommodation in case of an earthquake.

Densely populated big cities in the west are considered high-risk according to the inquiry. To that extent, the committee advised creating incentives for settlement in sparsely-populated rural areas. The authors of the report said it would help relieve increasing demand for new buildings in big cities.

The committee’s chairperson Recep Uncuoğlu, a lawmaker from the ruling Justice and Development Party (AK Party) told Anadolu Agency (AA) last week that they would also suggest regulations to prevent the sale of risky buildings. The committee has heard from 97 people from different public agencies and nongovernmental organizations so far and assessed 62 reports and documents on the issue. It will also visit İzmir and Elazığ, two provinces recently hit by earthquakes.

The Turkish Parliament has set up committees on earthquakes before, but it aims to prepare a more comprehensive report this time, Uncuoğlu said. The lawmaker, who himself experienced the 1999 earthquake which killed thousands in northwestern Turkey, said there was a need for awareness on reinforcing buildings and building new ones in compliance with regulations for protection against disasters. He also highlighted the need for “transformation” in villages where buildings are less resistant to earthquakes.

Turkey is already pursuing an ambitious, nationwide “urban transformation” project that involves the demolition of decrepit, old buildings and replacing them with new ones in line with earthquake protection standards.

Since the 1950s, Turkey has seen a mass migration movement from rural places to the big cities in the west. Uncontrolled migration, combined with haphazard zoning plans, gave way to the creation of “concrete jungles”, especially in metropolises like Istanbul, where more than 15 million people live on a relatively small piece of land.